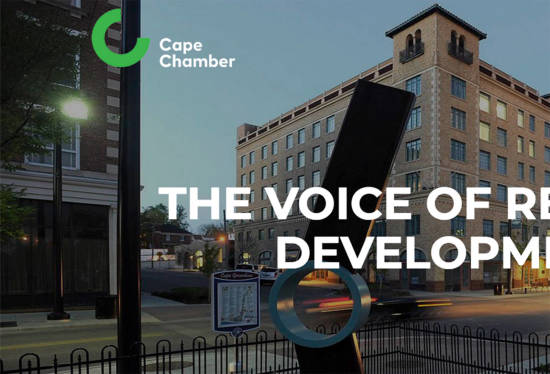 The Cape Girardeau Area Chamber of Commerce powers a lot of economic progress in the region, but its development of leaders may be one of its most important roles.

It does this on a number of levels, most obviously through its Leadership Cape program, which celebrated its 30th year in 2019. Other influences are more subtle. At chamber board meetings, board members -- who may or may not otherwise be civically engaged outside their own businesses -- are exposed to oftentimes controversial community issues. This is done in conjunction with ongoing briefings by various local institutions. And quietly, longtime chamber director John Mehner and his staff are go-to references for potential members to city advisory committees and non-profit leadership boards.

Such board roles are payless and usually thankless, but they are vital to a vibrant community, and knowing who's well-intentioned, informed and inclined to serve is a valuable resource. The chamber's role in finding such volunteers is usually unrecognized (and can be misunderstood), but our community would be severely hampered without it.

Leadership Cape is at the heart of the chamber's strategy to develop future leaders. While not all who go through it are early in their careers, most are, and they're the kind of individuals poised to take on new challenges going forward. Over the years since I was in one of its first classes, the program has morphed, but a key component remains developing relationships with those in a range of current leadership positions. This happens largely through sessions where Leadership Cape students engage with themed presentations by local CEOs and officials: from healthcare to government, education to public safety, manufacturing to media.

The biggest change over the years is how the program seeks to develop leadership skills -- and rapport -- among the participants. The program now expects more than showing up, listening and engaging. Students are expected to identify a specific project and devise an executable plan. The culmination of this project-oriented training takes place at a First Friday Coffee each year, where the teams present their ideas. This year's presentations took place last Friday. Roughly 300 attended.

Southeast Missourian business editor Jay Wolz already reported on the projects, but they're worth repeating. One idea was a "Downtown Ambassadors" program. Besides providing hospitality to visitors during special events and weekends, trained ambassadors would also be, as Wolz wrote, "extra sets of eyes for the Cape Girardeau Police Department to help make the downtown area safe and welcoming."

The "Cape Cultural Festival" was an idea for a one-day festival celebrating international diversity with a parade; ethnic food from around the world; music and dancing; a global bazaar; and more. Southeast Missouri State already hosts a similar event for its international students, which is a blast. Widening it would allow those who live and work here, and who have an international heritage, to share and celebrate. Anyone who's lived in an urban area knows that such festivals are popular -- and tasty!

Heading up the program is chamber vice-president Kim Voelker, who does an outstanding job, with assistance by Dana Brune, membership and event specialist for the chamber. Voelker told me that one of her favorite parts of the program is seeing individuals flourish. "I've witnessed individuals come out of their shell and become more self-confident in their abilities, and to me that is invaluable," she said.

Over the years, several ideas that surfaced in Leadership Cape projects have come to fruition. Not all were a direct result of the projects, but surfacing them no doubt helped their momentum. For example, a downtown music festival repeatedly emerged as an idea. And now, Cape hosts a dynamic one with the Shipyard Music Festival (produced by rustmedia and The Scout) with this year's festival coming up Sept. 27 and 28. Other ideas that have become reality include a downtown Main Street program (Old Town Cape), wayfinding signs, a family Aqua Plex (Cape Splash), skateboard park, dog park, hiking trail extensions, local children's museum (Discovery Playhouse), downtown farmer's market, playground for children with disabilities (Melaina's Magical Playland) and others.

The Jackson Chamber has its own leadership program, which influences the area. The past few years, it has enhanced its program with more structured leadership training via a John Maxwell course.

Going through either chamber program is not necessary to being a leader in the community, and diversity of experience is important to robust solutions. But we should all be thankful that the programs exist. America is a special place, because private citizens take leadership roles in government and community service. From planning and zoning committees to community improvement districts, United Way to cancer groups, volunteer leaders and entrepreneurs improve the quality of life for all of us.

If you're wondering about how you can help improve and influence our community, a great place to start could be at a chamber leadership program. And if you're not so inclined, that's fine, too. But recognizing the important roles these organizations play in finding and developing those who want to serve is merited. Thank you chambers and their leadership participants for dedicating your time to thinking and acting on ways to elevate the local quality of life.