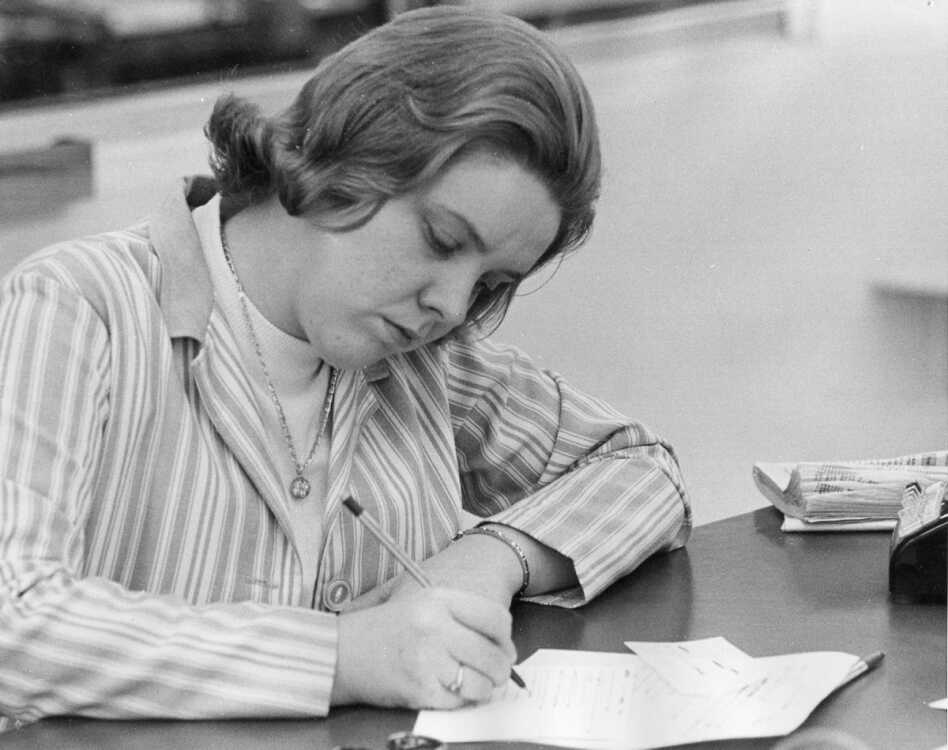 Five years ago this weekend, on Aug. 9, 2015, longtime Southeast Missourian employee Sandy Riehn unexpectedly passed away. This is a reprint of thoughts I wrote at the time for our company newsletter. It provides a peek into the life of a woman and those around her, working quietly behind the scenes at 301 Broadway.

It's not easy talking about death. But in her 47 years at the Southeast Missourian, Sandy Riehn talked about death almost every day. And she did so in a way that made families who were grappling with some of the toughest times in their lives feel better.

Among her duties in the newsroom, she handled most of the obituaries. And she was always caring, professional, precise.

On Friday, August 7, she didn't feel well, and her colleagues encouraged her to see a doctor, even suggesting she go to the emergency room. But she was expecting her beloved daughter's family to visit the next day from out of town and Sandy wanted to prepare. She already had an appointment for Monday, and told her editor that she'd be in late that day, though not sure exactly when depending on the tests.

Talking about death isn't easy. But this update is really more about friendship, and the bonds that are created working together, caring together, in a newspaper.

When Sandy did not arrive to the office by late Monday morning, her colleagues telephoned her home. They tried to reach her daughter. Through the grapevine, they learned she'd been shopping on Saturday. By early afternoon, they were worried. The editor sent two of her closest work friends, Renda Eggimann and Lucas Presson, to her house, where her car was still parked. They could hear her dogs barking inside.

The coroner said Sandy passed away quietly Sunday morning, which meant among the last things she did was say goodbye to her family.

Her newspaper family, meanwhile, gathered together in support. They cleaned out her desk, took care of her dogs, and helped her daughter with the shock. They shared stories among themselves and wrote about her in the newspaper. At the visitation, dozens from the office congregated, played with the grandkids and watched over the guests. They were pallbearers. One, Lucas Presson, spoke at the graveside. After the funeral they helped organize a dinner for the family at a nearby church. They even raised more than a thousand dollars for her favorite charity. 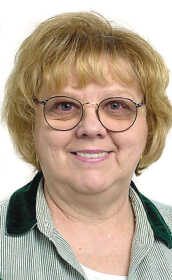 Among the guests at the visitation were several editors and reporters who hadn't worked at the Southeast Missourian for decades, but who came back to give tribute. One drove more than seven hours to be there. As funerals often do, the sad occasion turned into a time of fond memories, gratitude, and beautiful reminiscences. What amazing people: loving, compassionate, proud of their colleague and all she did!

Sandy could be a bulldog at times. But her feistiness was usually directed at someone who didn't live up to the high standards she expected for taking care of families through obituaries or wedding and birth announcements. Sandy knew that for some people, the only time they might be in the newspaper was when they were born, married or died. So she wanted those stories to be perfect. Nothing pained her like a misspelled name -- or bad grammar.

This week the Southeast Missourian family lost Don Boeller, who started at the newspaper at age 17 and retired nearly 46 years later in 1999. Don helped transition the newspaper from engraving to computer-generated printing, literally ushering in the era of regular color photos. Don always had a wry smile during his work and a light of joy when talking about his family, fishing and sports. We send our best wishes to his wife Janice and all those he loved.

Remembering Sandy Riehn: obit writer and friend
By Lucas Presson ~ Southeast Missourian
Recently I attended the Global Leadership Summit, a Christian-based training where a popular theme was love. One speaker referenced the commandment in the Bible (Mark 12:31) to love our neighbors as ourselves. I've found myself thinking more about that theme...
More from this columnist · Jon K. Rust