A case for preservation tax credits

A debate is raging in Jefferson City about the cost of historic preservation tax credits to the state. Missouri is one of the most generous in the nation when it comes to providing a bit of tax relief to individuals and businesses who meet strict requirements when rehabilitating qualified historic buildings, and some senators -- including Jason Crowell of Cape Girardeau -- bemoan the amount. In recent years, tax credits for historic preservation have topped $160 million. 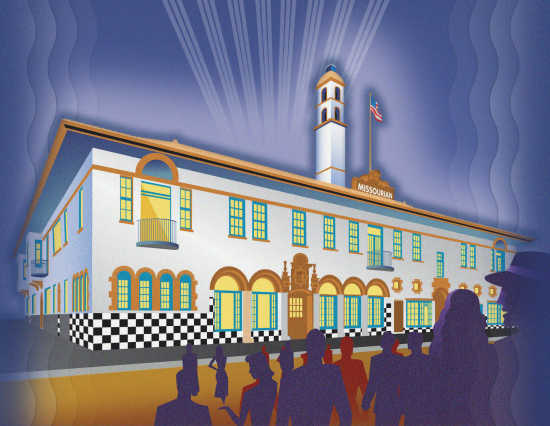 Sen. Crowell has threatened to filibuster economic legislation supported by the Democrat governor and Republican House and Senate leaders unless he gets his way regarding these and other tax credits.

I am no specialist in such matters, but I want to share a story with Sen. Crowell, because it underscores why it's not fair -- in many, if not all cases -- to consider the $160 million in tax credits as dollar-for-dollar lost revenue to the state. In fact, one could argue, and I'm sure many have, that the tax credits actually generate considerably more revenue to the state than they cost.

I know this, because the Southeast Missourian building in Cape Girardeau, a historic and architectural icon, remains a jewel for the community all because of Missouri's tax credits.

Several years ago when the owners of this newspaper considered future strategic plans, the location of our company's Cape Girardeau operations was one of the decision points. While we were proud of the Missourian building and its historic character, it was not the best place to work. Air systems were bad. Electrical infrastructure was lacking. It was not conducive to the type of digital future we believed necessary.

Our choices were to move -- thereby likely condemning the building to a buyer who also would face impossible decisions about the cost of rehabilitating the building -- or to make minimum improvements on the cheap to keep our work functioning. Our decision at that time was to make minimum improvements: new carpet here and there, fix the roofs by the cheapest means, repaint and repair as necessary.

I can still remember at that time the condition of our accounting department, which had a coffee-stain design in the middle of the carpet, where a full cup had been dropped years before. Both the carpet itself and the wallpaper around the room were worn or peeling. In the newsroom, we used duct tape to repair the fraying in the carpet: some strips were a dozen feet long.

To say it simply, we were -- and remain -- frugal. Some would say cheap.

But something happened before we began the simple changes. We watched the impact of Missouri's tax credits on the Marquette Building, another community architectural jewel, as it was reclaimed from decades of decay. Previously condemned to demolition -- its death delayed in part by the city's lack of funds to tear it down -- the Marquette was restored and reopened at considerable cost to private developers. This sparked us to research if historic designation and tax credits were something for us to consider.

The Missourian building qualified -- no easy process, by the way; the requirements are strict -- and we changed our plans. Instead of seeking to minimize all costs of renovation, a different question was presented to us: How can we maximize the benefit of the tax credits by doing as much as possible but still be smart and prudent? You see, the tax credits basically offer owners "one bite at the apple." They can't be used continuously, only those improvements made within the context of a single, approved plan are allowed, and they must be at a minimum amount related to the value of the property.

They also don't give you credit for all that you do. The program provides an investment tax credit equal to only 25 percent of approved costs associated with qualified rehabilitation. Please note the word "qualified."

As a result, the Missourian spent millions of dollars on improvements: dollars, which it would not have spent otherwise, hiring local contractors and workers, buying new mechanicals, contracting for state-based expertise (much local) in design, architecture and historic preservation. In addition, we purchased and invested in many items that did not fall within the qualified historic tax credit categories -- thus, getting no tax credits for them -- largely because it's difficult to improve the building but keep the same dilapidated desks and desk chairs, etc. All these things we also bought from local vendors -- or from in-state providers.

The rehabilitation also raised our property value, which increased our local taxes.

In the end, a great building in Cape Girardeau was restored in a way that benefits the overall community. And, instead of moving to another location, a corporate headquarters overseeing newspapers in eight states remained in Cape's downtown, alongside the Marquette and other historic structures that create a positive foundation to further redevelopment in an area that could so quickly deteriorate.

Simply put, historic tax credits prime the pump for economic development while at the same time preserving our historic roots in ways that are powerful and beneficial.

I don't know if this process is being abused in other parts of the state. As I said, I am no expert. But I do know that the parameters and review processes are strict, so I doubt the system is easily abused. I also know, if you look around Cape Girardeau, there are many examples of the positive impact historic tax credits have provided --including the current rehabilitation of the old Schultz School into low-income apartments -- that without question, have generated multiples more in direct revenue to the state than they have cost.

Undoing Missouri's historic tax credits would be short-sighted. Standing alone -- or in a tiny minority -- to filibuster them, because of issues with how other programs have been used, will stall necessary and bipartisan state economic development legislation. That simply sounds like bad government. It certainly doesn't do anything to make tomorrow just a little bit better than today.

Jon K. Rust is publisher and one of the owners of the Southeast Missourian.