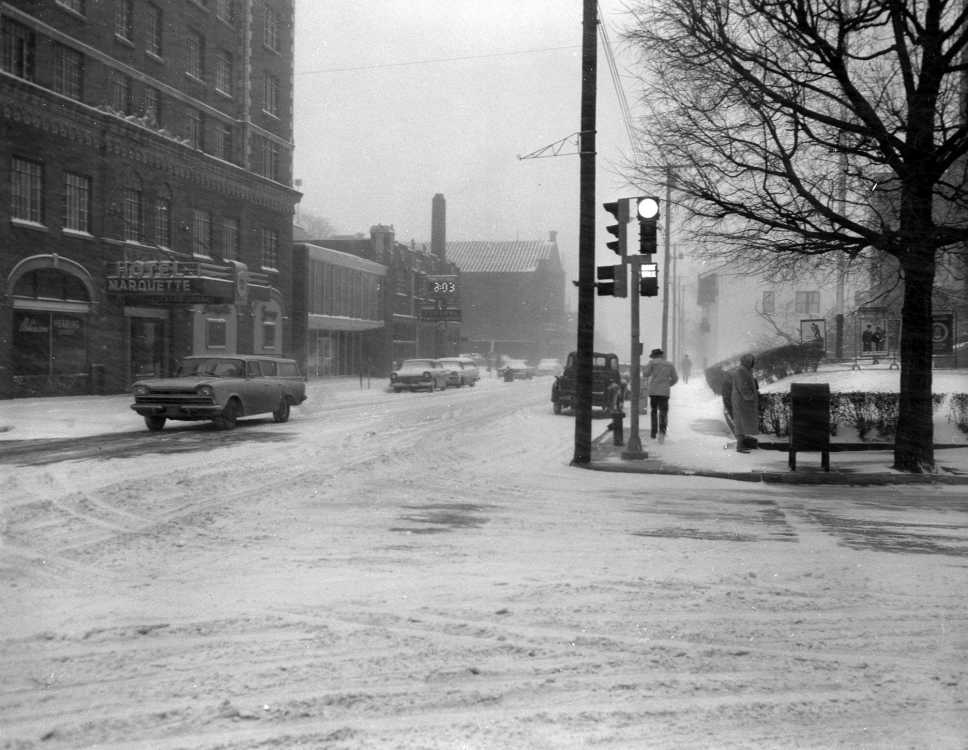 Light traffic moves on Broadway between the Marquette Hotel and the old post office in this picture taken about 1962-63 by G.D. Fronabarger.

Next to the hotel is the new headquarters building for KFVS radio and television interests. It replaced the former KFVS House that was razed in 1961.

To the east is First Federal Savings and Loan Association in the Surety building.

The 13-story Hirsch Tower would be constructed later and finished in 1967. It became the home of KFVS television.