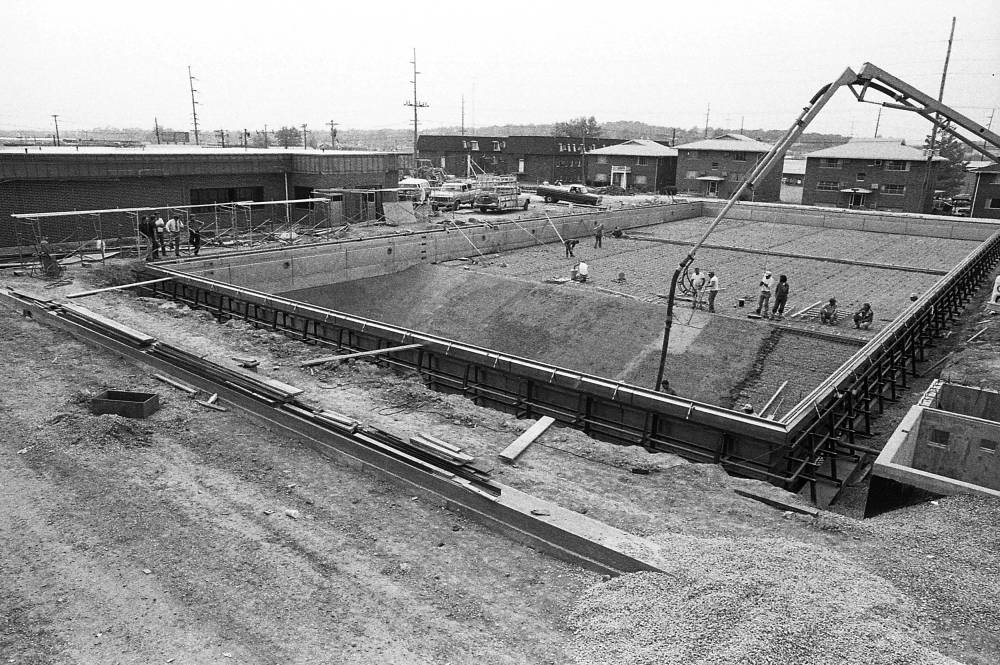 Pouring of concrete in the pool under construction at Central High School got under way this week, thanks to ideal October construction weather. Midwest Pool Inc., and Jackson Excavating Co., prime contractors, are hoping for completion no later than December. Cost of the project is $1.1 million. The Cape Girardeau School District is paying $235,000 and the city the remainder. (Phil Nash photo) 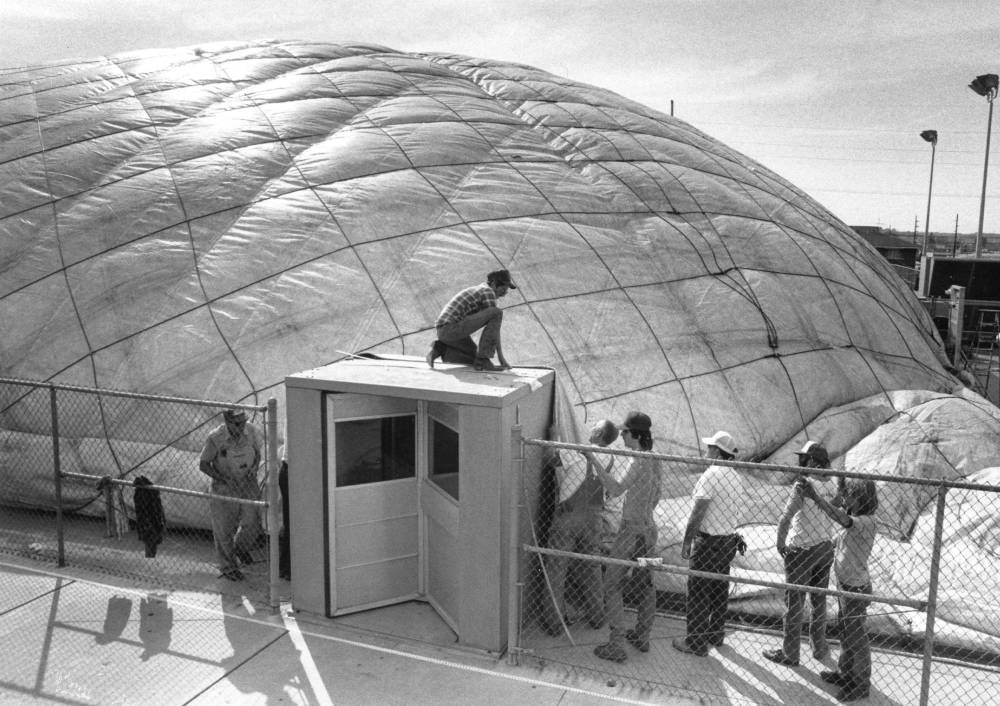 It took about 40 workers to install the bubble top on the Central High School swimming pool on Sept. 27, 1988, a sign that winter was on the way. (Fred Lynch photo)

In a special meeting Tuesday night, the Cape Girardeau Board of Education gave final approval to the swimming pool operations agreement for a swimming pool to be built on school property and operated jointly by the school district and the city.

Dr. Arthur H. Turner, superintendent of schools, said that earlier considerations of a fully computerized pool system had been discarded because they were not economically feasible. The school board was originally told the computerized arrangement would initially cost $50,000, but through further investigation, it was discovered that the initial cost would be approximately $150,000.

The system which will be installed is "still highly automated," Dr. Turner said, and is a "better, more reliable arrangement.

"We'll gain the same advantages with less initial costs," he said. The planned system has had widespread industrial application while the computer system was a totally new one.

The agreement, which has already been approved by the City Council, is for 50 years, beginning with the date construction commences.

Each party agrees to pay at least 40 percent of operational costs during the school year but throughout the year, costs will be prorated according to usage. The city will be billed for utility costs and the school will pay a prorated portion monthly.

The city will buy casualty insurance on the pool itself but not on the bubble cover. Expenses for insurance, chemicals, incidentals, supplies and repairs to the pool, deck area and related facilities will be computed by the city collector and an hourly expense cost will be determined for payment purposes.

The school will install the bubble cover at the beginning of each school year and remove it at the end of the school year. Repair costs for the cover will be shared.

Each party agrees to provide its own lifeguards and instructors at their own expense. A pool manager will be hired, whose responsibility is to maintain the facility in a safe and sanitary condition, test residual chlorine or fluorine residues, add chemicals and filters, maintain daily records for health agencies, clean requisition equipment and other related duties.

Both the city and the school district may charge fees, but it is not required that the fees be the same.

Dr. Turner said today that the pool will measure 50 meters by about 27.3 meters. Extra room will allow for the options of electronic timing equipment.

"We will have a large area of fairly modest depth, so we can have more teaching stations," he said. He estimates that up to three classes will be able to use the pool simultaneously.

During the time the pool is enclosed by the bubble cover, dressing rooms will be connected to the pool area by a hallway. From the pool exit, Dr. Turner estimates it will be approximately 20 to 30 yards to an entrance on the northwest corner of the new Central High School physical education facility.

In 2011, a new bubble was installed as part of a $1 million renovation project. This included an upgraded bathhouse, repainting and resurfacing the pool and deck, and new lighting. 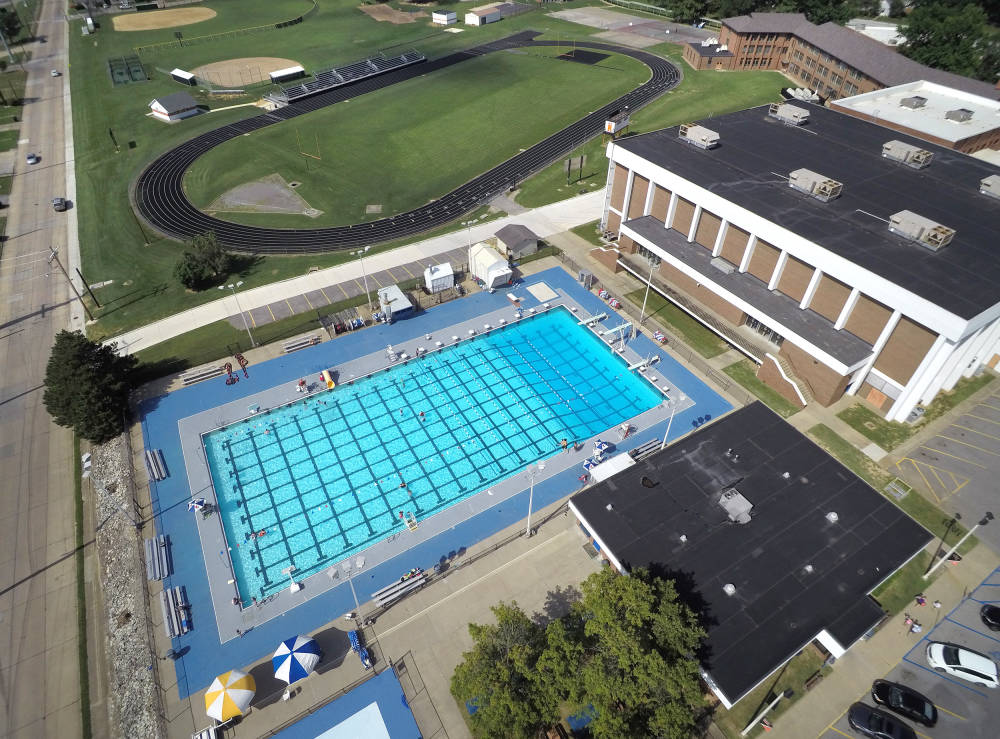