Two years ago, I wrote that a portion of the causeway at Devil's Island had collapsed, rendering it virtually impossible to reach the island except by boat.

A few days ago, I received a tip from an alert reader who found that the causeway had been partially repaired. Sure enough, rip-rap has been brought in, connecting the causeway with the Illinois mainland again. 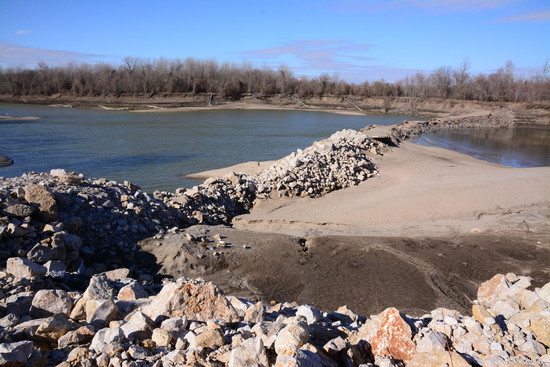 So it's possible to cross over to the island -- for now. 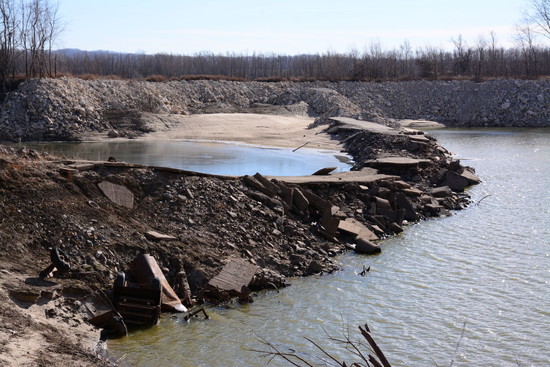 The middle portion of the causeway remains in ruins, however, and this gap can only be traversed when the river is at very low levels. 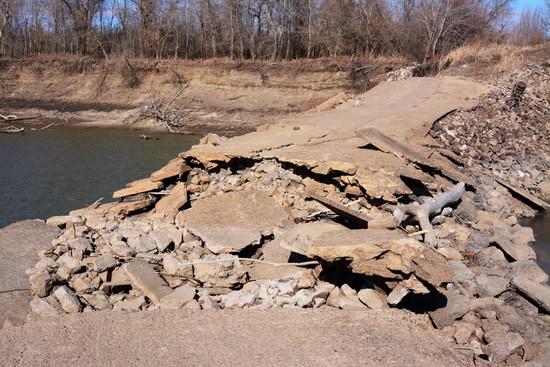 Recent floods have undermined the old pavement from below, creating piles of concrete and rebar. 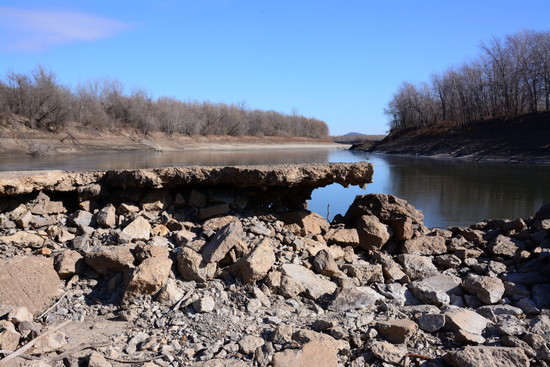 Thanks to the isolation, Mother Nature is quickly retaking the island. The old farm fields are now choked with large patches of cockleburs. These are very annoying obstacles for hiking! 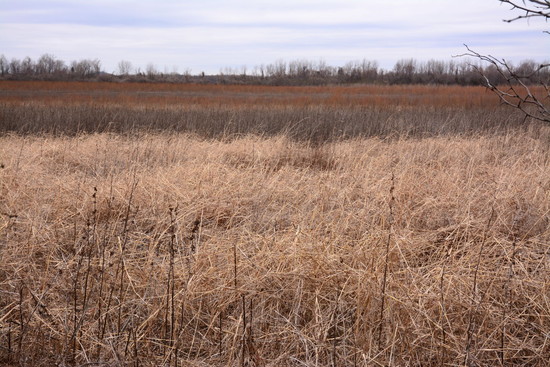 A network of obvious deer trails crisscross the area, suggesting that the island has a thriving deer population. I found one wide trail, leading off to the right from near the end of the causeway, to be quite convenient for bypassing the dense woods and cockleburs. It's practically a deer superhighway. 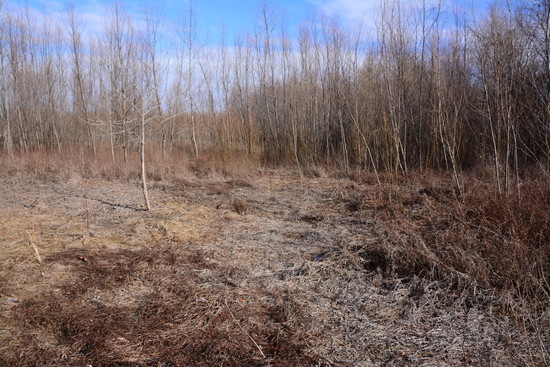 Devil's Island was once a bustling farming community before it became a state conservation area. The last vestiges of civilization include a few utility poles... 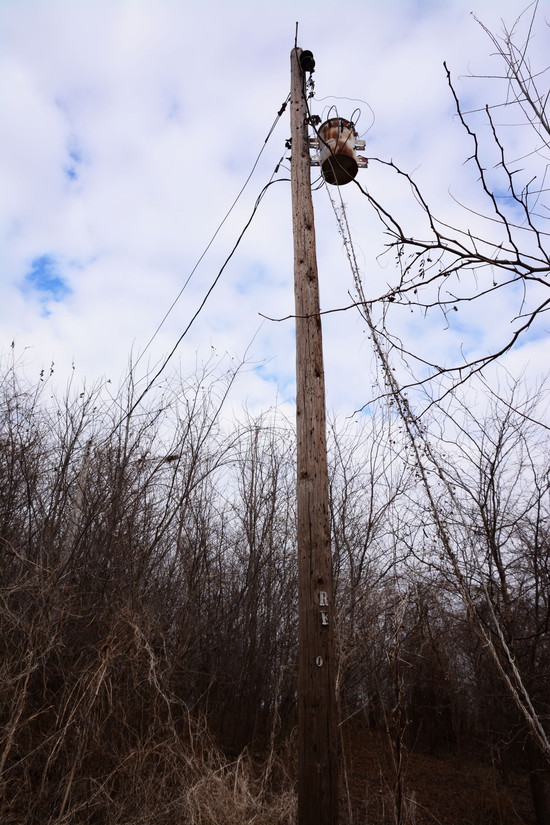 ...and a some posts from a large building sitting on a mound near the center of the island. 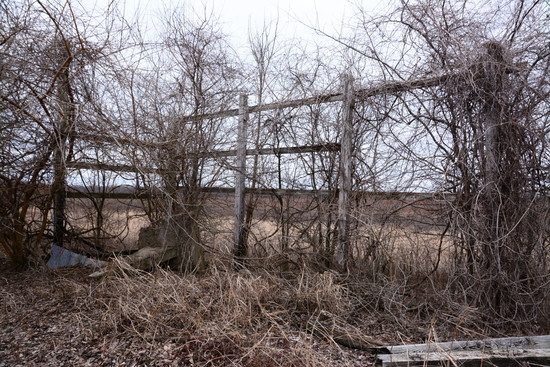 In the winter, bald eagles are the main attraction to the island, but this last visit I only saw a couple of birds -- maybe eagles, maybe not -- in the distance.

From Cape Girardeau, cross the Emerson Bridge and continue to Highway 3. Turn left and take Highway 3 north through McClure. Just before leaving town, look for the intersection with Bridge Street (on the right) and Devil's Island Road (on the left). Turn left on Devil's Island Road and drive this gravel lane up and over the levee. When I last visited, the road was in decent shape before ending as a muddy quagmire. Park where convenient and walk a short distance to the northwest to reach the causeway.