I discovered last winter that the causeway to Devil's Island near McClure, Illinois, had partially collapsed, making it difficult to reach the island on foot.

Since then, the partial collapse has turned into a total collapse. The whole southern end of the causeway is simply gone. 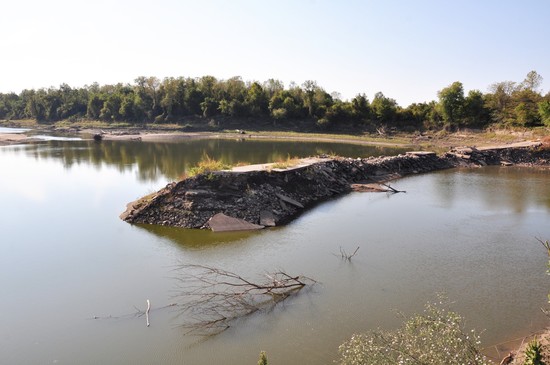 There's no jumping across this gap, even with the Mississippi River at a ridiculously low stage. It might be possible to wade across the channel at a point downstream where the water is shallower, but otherwise Devil's Island is now reachable only by boat.

I've had good luck spotting bald eagles here, but the lack of access to Devil's Island makes this state wildlife area much less appealing. On the other hand, the wildlife population should be happy that fewer humans will be tromping around the island.

Meanwhile, the low river stage has fully exposed a wrecked boat on the mainland opposite Devil's Island. 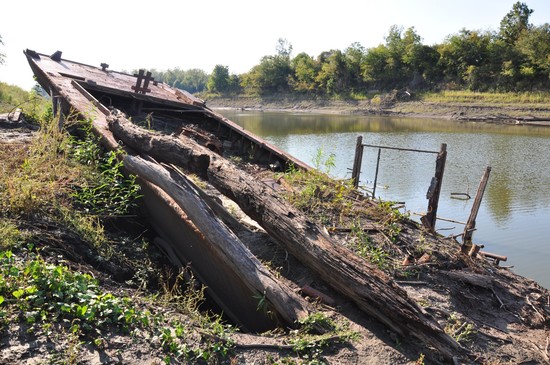 This shipwreck is located upstream from the failed causeway, or immediately north of the abandoned farm building. The boat doesn't appear to be particularly historic, but it's still a peculiar sight.