The Illinois version of the Old Man of the Mountain

Placenames in Southern Illinois are often flowery and imaginative, such as Ghost Dance Canyon, Indian Kitchen, or Devil's Standtable.

Not so much with a certain rock formation in Saline County that resembles a man's face. It's simply called Stone Face. 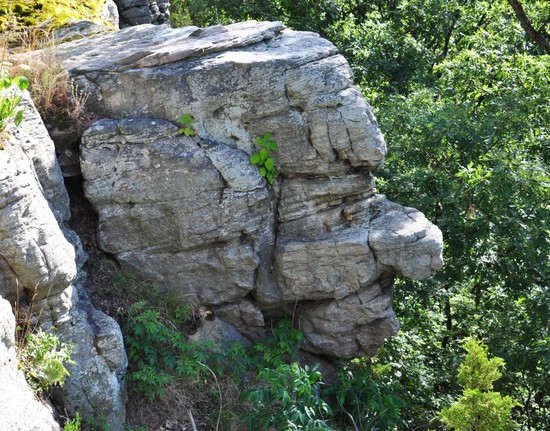 Considering this region's strange fascination with naming things after the Devil, it's a wonder that early explorers didn't try to call this rock something like "Satan's Nose" or "Devil's Mask."

Reaching the Stone Face is a bit tricky, since it sits along a tall bluff line studded with a series of unstable-looking formations. 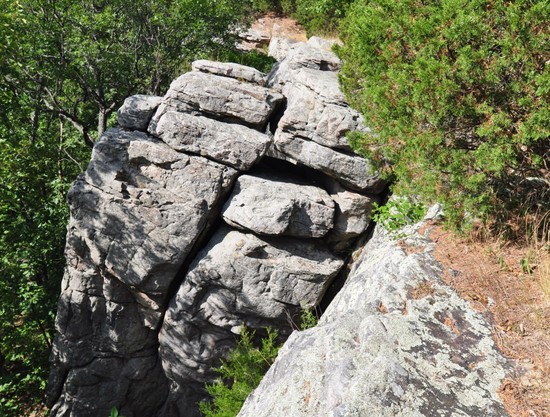 From the parking lot below, a loop trail climbs to the base of the bluffs. 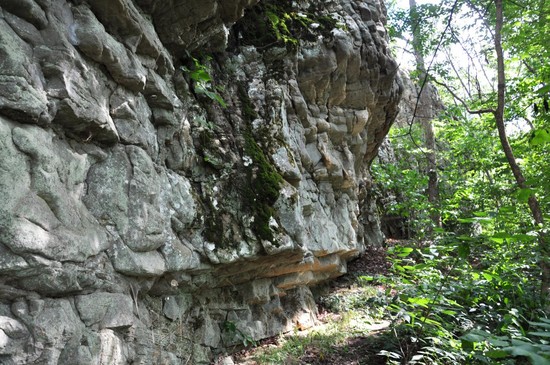 Continuing to the left (northeast) along the bluff line, the trail passes under an arch formed by a large rock leaning against the bluff. 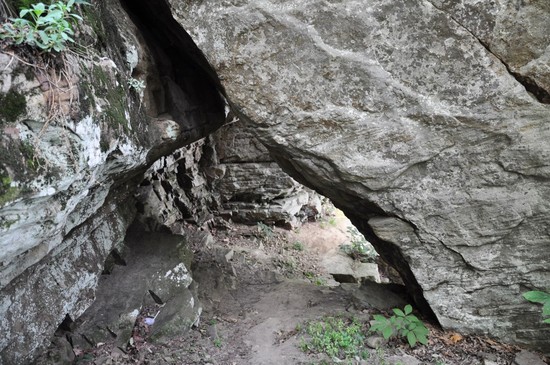 Technically, according to the Natural Arch and Bridge Society, this doesn't qualify as a "natural arch." Their Frequently Asked Questions document explains, "Features that result from the build up or movement of rock are also disqualified. For example, a boulder that has created a hole by falling against or between other rock does not qualify."

On the other hand, if somebody were to found a Society for the Appreciation of Natural Arch-Like Openings Large Enough To Walk Through, then this feature would be a perfect candidate.

Just down the trail, a portal under the bluff provides access to a small cave. Here, again, the pedants would try to argue that this is a rock shelter, and not a cave. Oh, bite me. 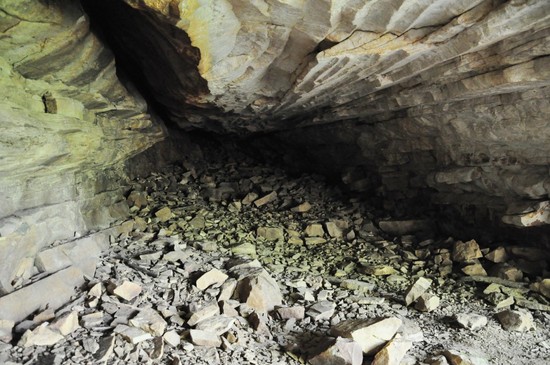 Eventually the trail reaches a low spot in the bluff where it is possible to scramble to the top. The hard part is finding this spot -- I walked past it, only to realize something was wrong when the faint trail started to get even fainter. Once above the bluff line, it's an easy walk back to the right (southwest) to reach the Stone Face.

Even after reaching this destination, don't turn back quite yet. The trail continues as the bluffs become taller and rise above the tree line. 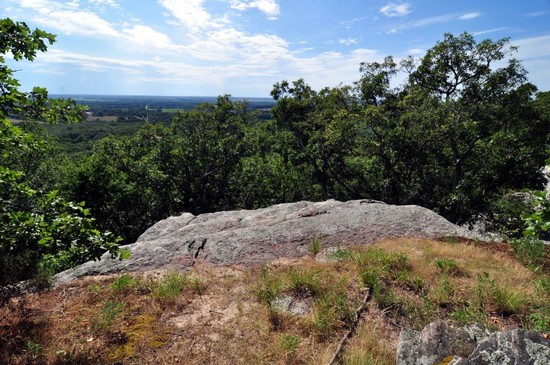 The trail ends at the right-of-way for a powerline, an opening that provides a stunning view to the north and west. This spot is along the northernmost fringe of the Shawnee Hills. It's a sharp cutoff between the rugged terrain to the south and the plains to the north. 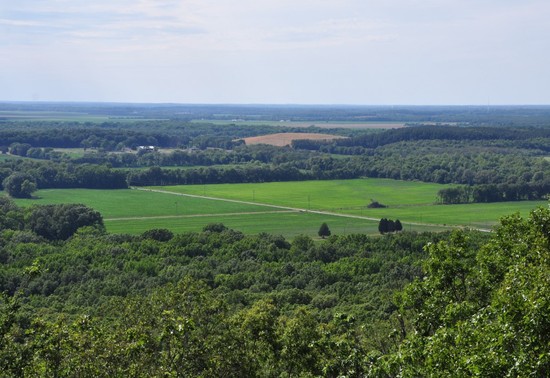 Stone Face may not have the most impressive name, but the scenery is impressive enough in its own right.

From Cape Girardeau, take Illinois Highway 146 east through McClure, Ware, Anna, and Vienna. Just past the interchange with I-24, turn left on Highway 147. Eventually this road reaches a junction with Highway 145. Turn left and follow Highway 145 north until it reaches Highway 34. Turn right here and take Highway 34 east for 2.8 miles. Then turn left on Deneal Road (might be shown as County Highway 5 on some maps and GPS navigators). After 1.4 miles, turn right at the junction to stay on Deneal Road. Then continue 1.9 miles to the three-legged intersection with Stoneface Road and turn right. Follow this road for almost 1 mile and turn right on Stoneface Lane (Forest Road 1453). This is the entrance to the natural area. Follow this lane to the loop and parking area at the end.