It was bad enough that this particular trail had been recently "relocated" and didn't match any of the maps I had studied. But then I walked right past an unmarked trail intersection, oblivious to the fact I was now on the wrong trail. After discovering that this other trail came to a dead end at a county road, I had to retrace my steps back to the trail junction. Naturally, this unnecessary detour was uphill both ways.

On the bright side, at least I found the trailhead and parking area without getting lost or taking any wrong turns. That's quite a feat in Southern Illinois.

Even better, the final destination was well worth the extra-long hike. Known as Indian Kitchen, this natural area had both a colorful name as well as colorful scenery during the peak of the fall foliage. 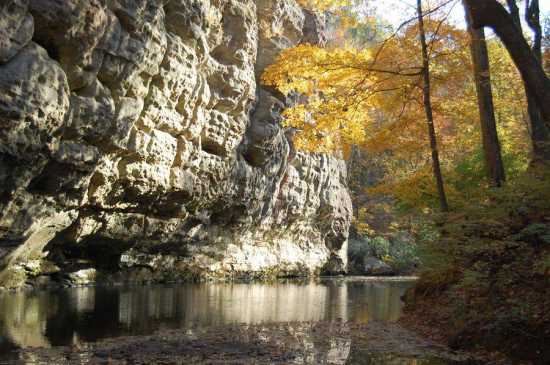 Indian Kitchen is a spot along Lusk Creek where bluffs tower above a hairpin turn in the creek. It's a deep canyon, so rugged that it probably deserves the name "Little Grand Canyon" more than Little Grand Canyon. 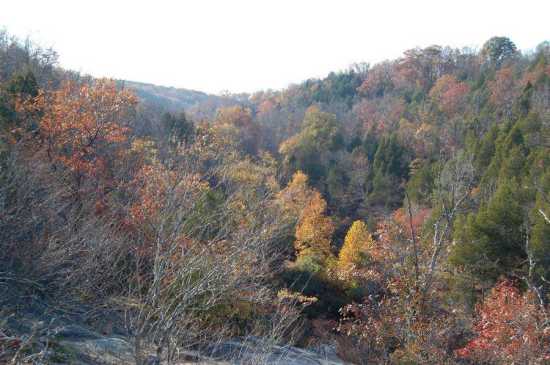 On this Saturday, it seemed every deciduous tree in the canyon was showing color. 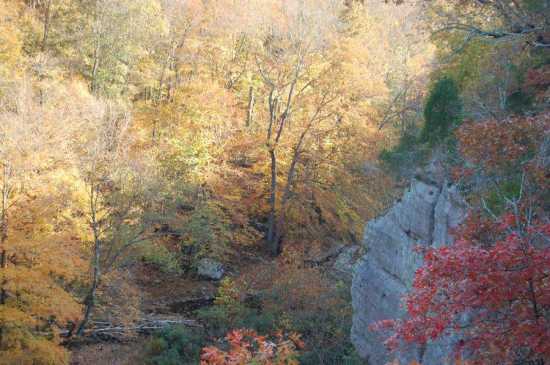 The Indian Kitchen Trail -- and not that other trail -- starts out as an easy walk along an old road bed. 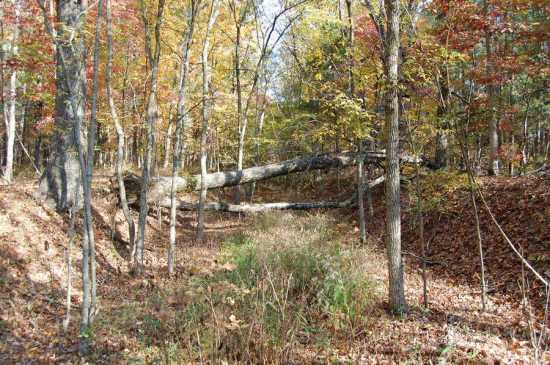 It then follows high ground through the woods to the edge of the canyon, before descending a steep slope featuring natural rock steps: 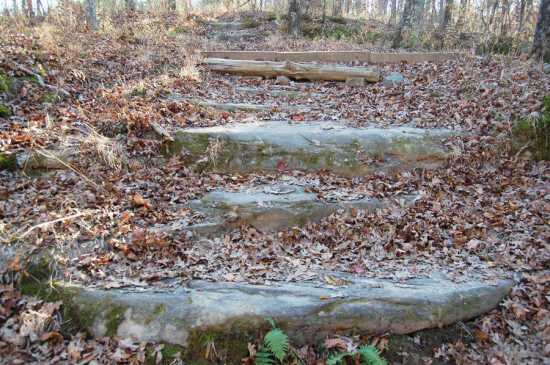 Finally the trail reaches the water's edge and the foot of the bluff. It's a long way to the top: 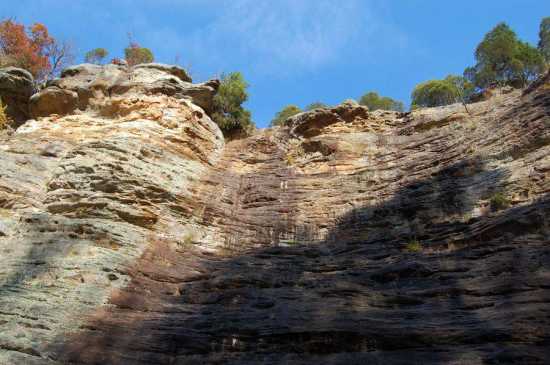 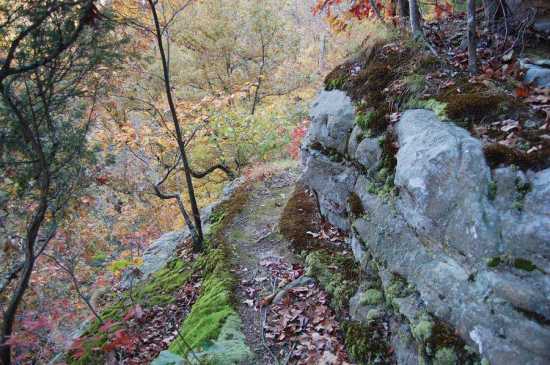 As someone with a healthy fear of heights (and gravity), I tiptoed along the ledge until it reached an abrupt end: 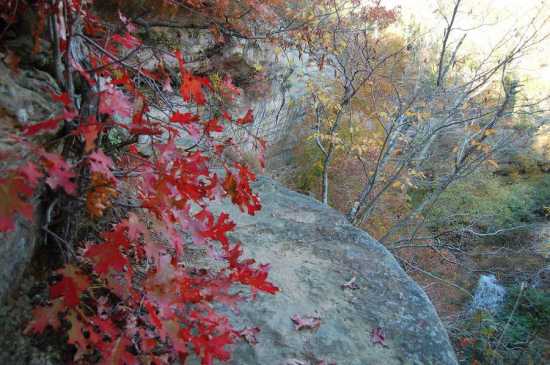 I had nightmares the following night about falling off that ledge. I probably won't be doing that again, no matter how spectacular the view.

Indian Kitchen is only a small part of the Lusk Creek Wilderness Area, so there's plenty of reasons to come back. But I'll be paying closer attention to trail maps and intersections -- as I've said before, getting lost in Illinois is about the easiest thing a person can do.

3. Follow this road until the T-junction with Highway 145 and turn left.

4. Five miles later, keep your eyes peeled for warning signs about an approaching intersection with Eddyville Road at the top of a hill. Turn right here.

5. Make a quick left on Indian Kitchen Road. Follow this gravel road for about two miles until you see the "Lusk Creek Wilderness Area" sign. The parking area is on the left.

1. Look for the trailhead on the opposite side of the road from the parking lot.

2. A short distance from the trailhead, veer right, paying attention to the signs stating that the trail has been relocated.

3. The trail meanders along an old road grade for roughly half a mile.

4. Keep your eyes peeled for the dreaded unmarked trail junction. Turn left to follow the trail to Indian Kitchen. If you see barbed-wire on your left, you've taken the wrong trail.

5. The trail meanders to the northeast. Keep an eye out for the barbed-wire on the right and the No Trespassing signs for a private parcel of a land that the trail skirts around.

6. Finally, the trail reaches the entrance to Indian Kitchen (officially called the "Lusk Creek Canyon Nature Preserve"). Follow the trail down into the canyon and to the water's edge below the bluff.

What: Deep canyon with talls sandstone bluffs along a sharp curve in Lusk Creek

Where: Northeast of Eddyville, Illinois, in Pope County