Recently, somebody commented on this blog that with the arrival of winter, we had entered "ugly season."

I disagree. The leaves have fallen off the trees, and daylight is at a premium, but that doesn't mean the outdoors are ugly. If anything, this is the best time of year to go exploring: nuisances such as biting insects, snakes, and weeds are gone. The lack of foliage is a plus, making it possible to see things that are hidden in the summer.

Take, for example, Elephant Rocks State Park. This classic destination looks good in all seasons, but is a real treat during a sunny winter day. It's possible to see the "Elephant Herd" from a distance, a view that is usually obstructed by the trees. 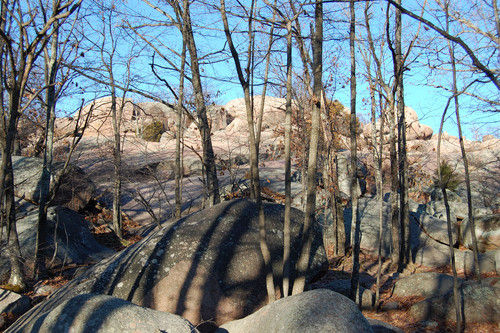 "Dumbo" and the other elephants are just as impressive in December as in July. 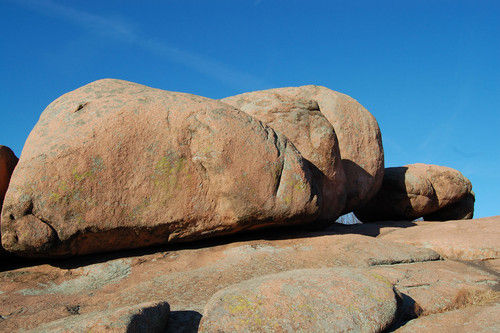 The record weight for a real African elephant is 12 tons. These Missouri "elephants" are a tad heavier, some tipping the scales at over 600 tons. 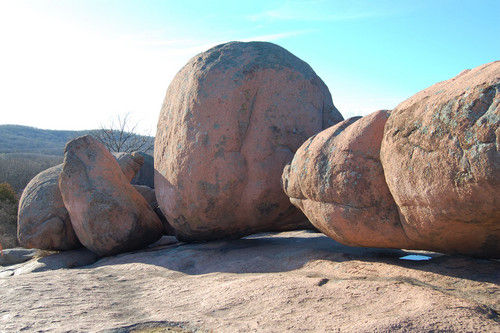 Unlike real elephants, there's no danger of getting trampled here, no matter how much you push, pull, or pinch. Scrambling over and under the boulders is a time-honored tradition for visitors of all ages. 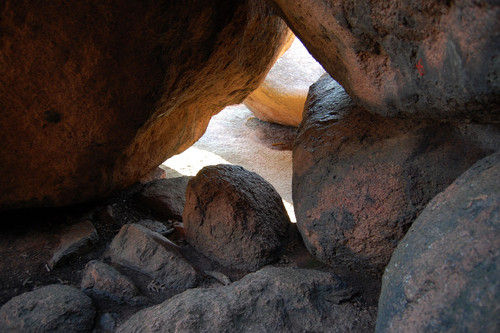 Missouri never experienced a gold rush, but the elephant rocks did spawn a "granite rush" in the late 1800s. Just to the east of the modern-day park, the boom town of Graniteville was home to several granite quarries and a rail connection with the Iron Mountain Railroad. 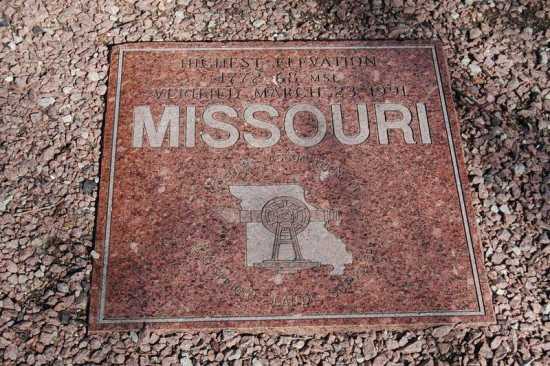 The monument at the top of nearby Taum Sauk Mountain, Missouri's highest point, was made from a red granite slab.

A few years ago, the park added a new trail leading to the "Engine House," a vestige from one of the quarry railroads. The building, not surprisingly built with granite blocks, is mostly intact except for the missing roof. 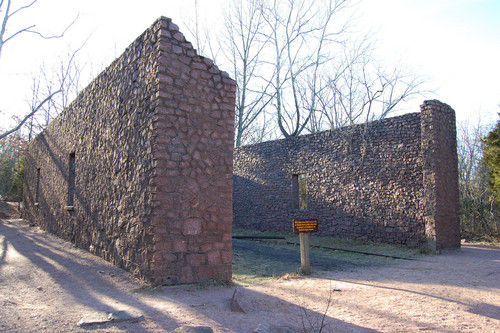 Some of the original rails can still be found behind the engine house. Starting in 1869, a tremendous quantity of granite blocks were shipped to St. Louis and other Missouri cities for use in houses, public buildings, monuments, bridges, and street paving. It's rare to find an historic building in the Arcadia Valley that isn't built with red blocks.

Leftover chunks of granite can be seen all along the main trail. It's hard to believe that these beautiful blocks were considered rejects. Just imagine what the good stuff looked like. 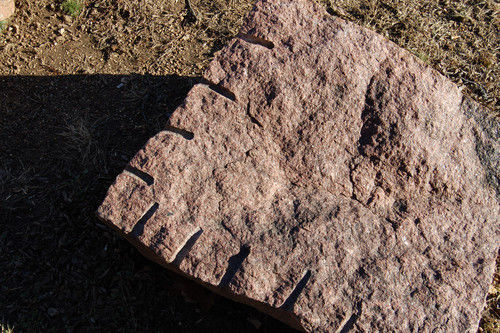 Everybody wants to take a piece home, but good luck. The park rangers would probably notice somebody struggling to carry a 500 pound rock back to their car. 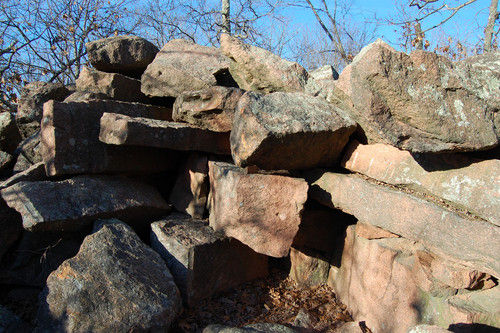 With smaller crowds, less annoyances, and better visibility, Elephants Rocks is a perfect destination for any sunny winter day, if you can catch one. Don't forget about nearby Fort Davidson, Johnson's Shut-ins, Taum Sauk Mountain, Millstream Garden, and Amidon Conservation Area.

From Cape Girardeau, take Highway 72 west to Arcadia. If you haven't been through Fredericktown lately, watch out for the slightly different routing of Highway 72, now featuring a roundabout.

In Arcadia, Highway 72 crosses an overpass and then comes to a tricky T-junction. Turn right and then turn left to join Highway 21 North. Follow the highway past Ironton and Pilot Knob until reaching the three-way stop with Route N (formerly Route W). Turn left and continue on Highway 21 through Graniteville and to the park entrance on the right.