What happens after 1.3 billion gallons of water suddenly spills from the top of a mountain? The newly reopened Johnson's Shut-ins State Park has the answer.

Immediately after entering the park, it's obvious that things have changed since that fateful day in December 2005 when the Upper Taum Sauk Reservoir failed.

The park's entrance driveway, moved to a new location, snakes through a field of boulders imported by the wall of water. 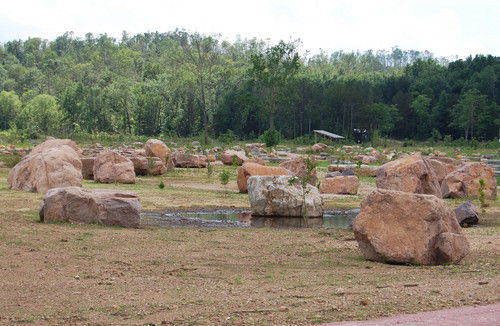 To the left, the scour channel created by the flood is clearly visible. It's a chaotic jumble of rocks spanning billions of years of geologic history, rearranged in a matter of minutes. 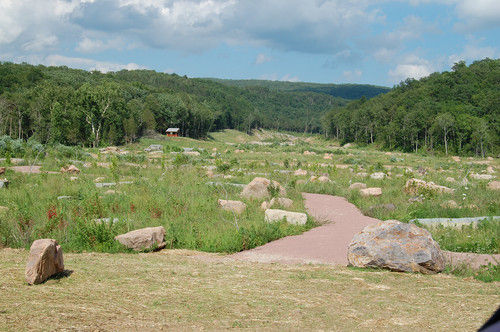 The park is filled with new roads, trails, picnic shelters, bathrooms, and other facilities. This was clearly a very dollar-intensive restoration project. 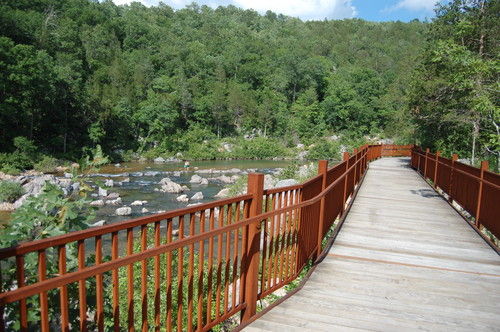 Despite the changes throughout the park, one thing has remained constant: the shut-ins. 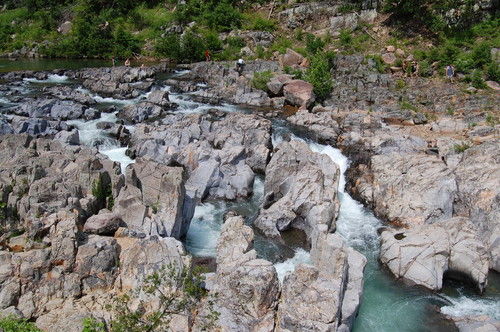 I can't tell any difference in the chutes, potholes and plunge pools that make the park so popular. 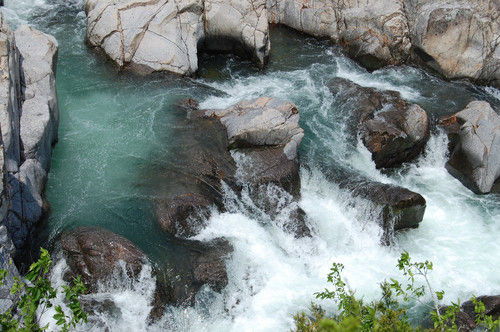 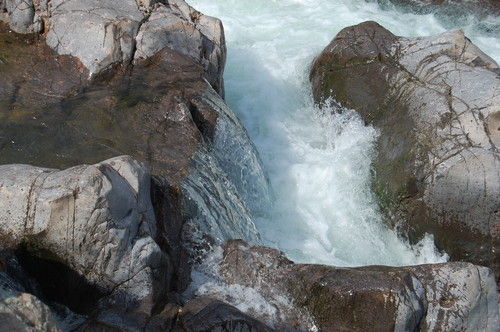 If you don't want to take the chance of slipping and falling in front of everybody, the area just above the shut-ins provides a nice swimming hole without the potential embarrassment and medical bills. 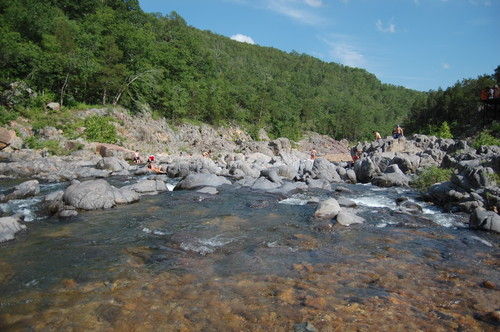 As in the past, the park only allows a limited number of carloads into the shut-ins area. Thankfully, if you arrive late on a busy summer weekend, all is not lost. The overflow area at the northern end of the park offers the chance to dip your toes in the river and explore the scour channel.

Indeed, the scour channel is so interesting that it could easily form its own state park. The lower section features a slab of bedrock that has been wiped clean. A small creek has started the slow process of eroding new channels in the rock, perhaps creating a "baby shut-ins" in the future. 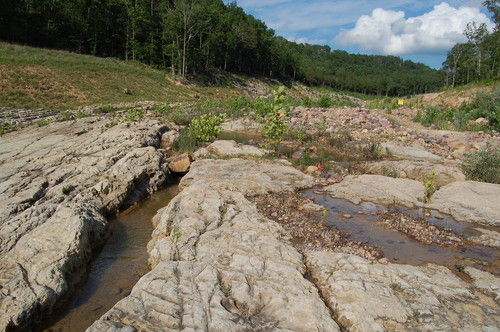 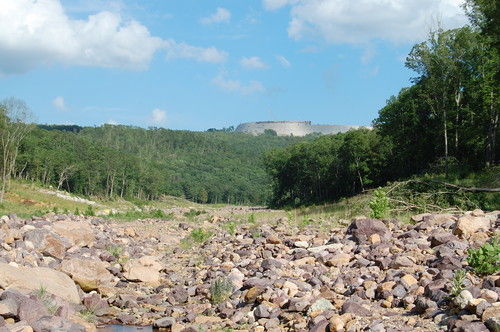 An overlook on the hillside provides a clearer view of the concrete monolith taking shape. 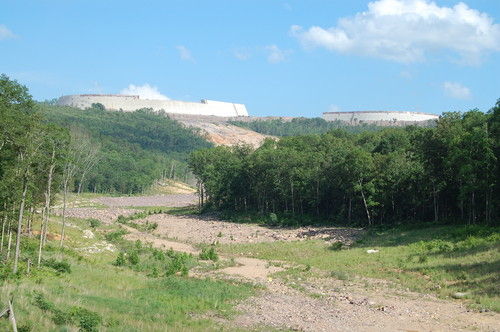 The overlook includes binoculars to get a close-up view of the location where the water first escaped, cutting a massive gash in the mountain. At the time of the collapse, the side of the mountain probably resembled Niagara Falls, and then some. 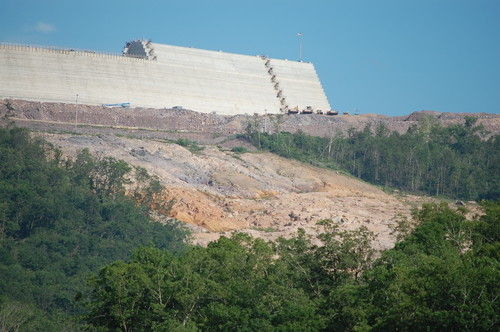 It's been a long wait, but the restoration of Johnson's Shut-ins is definitely a success -- if you're willing to fight the crowds in the summer.

From Cape Girardeau, take Highway 72 west through Jackson, Patton, Fredericktown, and Arcadia. Follow the signs for Highway 21 north past Ironton and Pilot Knob. Just before reaching Elephant Rocks State Park, make a left on Route N and continue 12 miles to the Johnson's Shut-ins entrance on the left. [View Google map]

Follow the entrance road to the "turnpike" gate. There's no entrance fee, but the park ranger will give you a windshield hangtag so they can keep track of the number of cars that have entered. You can also turn left immediately before the checkpoint to go to the overflow area, which offers a nice view of the boulder field. From here, you can wade across the river and hike directly into the scour channel.

If you don't want to get wet, the official trailhead for the scour channel is located on Route N, separate from the main park. However, this involves taking a longer hike.