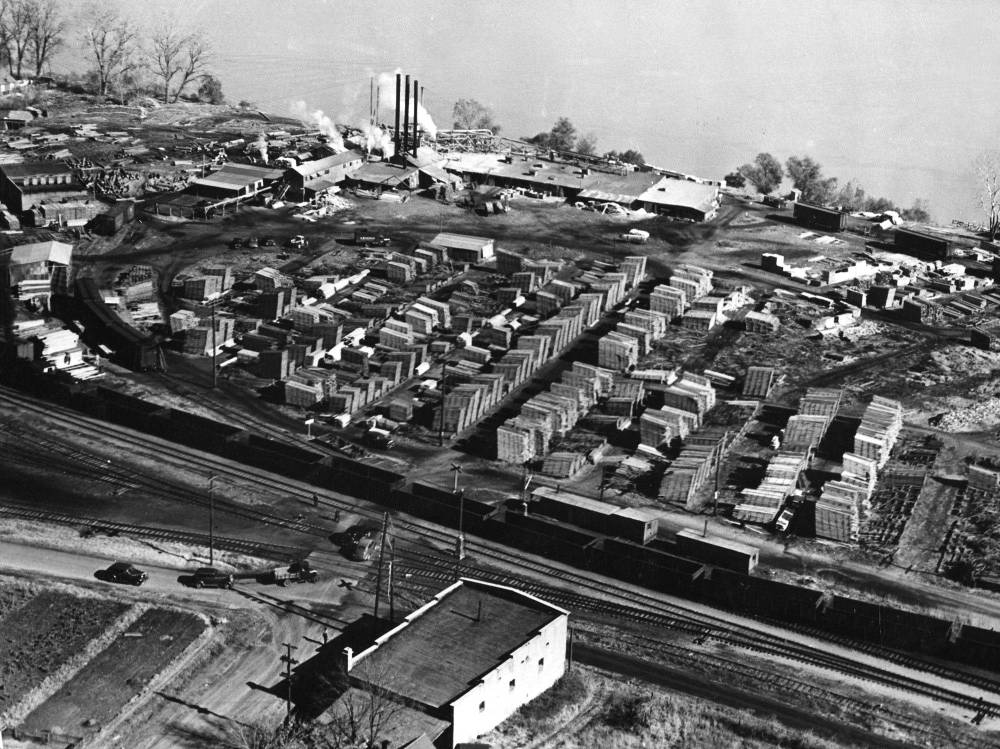 By B. Ray Owen, Associate Editor

When the M.E. Leming Lumber Co. ceased operations recently, it ended almost a century of a family-owned-and-operated business in Cape Girardeau.

"The company was the oldest manufacturing firm in the city until we closed operations about two years ago," said Howard C. Tooke, who was president of the company from 1956 until it closed. "We sold off all the lumber, but still have some of the equipment there."

Tooke said one of the area's biggest assets -- the Mississippi River -- was responsible for the plant's demise.

"The river put us out of business," he said. "We were in a flood zone, and were flooded on numerous occasions. It just got to the point where we couldn't stand another flood, ending almost 100 years of Leming Lumber."

"It was sad," said Charles C. "Bud" Leming, a partner and vice president of the business when it closed. "The company was founded by my grandfather and four generations of Lemings were involved in the business before it closed."

Leming said the firm would have observed its 100th anniversary in 1993.

Merit E. Leming, an Indiana native, came to Cape Girardeau in 1892. During the next decade he became involved in many prosperous enterprises, establishing lumber mills in Cape Girardeau, Butler, Wayne and Scott counties.

Leming was also involved in other businesses: he was president of the Pressed Brick Works, treasurer of the Broadway Mercantile Co., and manager of the Dormitory Co.

Besides being a businessman, Leming served as mayor of the city. Leming Hall on the Southeast Missouri State University campus, made possible by Leming, is named in his honor.

[In fact, the dormitory was razed in 1972. The University Center was constructed on the site.]

During the early years of the lumber operation, the mill produced lumber from giant cypress trees that grew in the swamplands of Southeast Missouri before the swamps were drained and the Little River Drainage District was formed.

Leming had to weather the damaging fire that destroyed his lumber company in 1927. A portable mill was set up to serve until a new permanent mill could be built. That temporary operation lasted until 1944.

Following the elder Leming's death on March 4, 1938, a son, M.E. Leming Jr., assumed operation of the local sawmill as president. He continued in that capacity until 1956. At that time Tooke became president of the firm as a partner with Charles C. "Bud" Leming, grandson of the mill's founder, who served as vice president. Charles C. "Chuck" Leming joined the firm in 1976, when he was 16 years of age. The younger Leming remained at the company until about two years ago.

Bud Leming remained with the company until 1992, when he joined Century 21 Ashland Realty Co.

Tooke, who is now retired, joined the Leming operation during "the Depression years," he said. "Things were tough and jobs were scarce.

"I remember standing in line every day hoping for a job at the shoe factory," he recalled. "Then I would go to the lumber company and ask about a job."

Finally, in 1936, Tooke was hired as a stenographer, bookkeeper and accountant. Over the next six years he worked as a salesman, eventually working into the production end of the business.

By this time the mill was concentrating on the oak trees in the area. Much of the oak lumber produced was sent to California.

In 1972, a new building was constructed at the mill site.

"In 1973 we had a major flood," said Tooke. "Over the next three years we had seven floods. It got to the point that we were running only about eight months a year."

The flooding didn't let up.

An earthen levee was constructed, but floods continued to harass the industry. And last year the M.E. Leming Lumber Co. became a part of Cape Girardeau's yesterday. 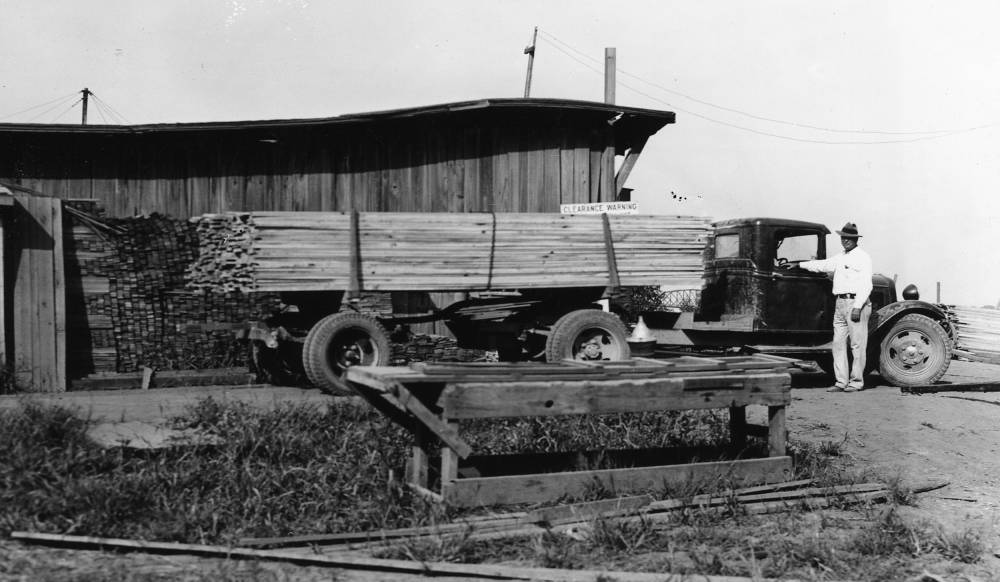 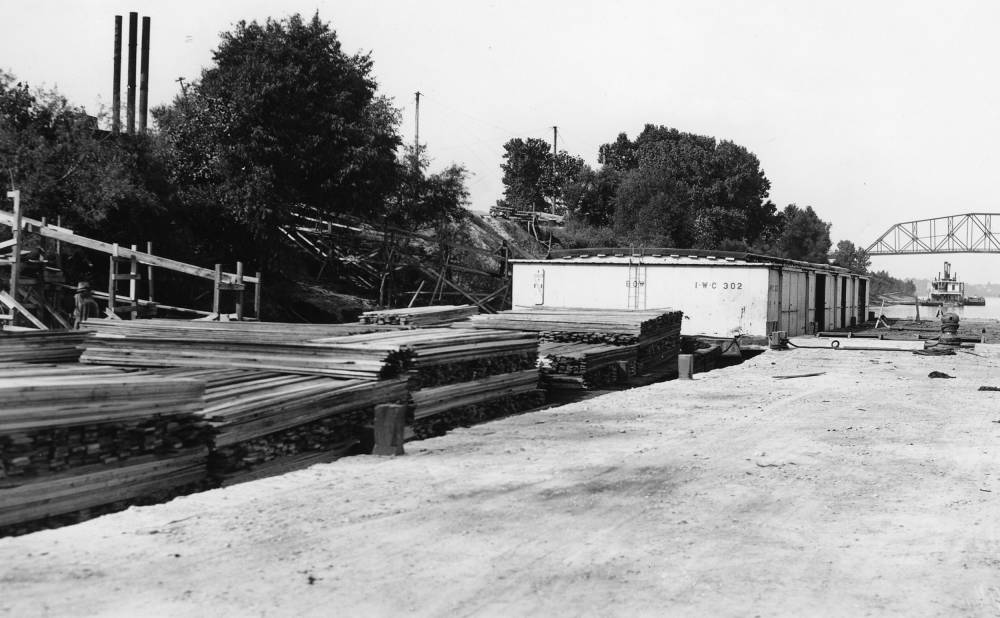 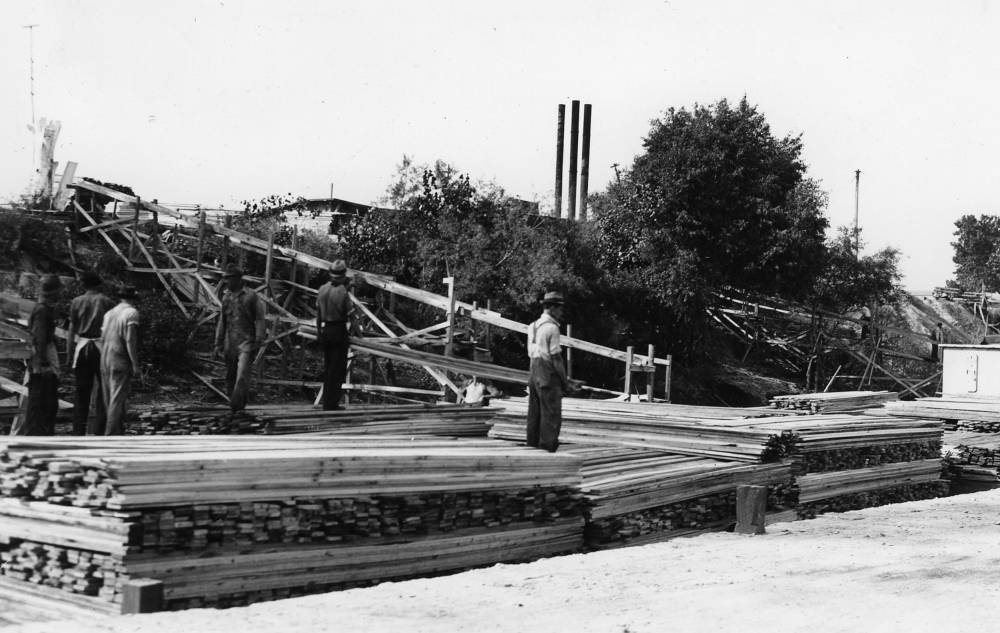 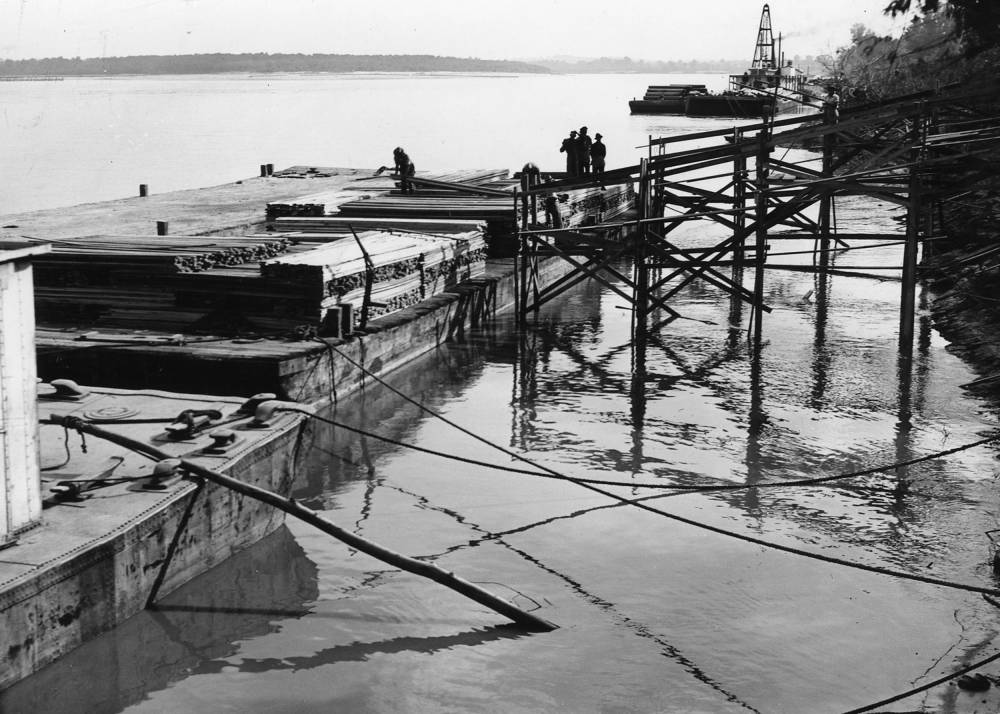