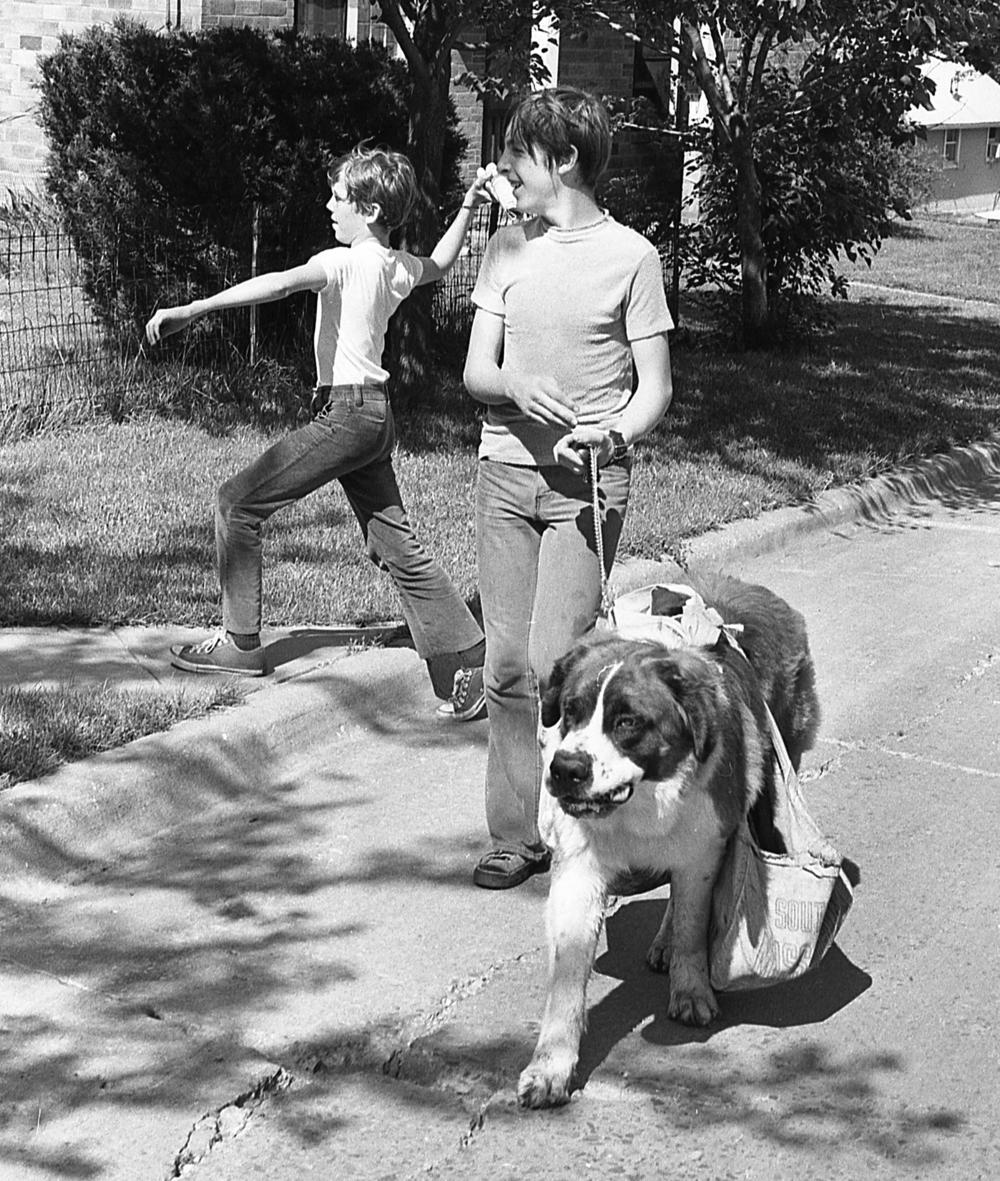 A paperdog is a good way to take some of the load off a paperboy's feet. Phil Wagner, left, flips the Missourians to the customers while his brother, Greg, keeps a hand on Thunder, the St. Bernard the boys are training to assist them in their work. (Reginald E. Mitchell photo) 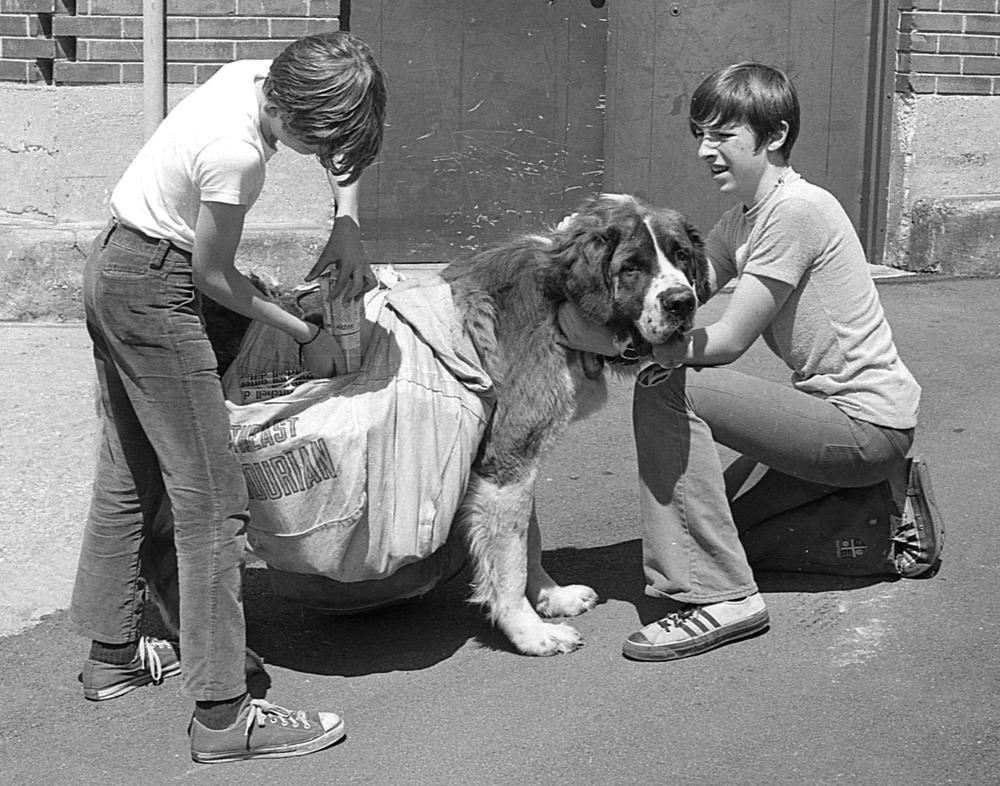 "If you had one of these, you wouldn't be so loaded down," Greg Wagner called to another paperboy straining under the load of two sacks bulging with Southeast Missourians.

The "one of these" he was referring to was a year-old St. Bernard dog which he and his brother, Phil, are training to be a paperdog.

The St. Bernard, named Thunder, is a recent acquisition of the paperboys who are the sons of Mr. and Mrs. Thomas E. Dirnberger.

"My dad bought the dog from a family who were flooded out and had to move to a mobile home and no longer had room for the big dog," Greg said.

He explained that they are only loading a few papers at a time on the dog to get him gradually acquainted with the load. "We don't want to strain him," he said.

"Eventually we want to fix up a little wagon and a harness for him to pull the papers in."

Greg has been a paperboy for four months and Phil is his substitute and co-trainer of Thunder.