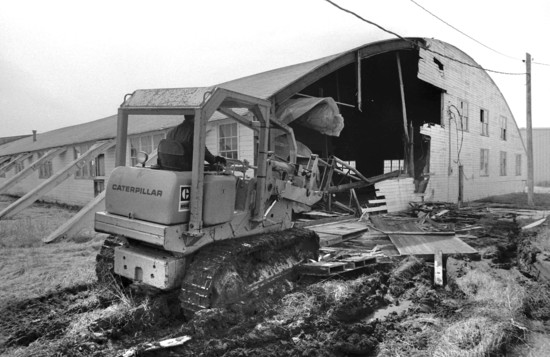 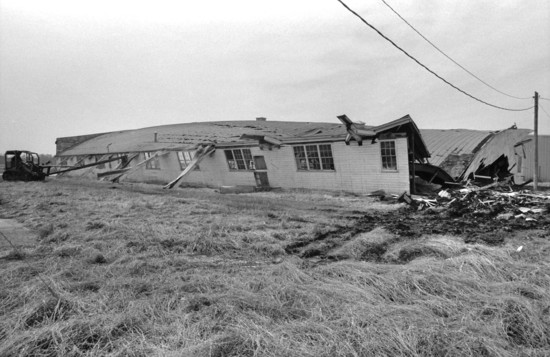 Center of roof collapses after opposite wall falls 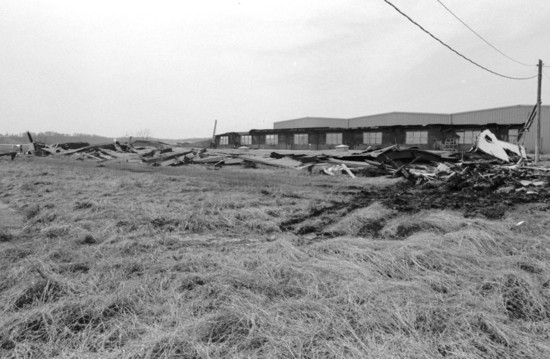 The last of four hangars which were part of Harris Field during World War II was demolished Wednesday, leaving only one of the field's original 40 buildings still standing at Municipal Airport.

The 160 by 100 foot Number 2 hangar, which was part of Cape Central Airways' facilities, was leveled in about 15 minutes at the hands of a wrecking crew.

Demolition of the hangar leaves only what originally was used as a hospital at Harris Field, a training base for air cadets of the Army Air Corps from Dec. 31, 1942 to March 14, 1944. The hospital building is now used as a facility for pilots.

"They served their purpose much longer than the five years they had been designed for use," said John T. Seesing, an original owner of Cape Central Airways, which was started at the airport in 1950.

During the 15 months the field was used as a flying instruction facility for cadets, it consisted of 57 acres owned by the government. Another 620 acres were leased.

Mr. Seesing recalled that after cadet flying instruction ended, the field was taken over by the War Assets Administration.

"It became the home of many military aircraft," Mr. Seesing said. "A lot of them were sold and converted to civil planes."

Missourian files from 1944 say the field provided one of Cape Girardeau's largest payrolls, about $125,000 monthly. The files say about 2,500 fliers underwent training here.

Some of the barracks were used by SEMO State University, then SEMO State College, when the military vacated the facility, Mr. Seesing noted. He said it made good housing for many married men who were attending school under the Veterans Bill.