North Main then and now 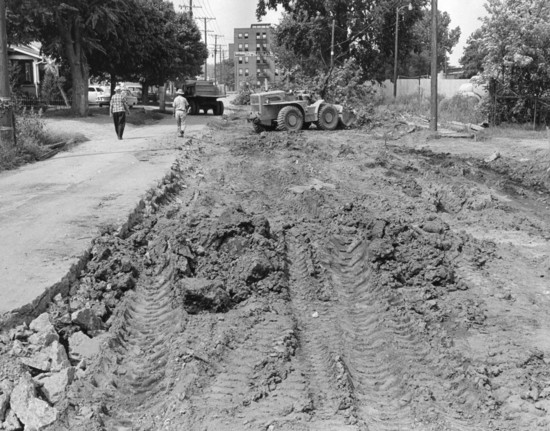 A $50,000 reconstruction effort on North Main Street has begun with the removal of old pavement south of the International Shoe Co. plant seen in the background.

Two contracts for work, both awarded to Superior Concreters, total $50,678.50 and are to be complete within 90 days, the contracts state. The contractor is breaking up the concrete in the northbound lane and the City Public Works Department is carrying it away for use as riprap on Bessie Street near Highway 61. The contractor will repave the street from North to Mason with concrete seven inches thick.

The work will be done on one-half of the street at a time so that traffic will be maintained. Also under the contract, the abrupt jog at the shoe company will be modified to become a gentler turn. (Southeast Missourian archive)

Below is a recent view of the 500 block of North Main: 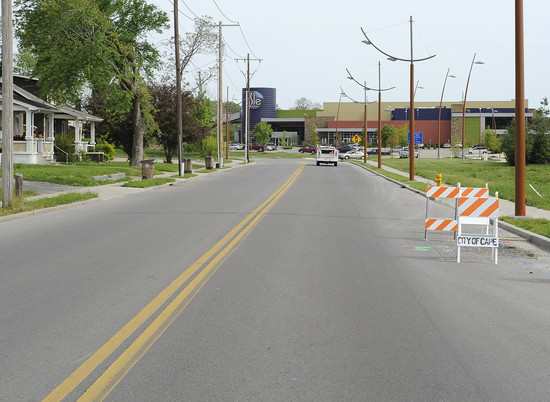 In a 1964 photo below, workers had unearthed streetcar tracks that formerly ran from the shoe factory on North Main south to Independence Street. This view is in the 600 block south of the Mill Street intersection. (Southeast Missourian archive) 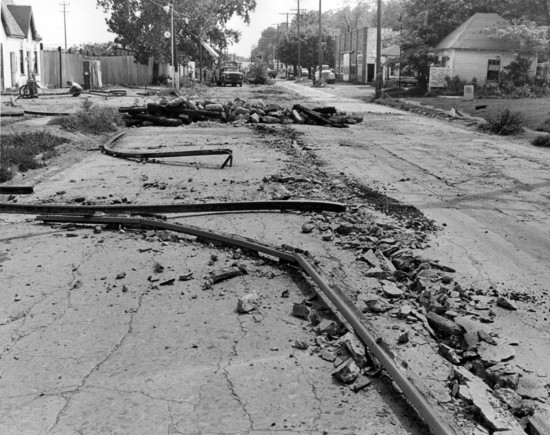