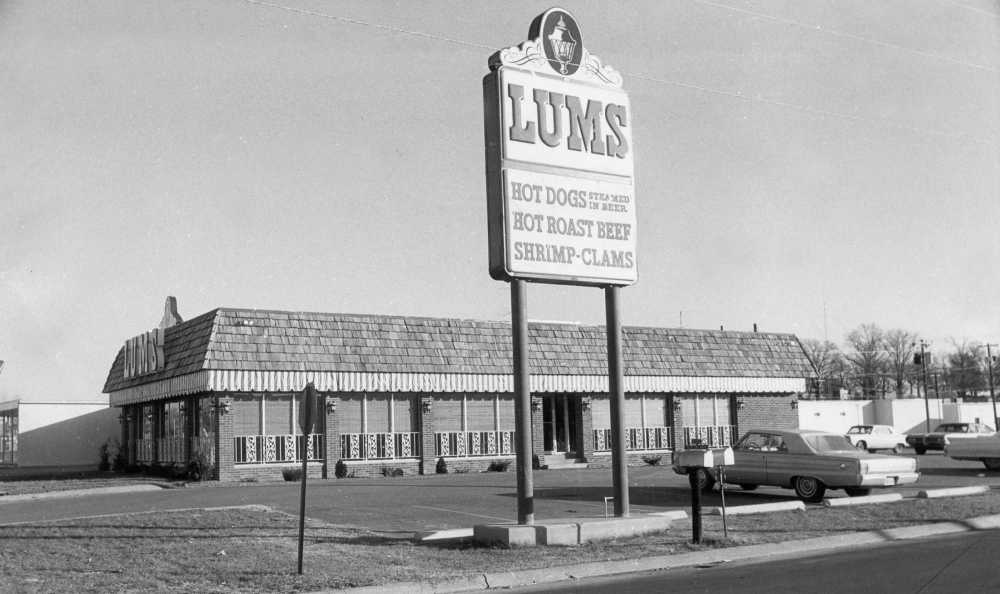 Lums, a national restaurant chain, has completed its new building in the 2100 block of William street, and will announce an opening date in the near future. Robert J. Dohogne, who has been in the real estate business in Columbia, will manage the restaurant for a Milwaukee group holding the franchise. Mr. and Mrs. Dohogne and their two sons and a daughter, have moved from Columbia to 2609 Janet.

A tired group of representatives of Lums, Inc., went back to Miami this week after going through the opening of one of the chain's new sandwich houses here on William street. To quote manager Bob Dohogne, the company's boys ran into more work than they anticipated. "We've had hundreds every day," said a weary Bob.

Lums was a family restaurant chain founded in 1956 in Miami Beach, Fla. The restaurant's signature item was hot dogs steamed in beer.

In the 1970s, Milton Berle was the company's commercial spokesman.

The slogan: "You get a better choice when you choose Lums."

The 1971 directory lists the address as vacant.

Credit Bureau Services is currently located at the site in the former First Federal West building.