In 1938, L.H. Landgraf purchased land from George Cross, owner of West End Fuel Co., at 1459 Independence St. in Cape Girardeau and immediately began construction of a frame building to house Landgraf Lumber Co. On April 23 of that year, Landgraf celebrated its formal opening. The building measured 40 by 118 feet, with a 20-by-40-foot basement.

The original building underwent renovations later, and half-timbering was added to the façade. Landgraf expanded its business by constructing another building at 1453 Independence St. to house Landraf's Complete Building Center. In the space between the two businesses, Landgraf later developed an additional building to connect the first and second buildings.

Landgraf was born in Pocahontas in 1892 and married Hilda Gerler, who died in 1952. He remarried in 1953 to Clara Mirly. Prior to establishing his lumber company, Landgraf was a partner with William Kies in Riverside Lumber Co.; manager of Southeast Missouri Lumber Co. at Illmo; worked for Perfection Furniture Co., and served on the board of directors of Landgraf Real Estate Co.

In 1985, the Landgraf Lumber building was razed to make room for 200 to 300 parking spaces for the employees of Thorngate Ltd. 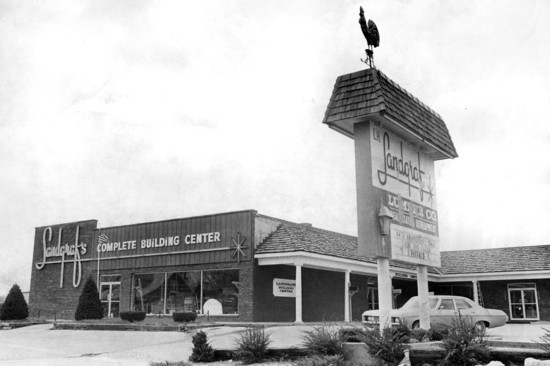