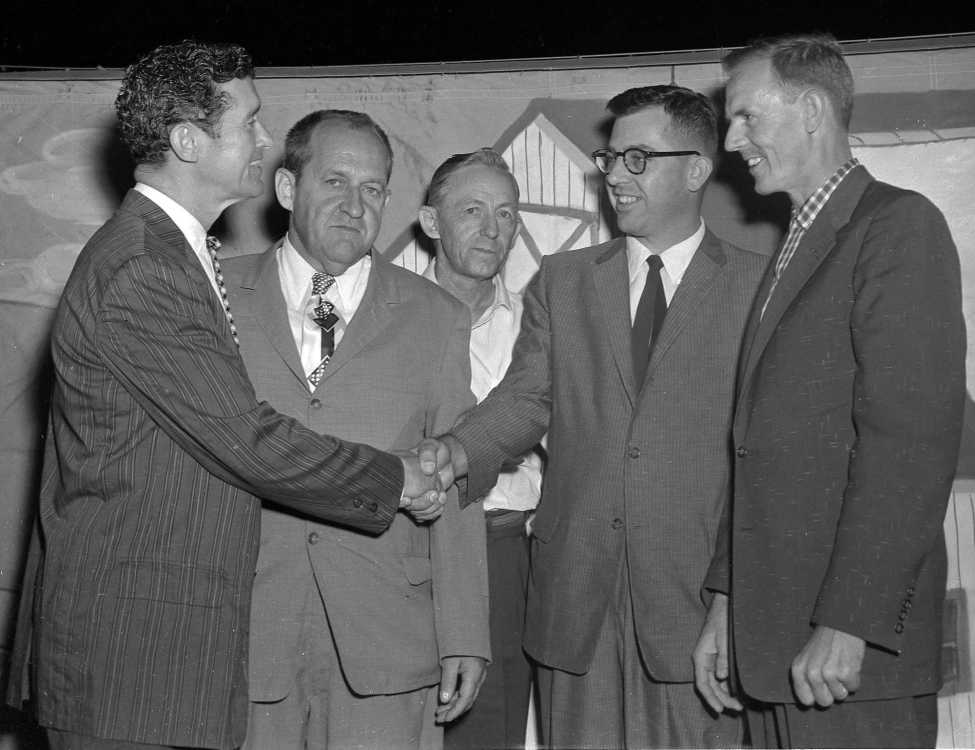 Roy Acuff Talks With Republican Candidates During Stay at Fair

Early in the evening Mr. Acuff, as charming off stage as he is on stage, dropped by the Republican Headquarters tent at the Fair to meet the other candidates.

He provided another thrill for two young Cape Girardeau musicians, Tom Cotner and Lee Norman, who had been performing at the Republican tent. Tom and Lee not only realized a longtime dream by talking with Mr. Acuff, but he also told them that he would like to hear them play. They intend to accept his invitation as soon as possible.

Each of the candidates pictured with Acuff lost to Democrats in the 1958 election.