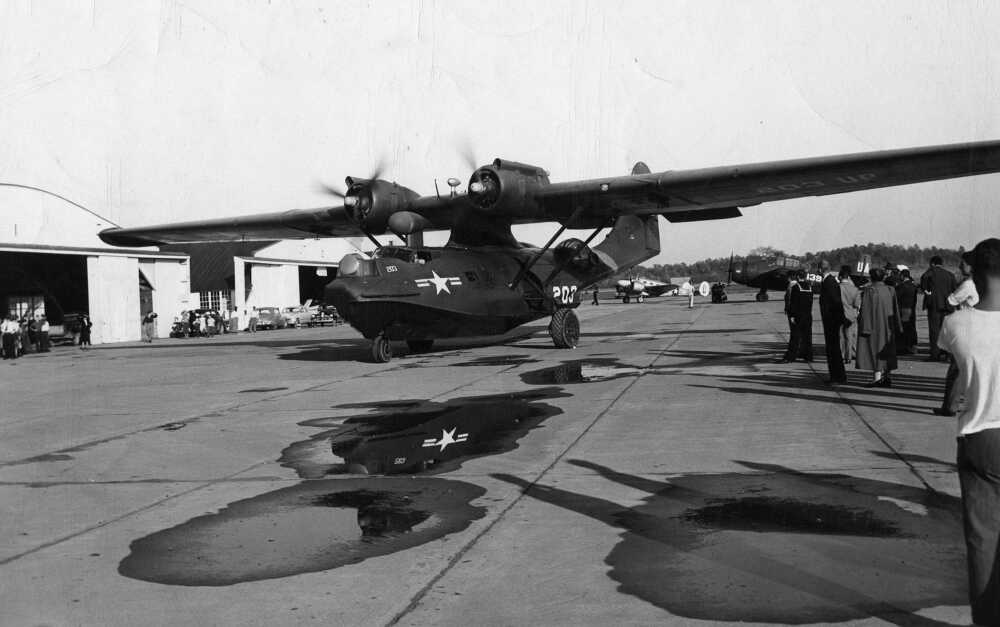 A U.S. Navy PBY Catalina landed at Harris Field, which became the Cape Girardeau Municipal Airport, in this undated photo by G.D. Fronabarger.

According to Wikipedia, PBYs were used during World War II in anti-submarine warfare, patrol bombing, convoy escorts, search and rescue missions (especially air-sea rescue), and cargo transport. Produced from 1936 to 1945 by Consolidated Aircraft, the PBY was the most numerous aircraft of its kind and the last active military PBYs were not retired from service until the 1980s.

In the designation "PBY," PB represented "patrol bomber" and Y was the code assigned to Consolidated Aircraft as its manufacturer.