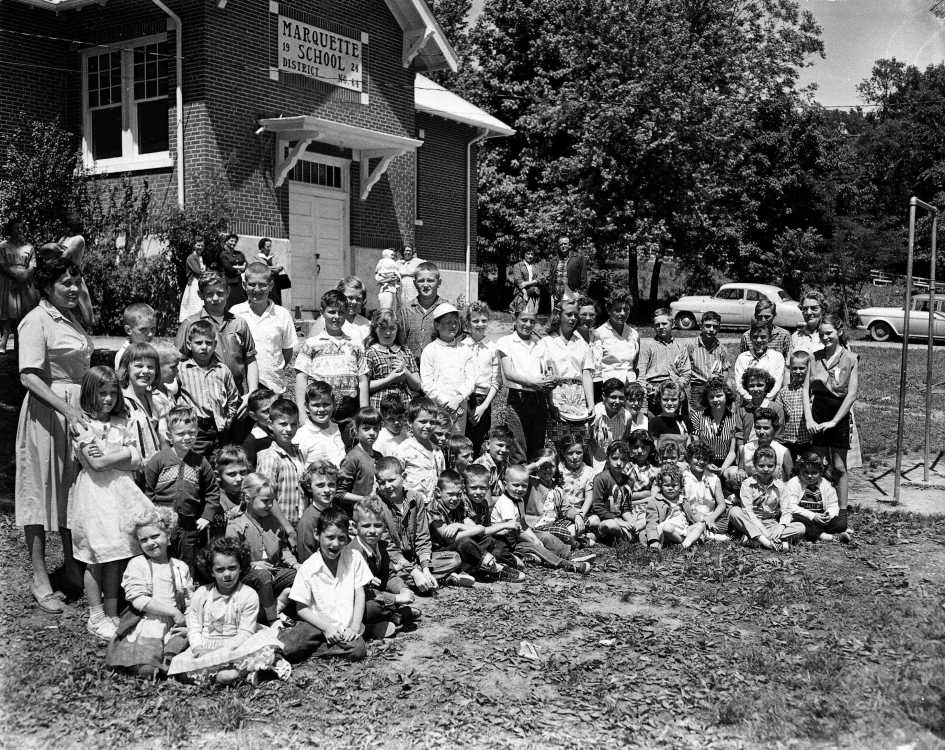 Marquette School, located at the city’s south side, held its annual play day event Friday and named a king and queen. The king, Wayne Ford, and queen, Janice Smith, wearing crowns, are seen standing just beyond the far corner of the school building, and the other pupils arranged on either side. Teachers are Mrs. R.C. Martin, at left, and Mrs. Elmer Thompson at extreme right. (G.D. Fronabarger photo)

The school opened in 1924 with 74 pupils of the Rock Levee school district, immediately south of Cape Girardeau.

In 1968 the Marquette school district was dissolved with its 40 pupils transferred to Cape Girardeau public schools.

In 1974, the building was bought by the Pi Kappa Alpha fraternity of Southeast Missouri State University and used for social events. No one lived at the property the fraternity dubbed "Pike Lodge."

In 2013, the fraternity chose to sell the house because of high maintenance costs and disuse. It was bought by former fraternity member Quinn Strong who had plans to renovate the building into a home and have it listed on the National Register of Historic Places, but the structure did not pass the review process. The building was razed in December 2020.