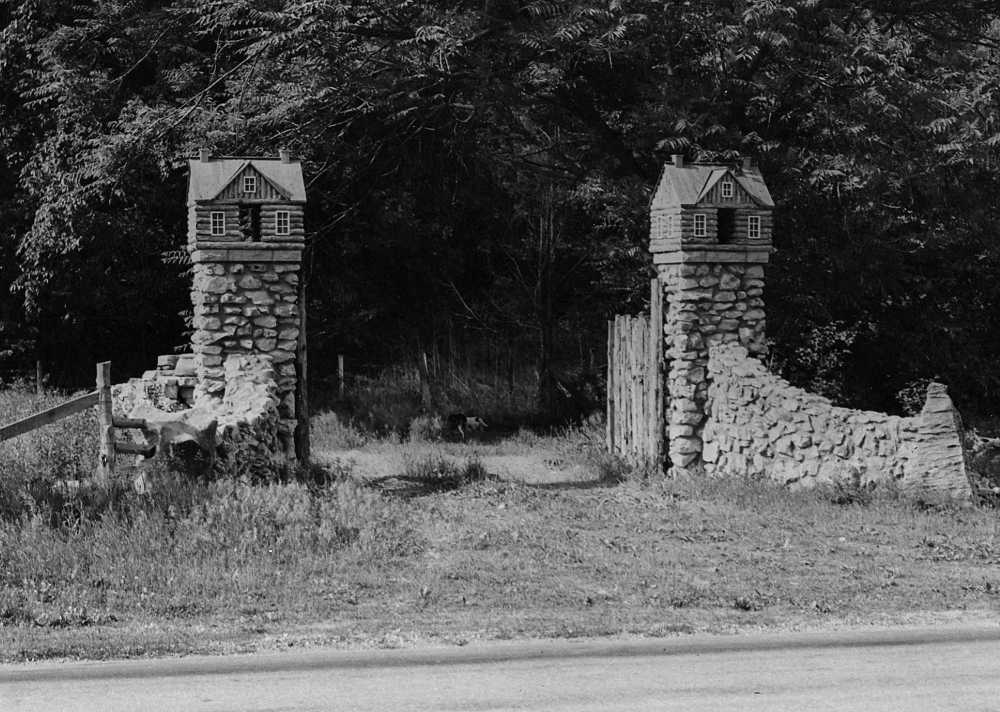 G.D. Fronabarger took this picture of the stone masonry columns at the original entrance to the area.

The sanctuary began when Judge and Mrs. I.R. Kelso donated 20 acres of land to the Audubon Society of Missouri in June 1937. Soon after, an additional 7 acres were added.

A subsequent donation by the Kelso heirs (30 acres in 1964), and a purchase of 76-acre Springdale Farm in 1979 (using federal grant dollars and a donation) from the Kelso heirs expanded the University's part of the sanctuary to its present extent.

At some point in the 1960s or 1970s, the name was changed to I. R. Kelso Wildlife Sanctuary. It is bordered on the east by the 8-acre Juden Creek Conservation Area, and some 30-40 acres comprising Twin Trees Park (city park).

The original entrance has a checkered history. At least three bridges over Juden Creek were washed out during Mississippi River floods (backwater). In the 1980s the University gave up on a bridge, and there was a foot-crossing of concrete-filled barrels and a handline until 1995. This washed out in the that year's flooding, and users of the site now use the Twin Trees Park/Juden Creek entrance on the east side. It connects to the ridgetop trail.