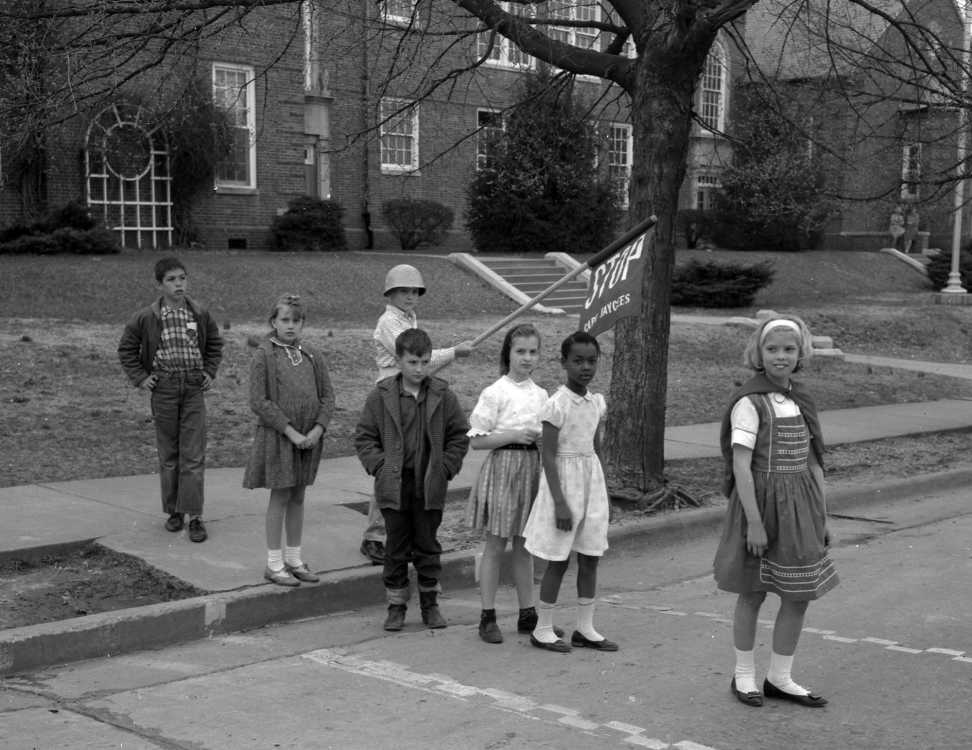 Children cross Independence street in front of Lorimier School in this undated photo from 1960 by G.D. Fronabarger.

The school was used until 1976. The building was sold to the city of Cape Girardeau and became City Hall.

For more history of New Lorimier School, see this blog by Sharon Sanders: