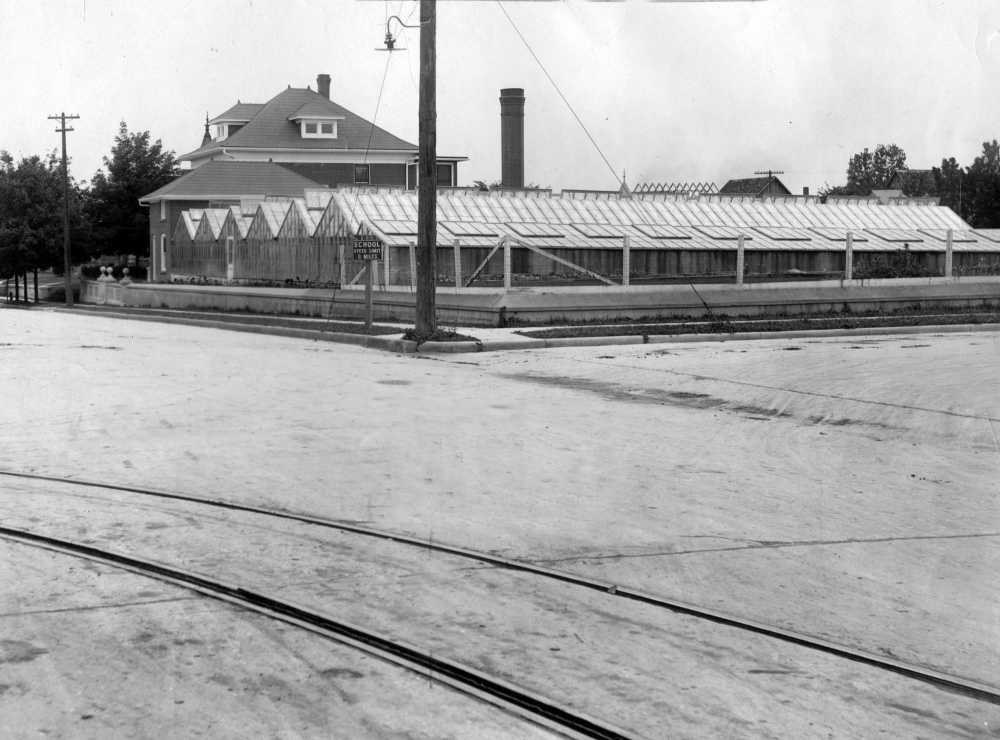 John Knaup purchased the Charles Gelvin floral operation on June 15, 1920, at the northeast corner of William and Pacific streets. Gelvin had established the first commercial greenhouse in Cape Girardeau at that site. Knaup operated the business from 1920 until his retirement in 1976, when his sons assumed its management.

From 1893 through 1934, trolley cars provided transportation through Cape Girardeau. The trolley tracks turned the corner at William and Pacific streets.