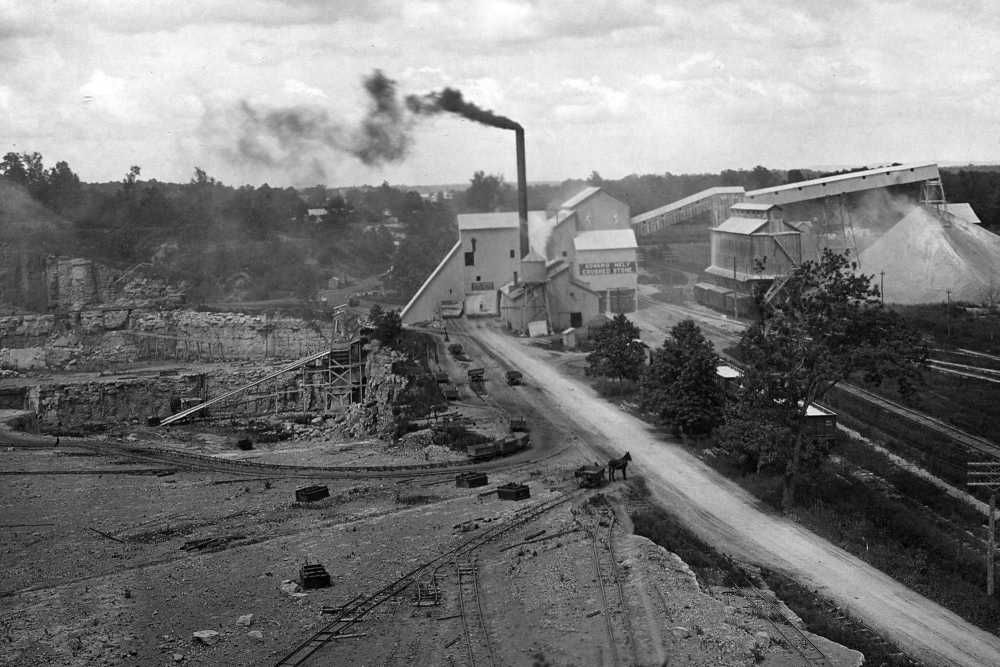 Edward Hely came to Cape Girardeau in 1902 and established a rock-crushing plant on South Sprigg Street, then outside the city limits. By 1915 the plant was producing 30 railroad cars of stone per day and employed 120 people. He ran the plant until his death in 1921, when his son, Norman, took over. In September 1931, the company merged with Ohio River Sand and Gravel Co. of Paducah, Ky., creating Federal Materials. Federal sold to Southeast Missouri Stone Co. in 1972. Production at the plant continued until 1976, when all operations were transferred to the SEMO Stone plant. The plant was razed in 1977. Photo published Oct. 3, 1929, Southeast Missourian 25th Anniversary Edition)

Note the horse and rail wagon next to the road.