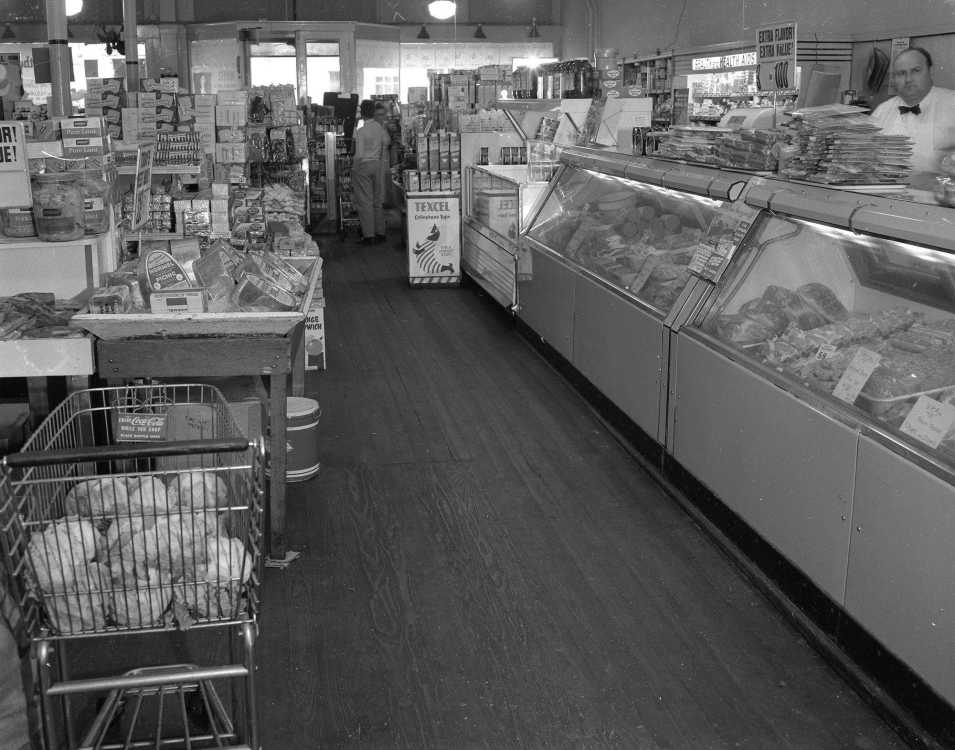 Kroger Co. operated a grocery store at 724 Broadway in the 1950s and earlier. This undated photo was taken by G.D. Fronabarger.

Kroger closed this store in 1960 and opened a new store at 2148 William in the Town Plaza.

R.A. Hughes, president of the St. Louis Division of the Kroger Co., announced today that the Kroger store at 724 Broadway will be permanently closed following the conclusion of the day's business this Saturday night, Aug. 6. The new Kroger supermarket located in the Town Plaza Shopping Center on West William will be opened Thursday, Aug. 11, he said. The Broadway Kroger store, owned by the estate of the late Dr. A.L. Fuerth, was erected in 1948 and occupied by the store that year.

The huge 54,000-square-foot facility "transformed a recent wasteland of junked automobiles and tangled vines and trees into one of the attractive affluences of a modern city," wrote G.D. Fronabarger in his business column of June 9, 1969.

In 1976, the store was expanded and called Kroger Sav-On.

The first Kroger store in Cape Girardeau opened in 1922 at 632 Broadway.

Records indicate another Kroger store opened on Main Street in 1934.

A small sign in the shopping cart reads, "Enjoy Coca-Cola while you shop. Place bottle here." The cart has a holder for two soda bottles.