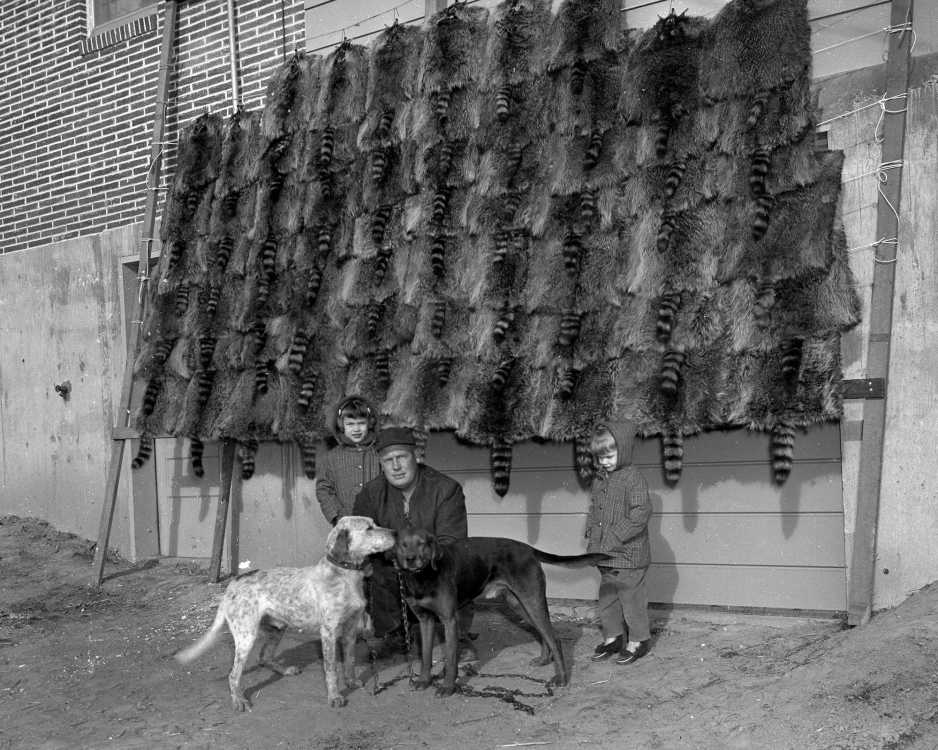 COON HUNTERS HAD A BIG SEASON. Hundreds of the animals were taken in Cape and adjoining counties and in Alexander and Union counties in Illinois. The photo shows just what kind of catch good hunting produces. Ralph Lowes, who resides north of Cape Girardeau, shows his winter catch of 66 coons, taken on lone hunts during the season. He hunted alone all winter, and his dogs, Fuzzy and Sam, got in on the record season. The animals taken by Lowes ranged from around 7 to 18 pounds. He reported there seemed to be just as many coon around when the season closed Jan. 15 as when it opened. Reports indicate that Mingo National Wildlife Refuge will be well populated with coon next winter. (G.D. Fronabarger photo)