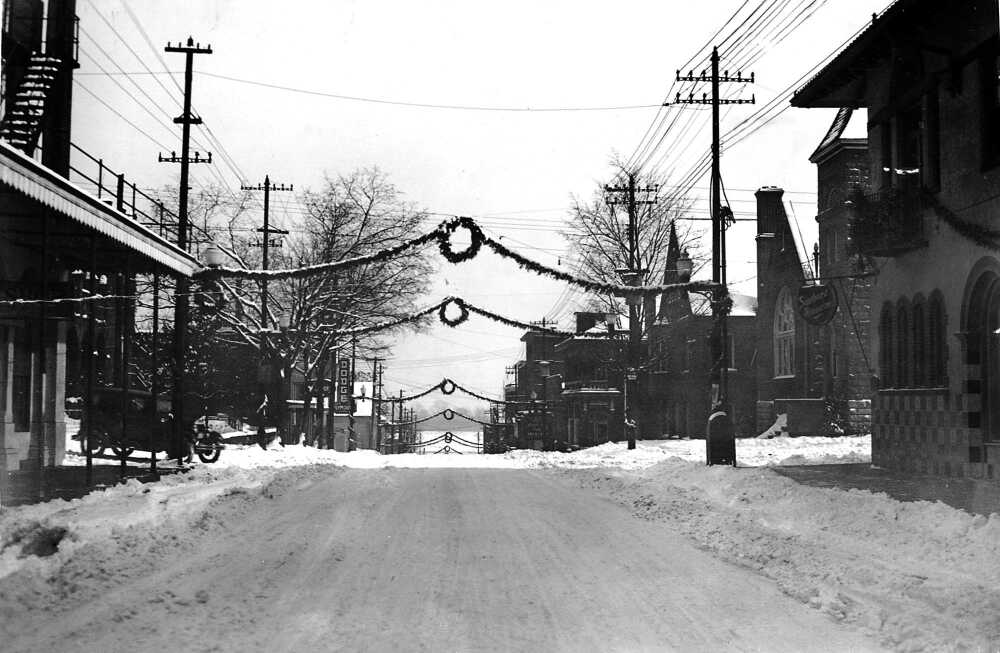 The Southeast Missourian published a photo illustration on Dec. 31, 1935. It was several decades before Photoshop was created.

G.D. Fronabarger made this photograph of a snowy Broadway for the illustration.

Development of the natural trade territory in the Illinois across the Mississippi River has been set as one of the major objectives of Cape Girardeau during the new year. How it shall be developed and what means shall be used must be determined early. Barriers which now stand in the way must be removed. The above photograph was used by the artist to present a picture conception of this objective as the camera's eye looks toward the rising sun and the new year from a vantage point on Broadway.

(The Opera House is at left, and at right is The Missourian Building.)

Here is the photo illustration from microfilm: 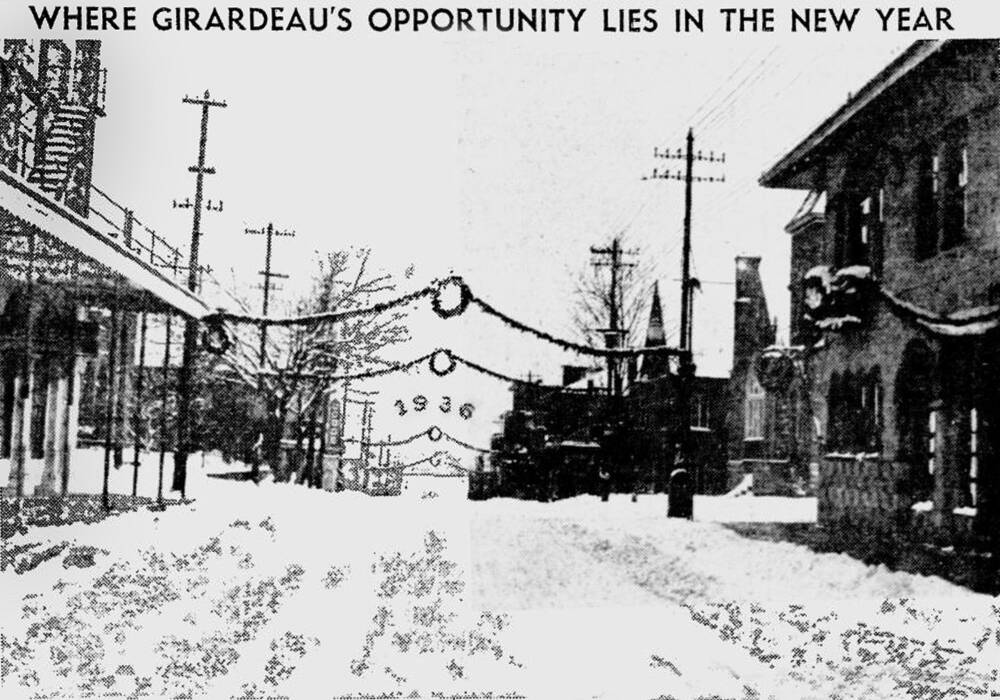 Frony was known for taking just one picture most of the time. He took another photo of this scene. Notice the automobile on the left at the corner on Lorimier Street. The car is gone in the photo illustration. Looking at the Southeast Missourian sign, it appears he stepped slightly to the right for the picture with no car.