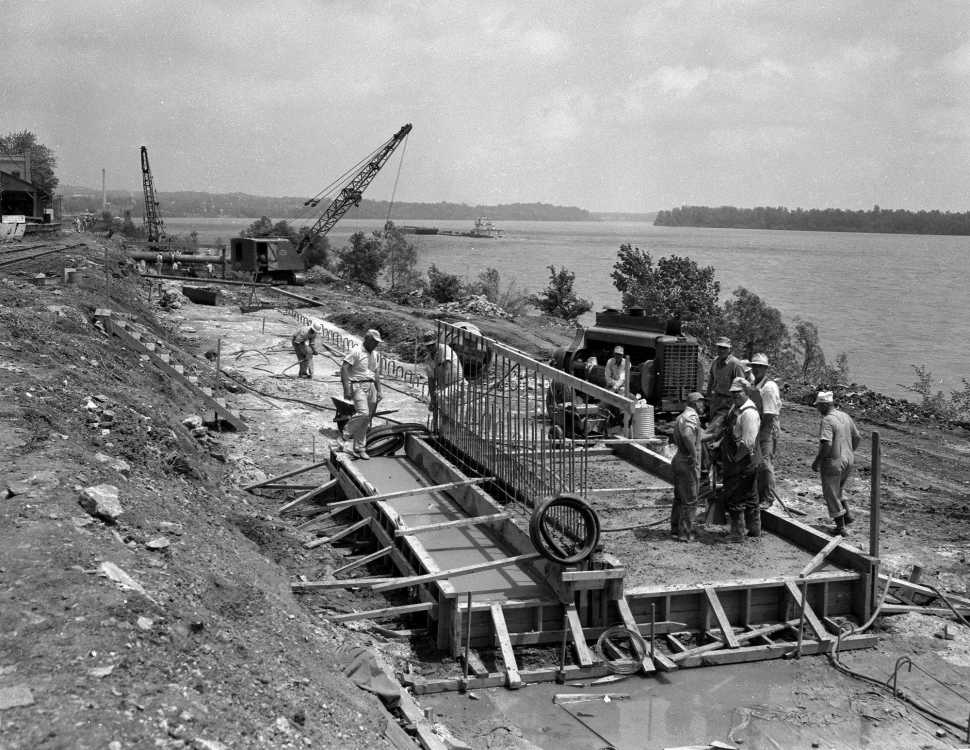 G.D. Fronabarger made this picture for the June 15, 1957 edition of the Southeast Missourian. Here is the caption:

With the water of the river having receded somewhat, work has been resumed on the flood wall along the Mississippi, with footings now being poured near the Frisco Freight station. The picture shows work in progress.

Construction of the flood control system began in 1956 and ended in 1964 at a cost of more than $4 million. The system is made up mostly of concrete wall -- 6,210 feet of it bending to conform to the shape of the riverfront -- supported on the north flank by 1,000 feet of dirt levee.

Engineers estimate it would take a flood stage of about 55 feet to top the wall that stands 17 to 20 feet in height. That stage is about 12 feet above any recorded flood here and about a foot above the theoretical maximum stage of water at Cape Girardeau, it was reported.