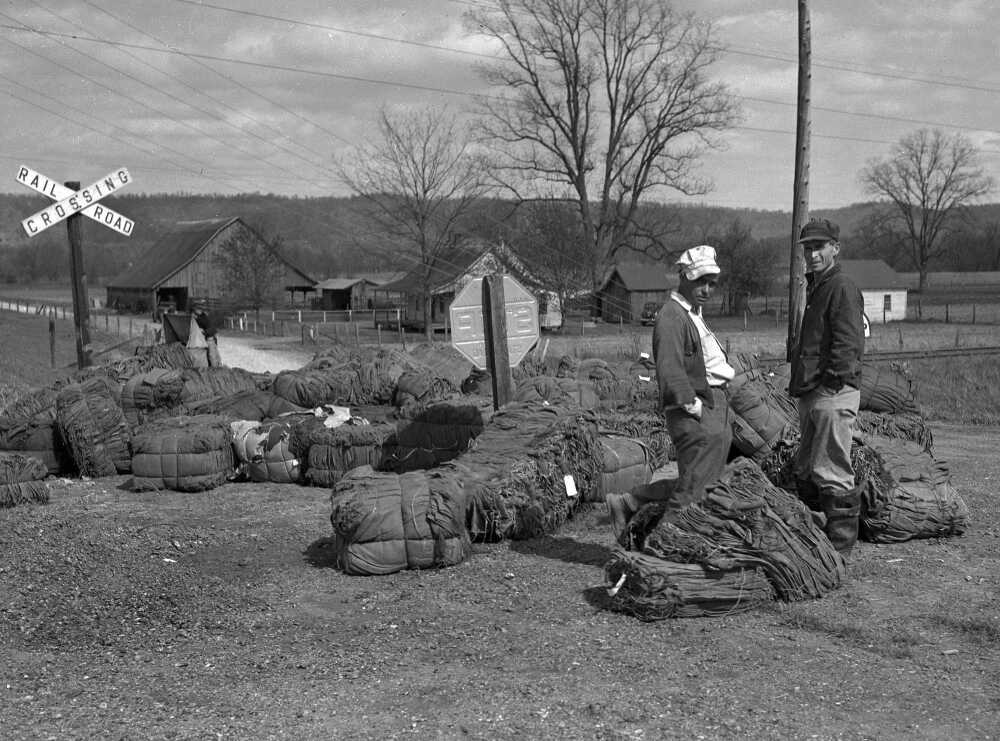 Oscar Ussery and Thomas Jefferson are standing by piles of sandbags on the Big Muddy bank at Aldridge, near where the first levee break occurred last year. Today troops were to take over and go to work with the sandbags. The photo was taken in the low Illinois area now under threat of the second Mississippi River inundation in 11 months. (Photo by G.D. Fronabarger)

A previous mystery photo was found in the same edition of the Southeast Missourian:

Thousands of sandbags are being trucked to the levee all along the area, but concentrated mostly at the points where breaks occurred in 1943--Aldridge, Wolf Lake, McClure and today some were to be taken to Gale. The break nearest Gale--there wer two of them last year, is showing some seepage.