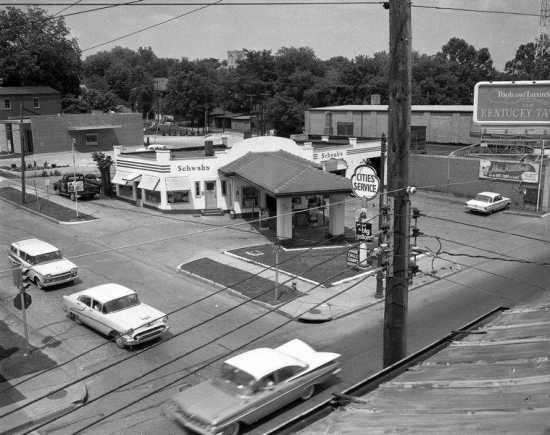 Thanks to fellow blogger Brad Hollerbach, we saw an old picture of the property at 834 Broadway that the Southeast Missouri State University Foundation has acquired.

The University plans to raze the building, along with the Howard's Sporting Goods building at 900 Broadway, to create parking spaces and "to incorporate landscape features into the properties to make them aesthetically pleasing to the community," according to a press release.

The undated picture from the Southeast Missourian archives shows it was Schwab's Cities Service. It was so listed in a 1942 city directory.

In the Feb. 4 blog, Jacksonjazzman commented: "Guess what -- the b&w photo of the old service station was taken from the top of a historic building across the street (katty-corner), one that had roots to the community's German roots -- but that building is now gone too!"

That building was called the Last Chance Bar. It was formerly known as the First and Last Chance Bar, because it was the first bar inside the Cape Girardeau city limits.

That was a long time ago when Pacific Street was the edge of town.

When the building was razed in the 1980s, the bar had been renamed Second Chance. It clearly had run out of chances.

Our librarian, Sharon Sanders, found this old photo of the Last Chance. It shows the bar shared the building with Freeman Groceries. 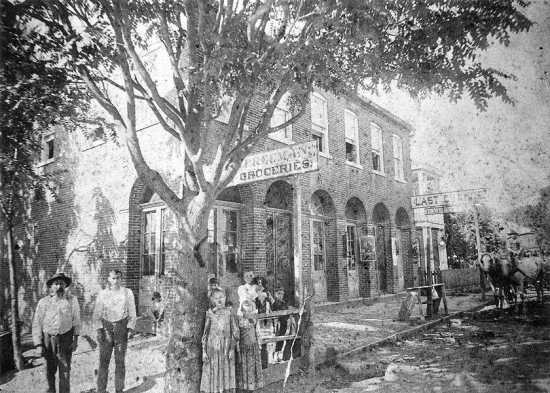 The next picture shows the parking lot at Broadway and Pacific on which the Last Chance once stood. Across the street is the Howard's building and the gas station.

Another picture shows the proximity of the gas station to the old Esquire Theatre on Broadway. 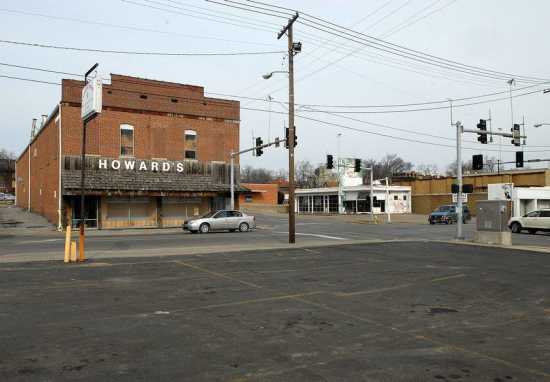 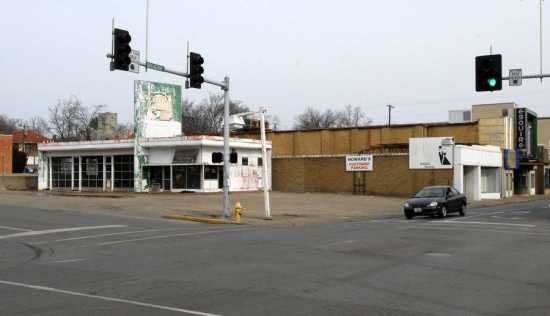