April shows may bring May flowers, but they also bring overflowing waterfalls. And those waterfalls, when captured from just the right angle in bright sunshine, deliver something else: rainbows. 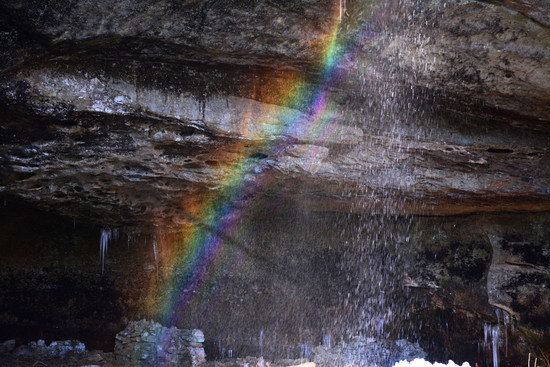 Southeast Missouri and Southern Illinois both have a bountiful collection of waterfalls. The trick is to catch them on a sunny day following a heavy rain. This can be a tall order, but the crazy weather of spring offers a good time of year to go waterfall -- and rainbow -- hunting. 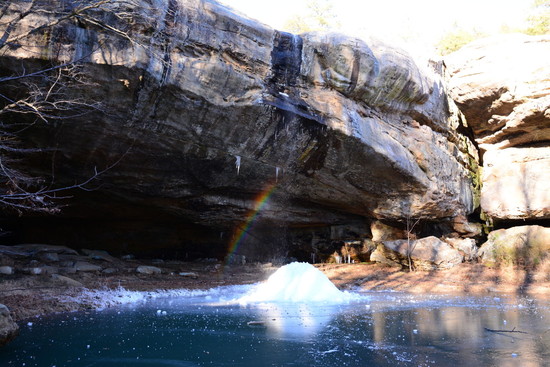 Here is a selection of rainbow-y waterfalls:

Cascading over a series of ledges for a vertical drop of 132 feet, Mina Sauk Falls is the tallest waterfall in Missouri. It's also one of the more frustrating, as it only flows during particularly wet weather and requires a grueling hike to reach from the top of Taum Sauk Mountain. The reward can be well worth it, though. 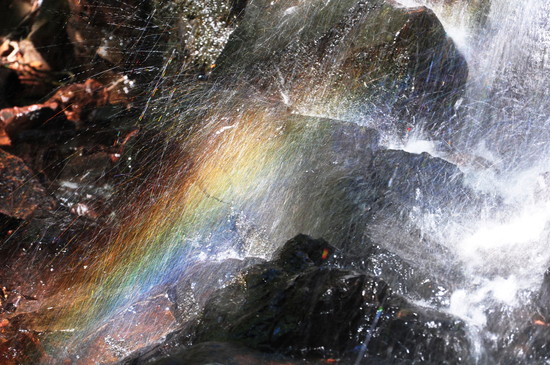 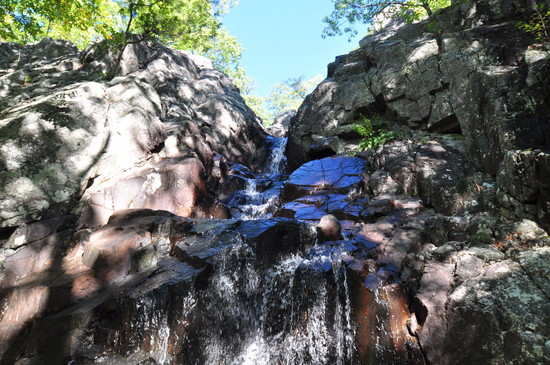 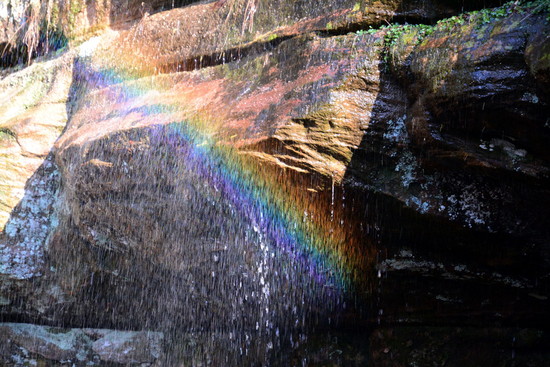 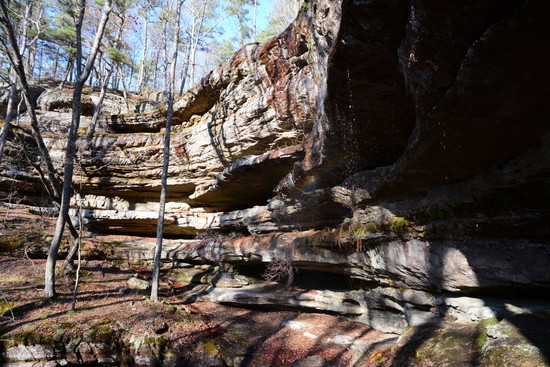 Ferne Clyffe State Park at Goreville, Illinois, is noted for its tall waterfall, but the park also includes a second lesser-known falls -- Borks Waterfall -- located in a peripheral section of the park. The good news is that a county road leads right to the falls. The bad news is that the road fords the creek immediately above the precipice, so this isn't a recommended place for low-clearance vehicles. It's also not an optimal location to visit during a flash flood! 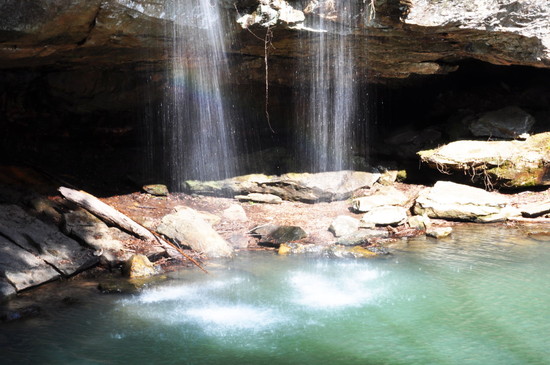 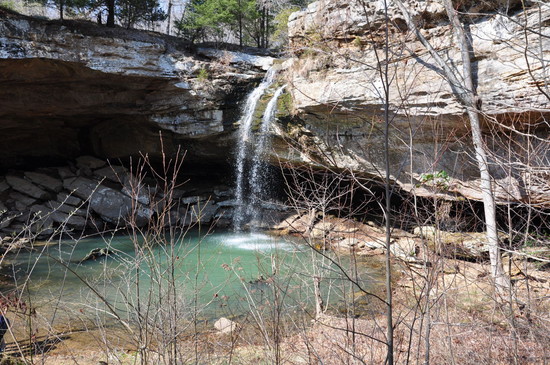 Gum Springs Road, located just north of Highway 147 near Simpson, intersects the River-to-River Trail at a bridge over Cedar Creek. This is an important spot for hikers: trails radiate in almost every direction following the various tributaries of Cedar Creek. At least six different waterfalls can be found by hiking these trails. Cedar Falls, also known as Packentuck Falls, is one of the largest falls in Southern Illinois, although it sits on private Camp Ondessonk property and requires permission to visit (see first two photos at the beginning of this blog). The rest of the falls reside on Shawnee National Forest land. 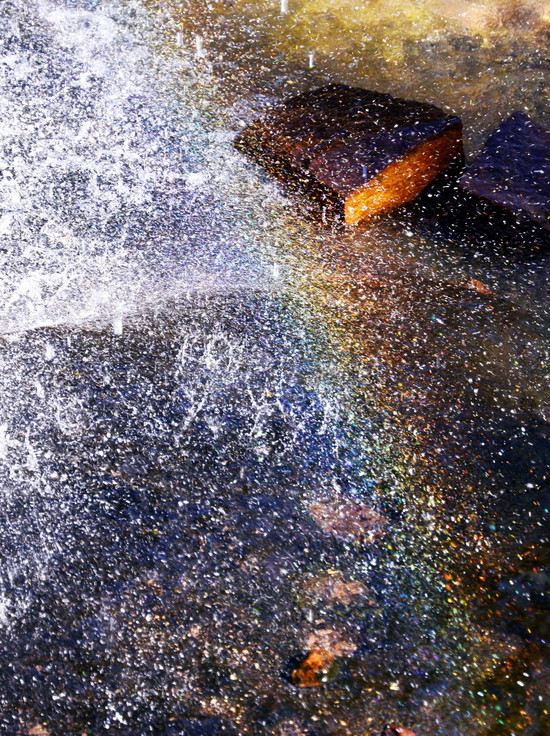 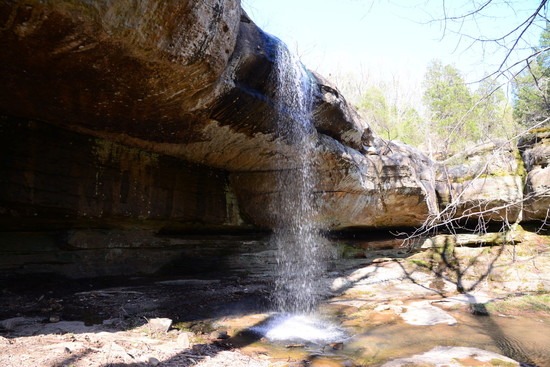 Mr. Orange Jackson was a colorful character in Pope County history, and his name -- or at least the Jackson family name -- has been applied to three different local canyons and waterfalls. Jackson Hole Falls is not to be confused with Jackson Falls, which is separate from the waterfall at Jackson Hollow. It's all very confusing. The three Jackson canyons are each impressive in their own way, although they are difficult to reach. Jackson Hole Falls, in particular, requires a drive down a bumpy gravel road (Mustang Lane) northwest of Eddyville and then a short hike along an unmarked trail. 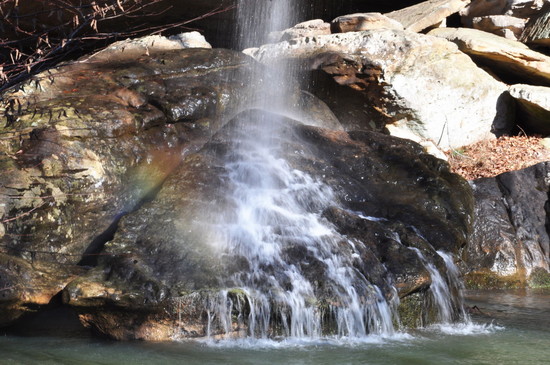 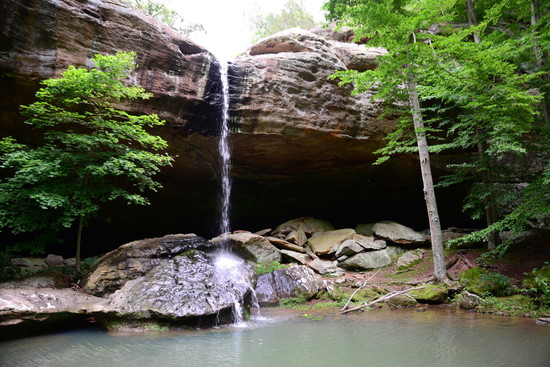