A "canyon" in Missouri isn't quite as large as a "canyon" in Arizona or Colorado. We don't have anything like the Grand Canyon, but Hickory Canyons in Ste. Genevieve County does feature some surprisingly tall bluffs and rock formations for our corner of the Midwest. 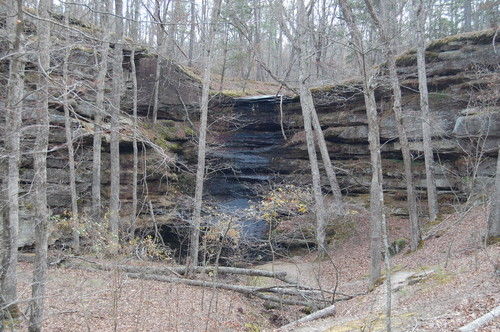 Hickory Canyons Natural Area, managed by the Department of Conservation, is located on either side of Sprott Road, a gravel county road. Driving down the road, you would never know that you are surrounded by steep sandstone canyons.

Two trails lead from the parking area in opposite directions. The short trail on the east side drops into a canyon and ends in front of a waterfall. This is the beginning of Establishment Creek; the curious name comes from an early settlement, or establishment, in the 1790s closer to where the creek empties in the Mississippi River. 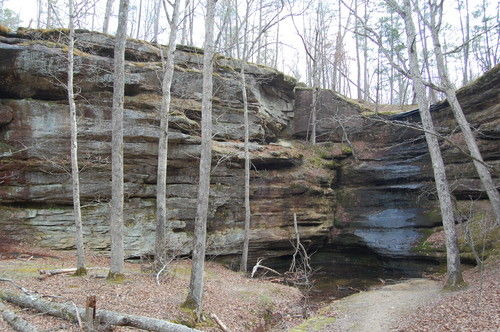 Following the creek downstream, many nooks and crannies, including this large side canyon, are waiting to be explored. 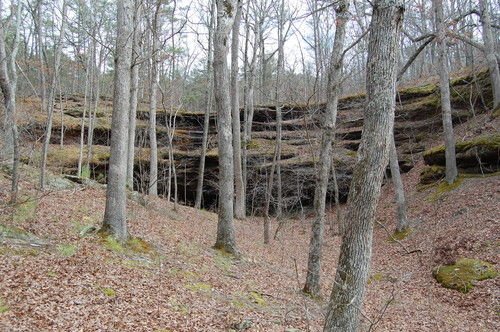 The sandstone has eroded into many horizontal ledges. These look tempting at first but are quite narrow and difficult to safely follow. 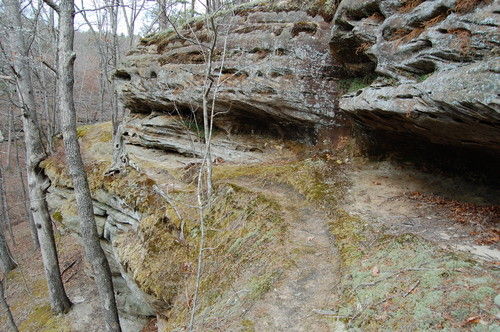 A spur from the trail leads along the top of the canyon walls to the head of the waterfall. It's a long way down. 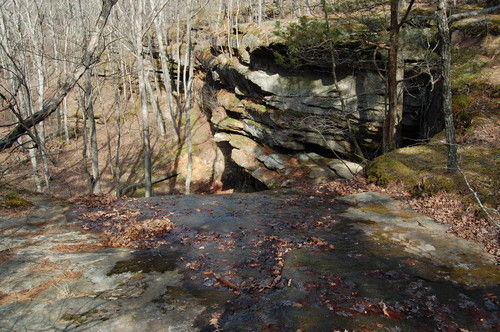 The second trail from the parking lot on the west side forms a loop that enters and exits a large canyon formed by Hickory Creek. Traveling counterclockwise, it first descends along a hillside and ravine: 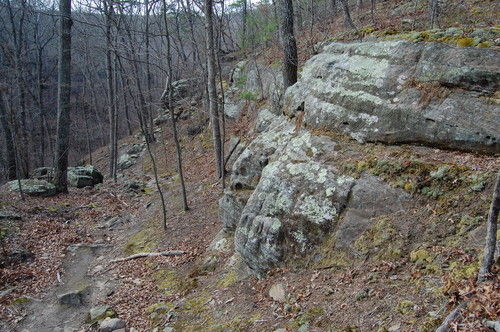 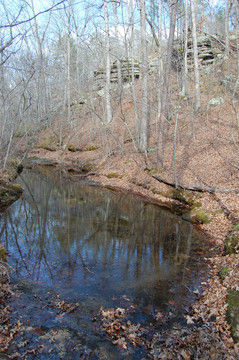 And passes under some towering rocks: 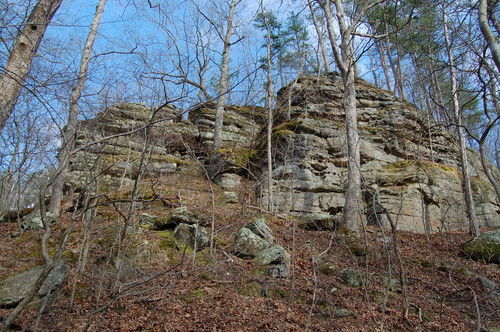 The best part, however, comes when the trail climbs a wooden staircase past a deep side canyon. 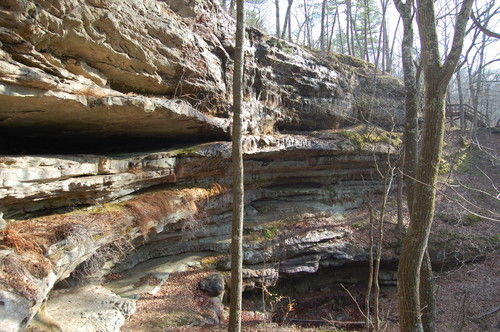 This hollow, surrounded on three sides by ragged bluffs, features many ledges, overhangs, and other assorted curiosities to explore. In wet weather, a trickle of water flows down the rocks. 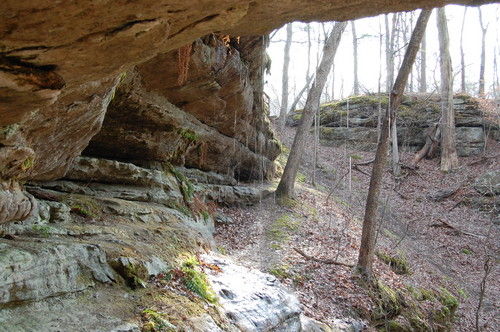 From Cape Girardeau, take I-55 north to the Highway 32 interchange (Exit 150) near Ste. Genevieve. Take Highway 32 west for 8.5 miles and turn right on Route C. Follow this road a shade over three miles and make a left on Sprott Road. Continue on this gravel road for almost two miles to the Hickory Canyons parking lot on the left. Look for the trailheads on both sides of the road.