I've written before about Millstone Lake, a reservoir in Southern Illinois that has overtopped its emergency spillway multiple times, creating a massive scour hole with a variety of rock formations and fossils. 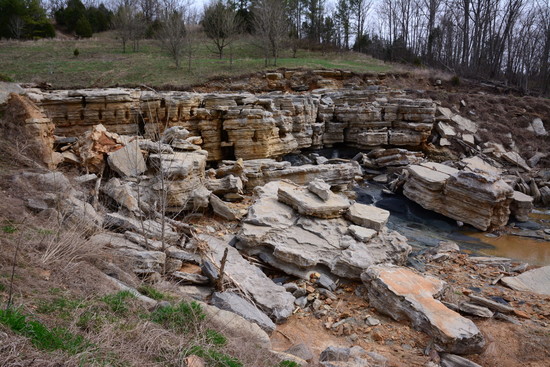 When I previously visited in January, the access road came to a sudden end at a deep scour hole. Recently, the hole was filled, allowing access to the parking area and boat ramp again. The road is still rather bumpy, though. 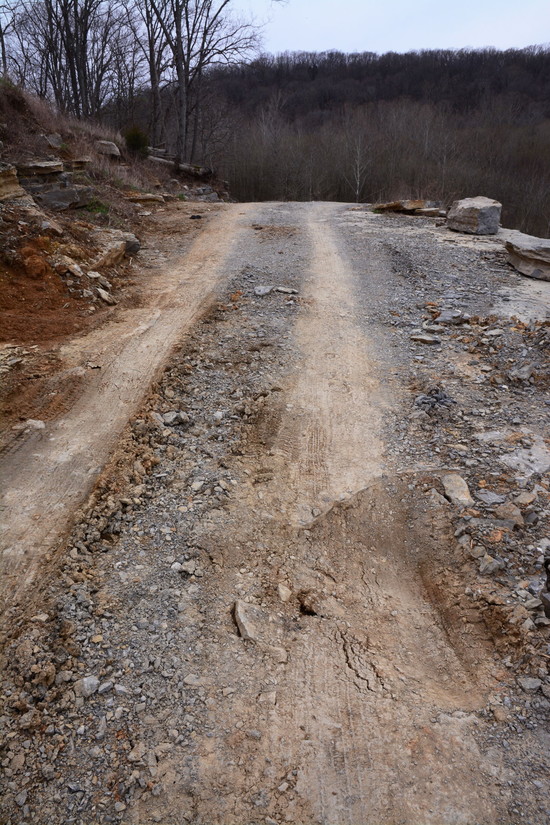 When I visited on April 6, water from the most recent rain was flowing through the scour channel. That's bad news: it means lake water is finding a way underneath the levee. 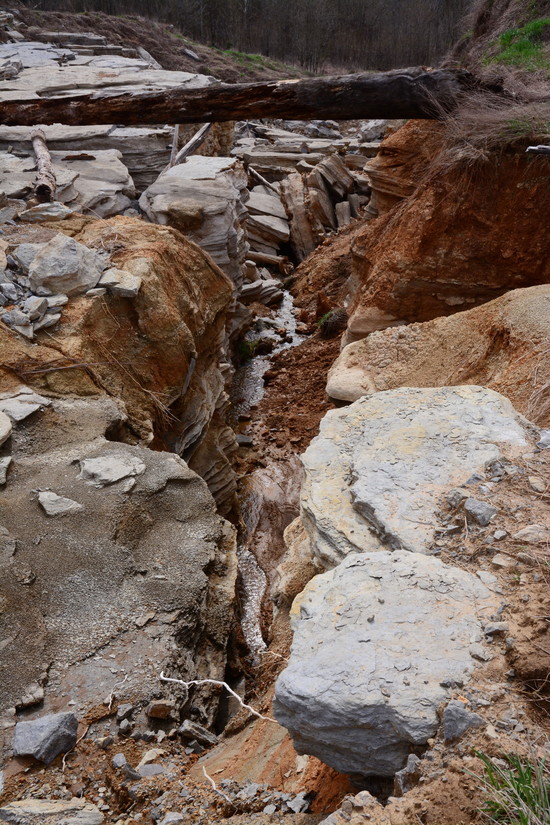 The flow was enough to create a fleeting waterfall at the lower edge of the scour channel. 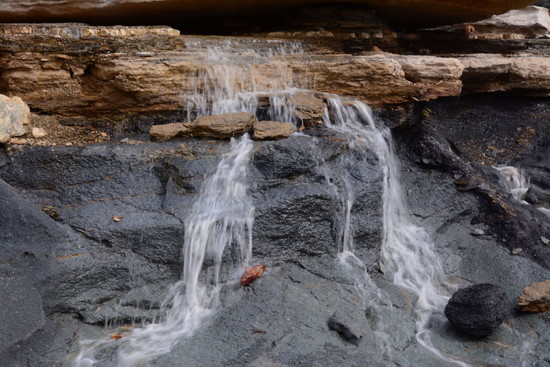 It's a fascinating area, but it's also a hazardous area. Runoff from each rainstorm is eroding the rocks at a rapid rate. 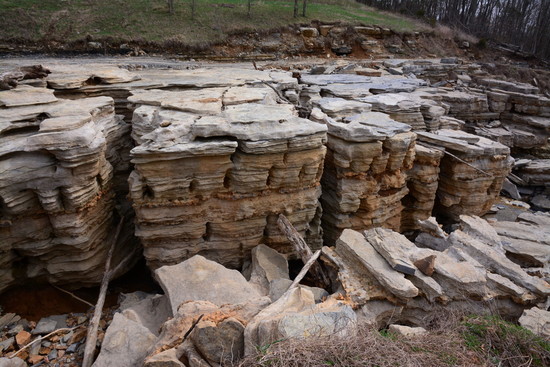 From Cape Girardeau, take Highway 146 east through McClure, Ware, and Anna to Vienna. Just past the interchange with I-24, turn left on Highway 147. Follow this highway for 12 miles and then turn left on Millstone Lake Road. If you reach Highway 145, you've gone too far. Drive on this paved lane for roughly one mile. When the pavement ends, bear left and continue for almost another mile to the dam on a somewhat rough and muddy road.