In a previous blog, I described the badlands at Millstone Lake near Vienna, Illinois. Rainstorms in 2008 and 2011 caused the reservoir to overflow, scouring deep crevices into the emergency spillway.

Since then, another rainstorm has brought even more erosion and enlarged the badlands. 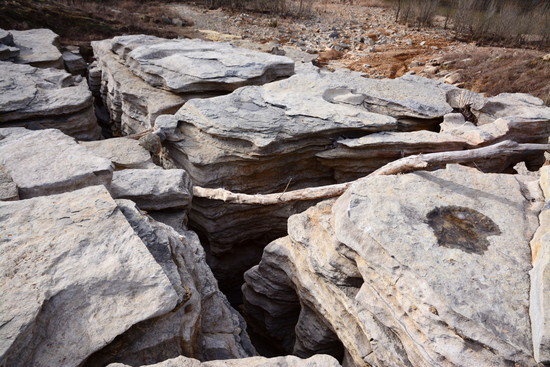 Thanks to the overflow, the access road and parking lot have been washed out yet again. 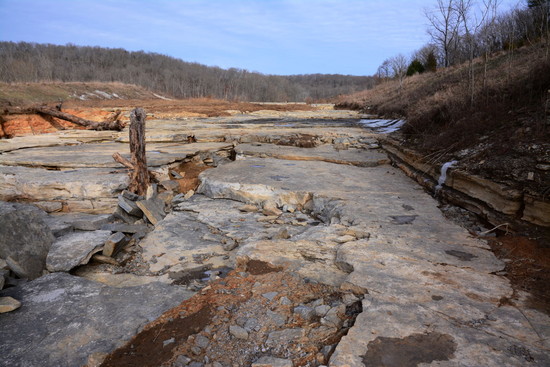 It's still possible to park below the dam and walk to the badlands. Although the ground appears even more unstable than ever, the area is well worth exploring. 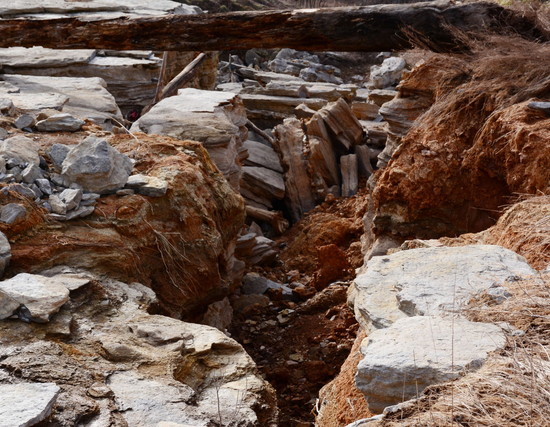 The exposed limestone has revealed a motherlode of fossils, including large Archimedes screws. 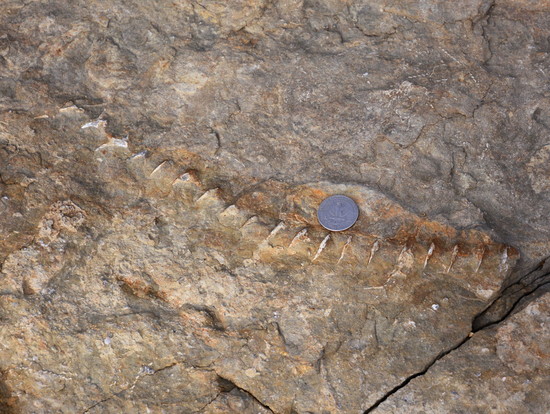 While studying the fossils, however, don't get too close to the edge of the rocks. The crevices are surprisingly deep. I spotted the gruesome remains of a deer that must have been caught in the deluge and smashed against the rocks below. 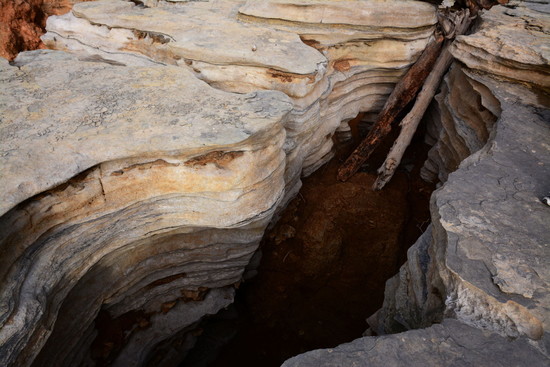 The lake itself now seems so peaceful. It's hard to imagine how this reservoir can transform into a monster, but it has -- and probably will again. 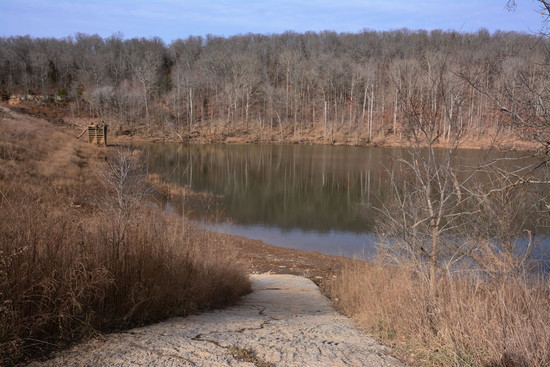 From Cape Girardeau, take Highway 146 east through McClure, Ware, and Anna to Vienna. Just past the interchange with I-24, turn left on Highway 147. Follow this highway for 12 miles and then turn left on Millstone Lake Road. If you reach Highway 145, you've gone too far. Drive on this paved lane for roughly one mile. When the pavement ends, bear left and continue for almost another mile to the dam on a somewhat rough and muddy road. The road now ends abruptly while climbing to the emergency spillway; park at the bottom instead where it is possible to turn around.