Not just Wappapello: Another lake with flood damage from 2011

In the aftermath of the flood of 2011, I described how the landscape at Lake Wappapello had been drastically changed by the overflow of the emergency spillway. The surge of water had created a badlands of pinnacles and crevices.

This wasn't the only lake in the region that was hammered by the insane amount of rainfall that spring. Bay Creek Lake Number 5 in Pope County, Illinois, better known as Millstone Lake, also experienced an overflow of its emergency spillway. 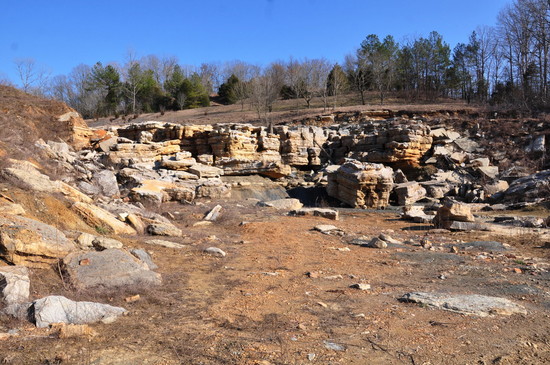 In fact, this emergency spillway has seen action two different times: in 2008 and 2011. These two events created a badlands of pinnacles and crevices, just like Lake Wappapello. However, these badlands are accessible to the public, unlike Wappapello's trail of destruction which remains mostly off-limits and guarded by fences. 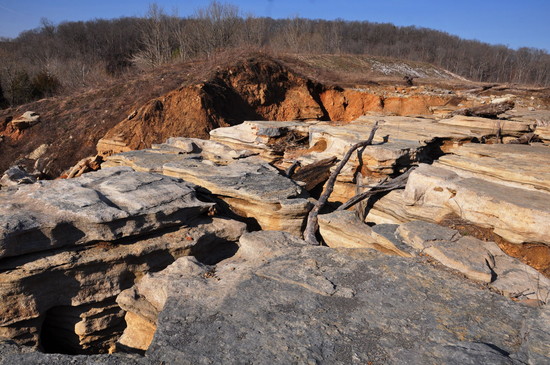 The rocks, sitting at crazy angles, look somewhat unstable, but this is obviously a popular place to explore based on the number of footprints. 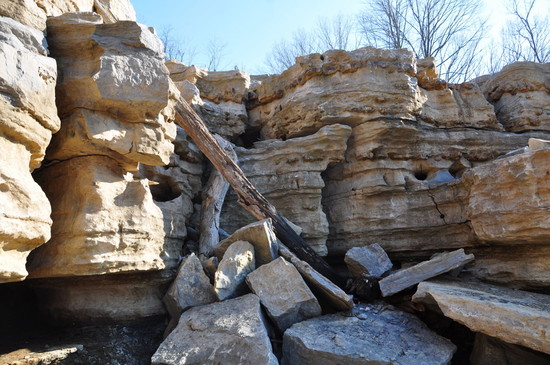 In places, the rock is pierced by numerous holes and small natural arches. 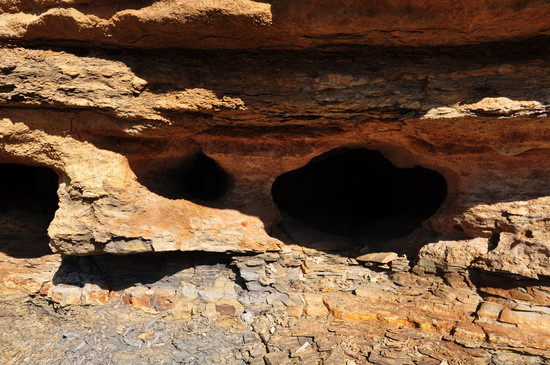 The most interesting rocks are those layers of limestone that happen to contain fossils. I found one chunk, only about an inch thick, that is almost entirely composed of fossilized shells. \ 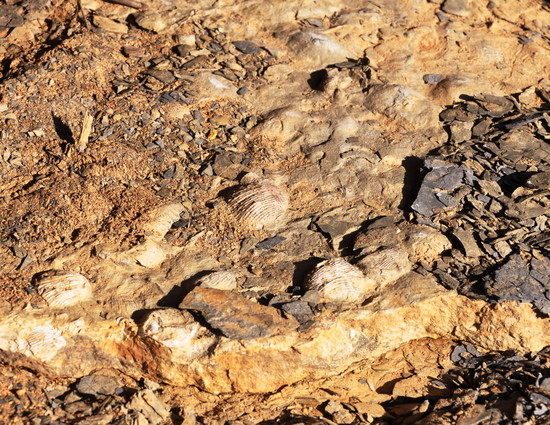 Most of the outcrops in this part of Illinois are sandstone, but this fossil-rich limestone has been exposed thanks to the floods. 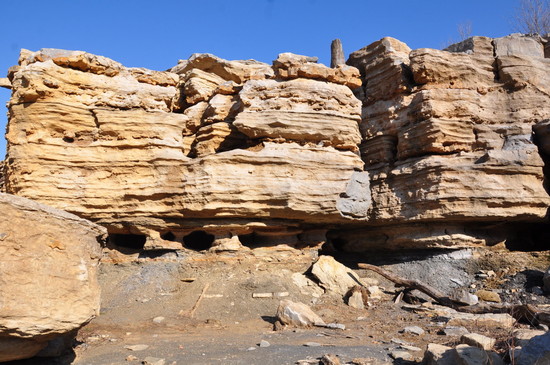 The dam and spillway are owned by the Bay Creek Conservancy District, a local government agency that allows public access to the lake. The two floods destroyed the access road to the parking area and boat ramp, but the district has repaired the road both times. 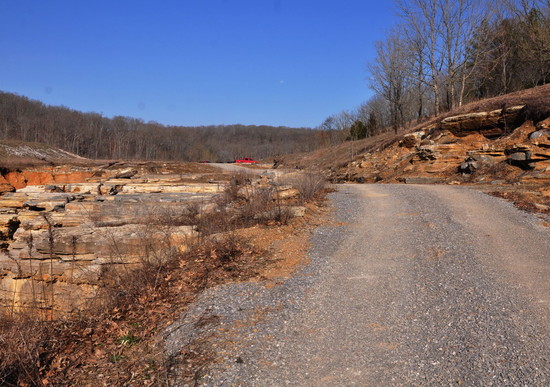 Most of the lake is within Shawnee National Forest land. With steep forested hills on both sides, the zigzagging lake is scenic from any angle. 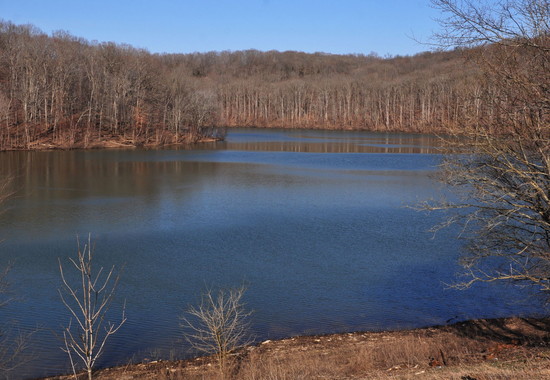 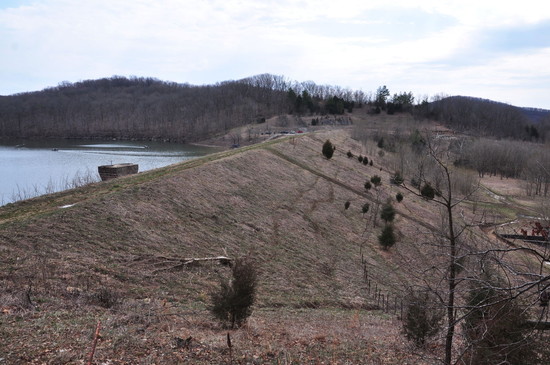 There's a curious surprise in the woods just beyond the north end of the dam: an abandoned school bus. I'd love to know the story behind this one. 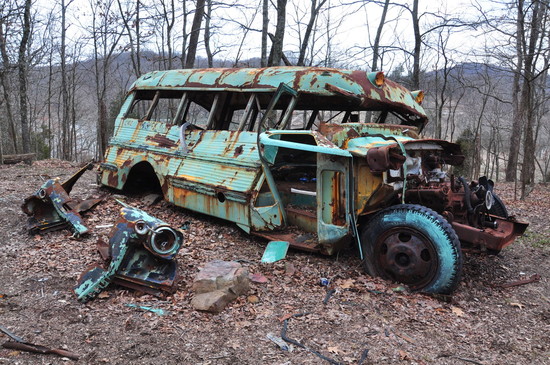 A network of trails, including the River-to-River Trail, connect the dam with the Jackson Falls and Promised Land areas to the north, and the Sand Cave area to the east. While the lake and its emergency spillway are worth visiting outright, Millstone Lake is also a convenient starting point for other destinations.

From Cape Girardeau, take Highway 146 east through McClure, Ware, and Anna to Vienna. Just past the interchange with I-24, turn left on Highway 147. Follow this highway for 12 miles and then turn left on Millstone Lake Road. If you reach Highway 145, you've gone too far. Drive on this paved lane for roughly one mile. When the pavement ends, bear left and continue for almost another mile to the end of the road at the spillway and parking area. Watch out for a couple of muddy spots along the gravel road.