South of the Snake Road

As many times as I've visited the Snake Road in Southern Illinois, I've never actually seen a snake. 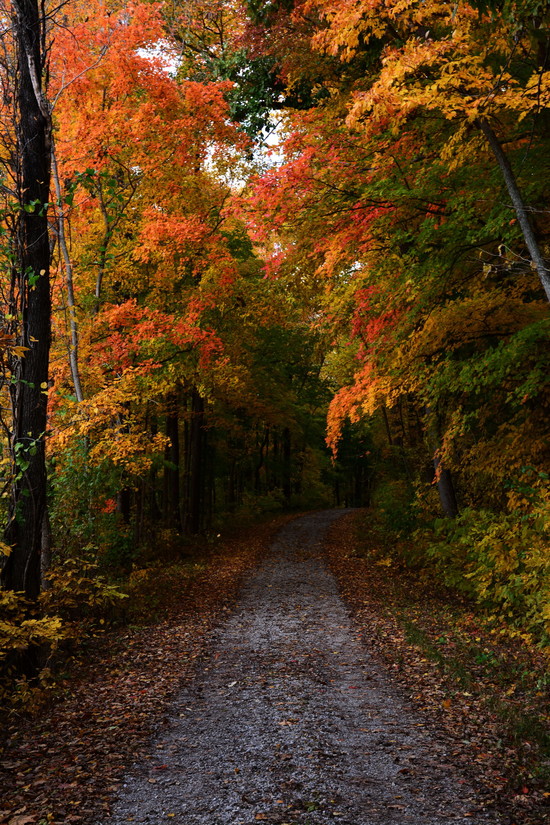 That's just fine. The Snake Road, squeezed between towering bluffs and swampland, offers much more than just reptiles: it's a great place to see the four seasons. 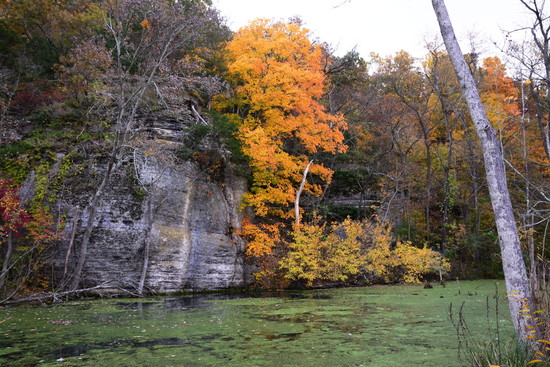 The Snake Road is part of the LaRue Pine Hills - Otter Pond Research Natural Area, which the U.S. Forest Services says "contains more plant species than any other site of comparable size and is considered to be one of the most outstanding natural areas in the Midwest." 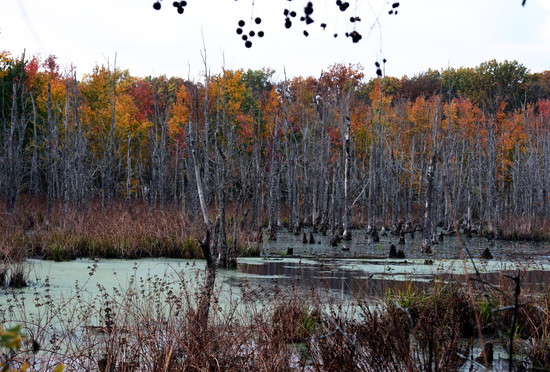 The "LaRue" part of the long-winded name refers to both LaRue Swamp and to the long-lost hamlet of LaRue, a sawmill and railroad town that reached its peak in the 1910s.

"Pine Hills" refers to the ridgetops covered with pine trees, a landmark noticed by Meriwether Lewis in 1803. In his journal, he mentioned the "high clifts the summits of which are crowned with pitch-pine & seeder..." (Lewis had an interesting sense of spelling).

That leaves "Otter Pond" as the last part of the name. Located south of the Snake Road, this body of water laps against the base of the bluffs, creating a memorable photo opportunity. 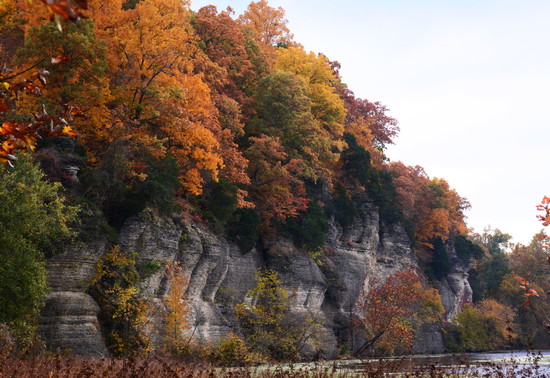 Forest Road 345A, a short spur from the Snake Road, leads to Otter Pond. 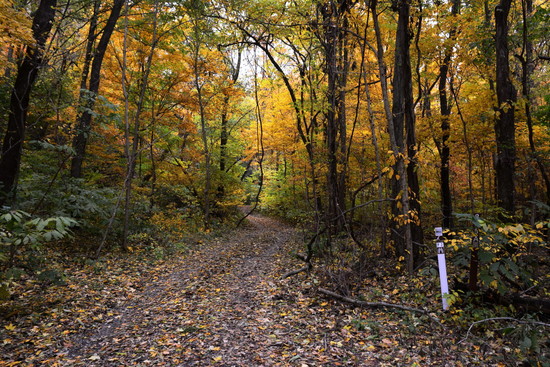 According to a Forest Service map, this road is open to motor vehicles from May 9 to December 9 each year. However, the narrow lane is best experienced on foot. It first passes tall bluffs before meandering southward through lowlands. 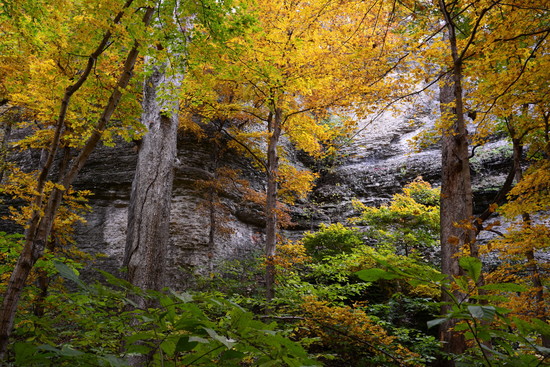 The road then meets another set of bluffs with overhangs that seem to defy gravity. 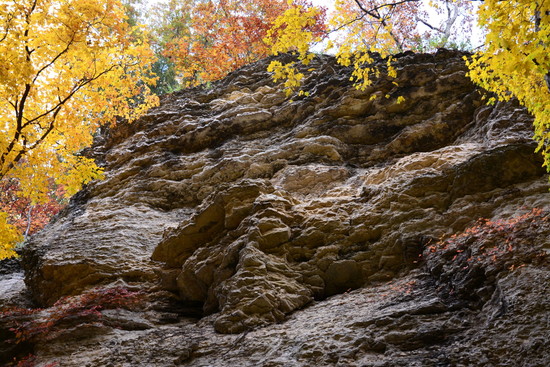 Abruptly, the road ends at the water's edge in a quagmire of mud. 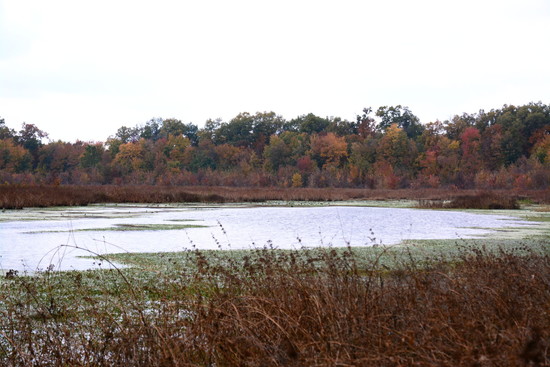 Autumn has brought an explosion of color to LaRue-Pine Hills, but this ecological wonder is worth visiting year round.

From Cape Girardeau, cross the Emerson Bridge and turn left on Highway 3. Continue through McClure, Ware, and Wolf Lake. After going two miles past Wolf Lake, look for the sign announcing "La Rue Ecological Area." Turn right here on Larue Road. Continue on this gravel road across the railroad tracks and to the gate and parking spot at the beginning of the Snake Road. Forest Road 345A branches to the right just before the gate.