University quietly wipes out another piece of Cape's history 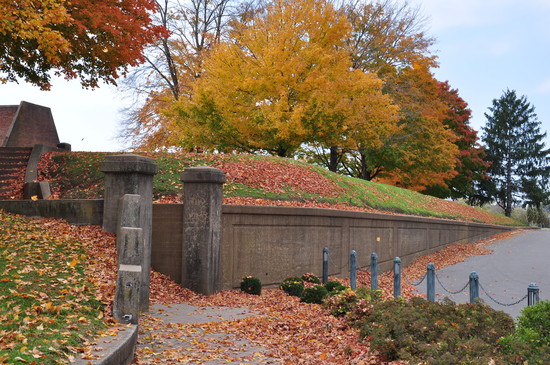 It was an easily overlooked landmark, one that seemed inconsequential at first glance: a small retaining wall and staircase along Morgan Oak Street in front of the old St. Vincent's College.

This chunk of concrete, however, represented a curious chapter in Cape Girardeau's history. In the 1920s, the city hired Harland Bartholomew of St. Louis, renowned city planner, to develop a comprehensive plan for the growing city. His vision included, among other things, a system of parkways and grand entrances to the city. While not all of his ideas were implemented, the retaining wall was a concrete action that the city undertook soon after he unveiled his plan.

Don't try looking for the wall, however. It was recently obliterated as part of the River Campus expansion project, yet another target of the University's relentless expansion and manifest destiny over Cape Girardeau. 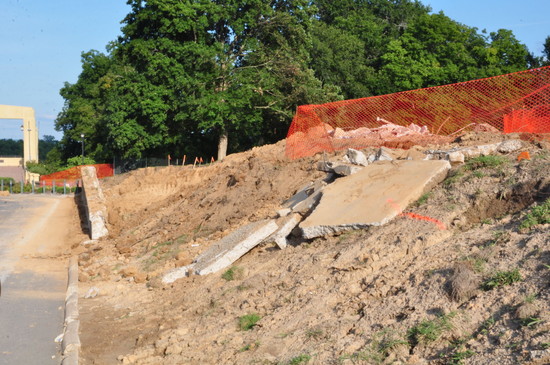 The late 1920s was a time of optimism for the city. Census figures show that the city grew 58% between 1920 and 1930. The long-overdue bridge over the Mississippi River was under construction, and civic leaders felt the bridge would provide a huge economic boom. To prepare for even more growth, the Chamber of Commerce raised funds to hire Harland Bartholomew to prepare a city plan.

At that point, Bartholomew was a rising star as a city planner, having authored roughly three dozen comprehensive plans for cities large and small, ranging from St. Louis to Homosassa, Florida. This was still early in his career, however. He and his firm, Harland Bartholomew & Associates, would later generate thousands of plans and reports worldwide.

An obituary in the New York Times called him "the dean of comprehensive city planning." One biography states that, "There is not one American city that does not show the results of his work, directly or indirectly."

These are not exaggerations. His ideas, particularly regarding zoning ordinances and highway construction, permeate American cities to this day. In his city plans, he advocated zoning rules with a strict separation of residential, commercial, and industrial uses. His plans and maps should look familiar to anybody who has played SimCity.

Bartholomew's philosophies, which tended to be automobile-centric (or maybe even automobile-obsessed), have come under attack in modern times. Nevertheless, it's hard to deny that he single-handedly changed everyday life for many urban residents, for better or worse.

He was particularly concerned with giving visitors a positive first impression when entering the city. After he delivered his final Cape Girardeau plan late in 1927, the city was faced with an immediate decision: what kind of entrance should greet travelers from Illinois crossing the new bridge? 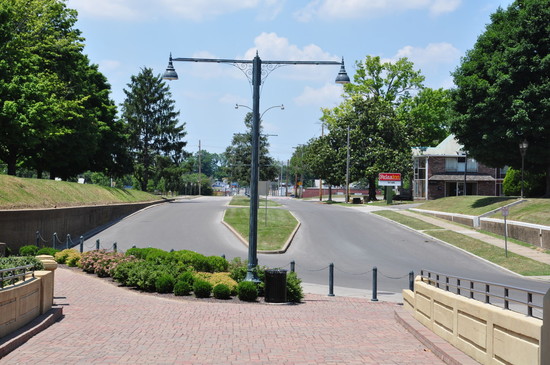 Time was short, as the bridge was scheduled to open in the summer of 1928. The Southeast Missourian on May 9, 1928, reported the city's decision:

Morgan Oak Entrance to Be Beautified Along Bartholomew Plan

The Morgan Oak street approach to the traffic bridge across the Mississippi River is being worked out along the lines proposed in the original plan submitted by Harland Bartholomew, noted city planner. Bartholomew's plan included parkways on Morgan Oak street between Spanish and Lorimier streets, and these have been included in the plans made by City Engineer E. L. Sailer and approved by the City Council.

Construction of this approach is one of the first paving projects for the year and should be completed by Sept. 1, according to the city engineer.

The resolutions passed by the City Council on the project, calls for two 24-foot roadways to be constructed between Spanish and Lorimier streets on Morgan Oak street. Between these roadways will be parkways, 19 feet wide, in which flowers will be planted.

A circular parkway will be provided at the intersection of Lorimier and Morgan Oak, at the entrance to St. Vincent's College campjus. This parkway will be 40 feet in diameter.

A concrete retaining wall will be constructed along the college campus on the south side of the street from the bridge approach to the west side of Lorimier strert intersection. There will be an ornamental entrance and stairway to the college property opposite of Lorimier street intersection and ornamental vehicle and pedestrian entrance where the present drive now enters the college grounds. There will be ornamental concrete gateposts and wrought iron gates at the entrances.

Local contractor F.W. Keller was awarded the contract for the retaining wall with a bid of $2947.80. The bridge's approach, including Morgan Oak parkway, retaining wall, staircase, light fixtures, and toll house, were completed just in time for the bridge's formal dedication on Sept. 3, 1928 -- 85 years ago.

The bridge's opening brought one of the largest crowds in the city's history: 30,000 people were said to have visited Cape, with 15,000 estimated at the dedication ceremony on the grounds of St. Vincent's College. Many of these attendees no doubt used the brand new staircase from Morgan Oak as they strolled across the bridge before it was opened to car traffic later in the day. 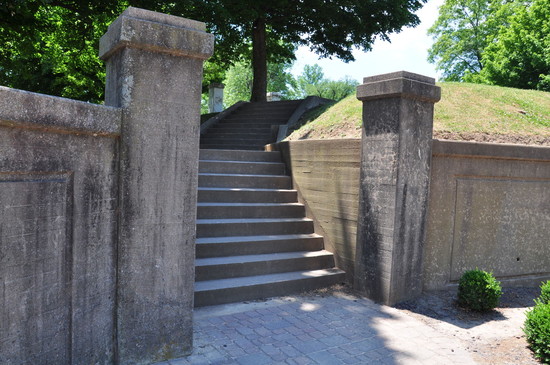 Today, that stretch of Morgan Oak is still a parkway, but it no longer serves as a grand entrance to the city. Instead, visitors crossing the new bridge see stoplights, billboards, bike lanes to nowhere, and a rusty pedestrian overpass -- hardly the kind of first impression that Bartholomew would have approved.

Meanwhile, the retaining wall, staircase, and "ornamental concrete gateposts" are now history, the latest in a series of city landmarks that have been bulldozed in the name of "progress" as defined by the Board of Regents. 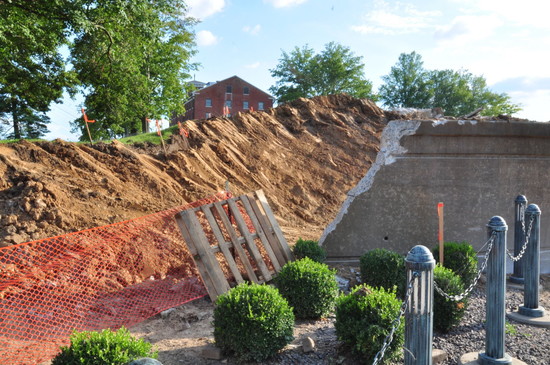