Crawl into a canyon

I wrote recently about "rock formation fatigue" while exploring a canyon near Vienna, Illinois, that offered rock shelters, bluffs, pinnacles, boulders, and waterfalls around every corner.

The one thing I didn't see was a natural arch. On a return visit to the same corner of the Shawnee National Forest, however, I found a natural arch within five minutes -- and I wasn't even looking for one. 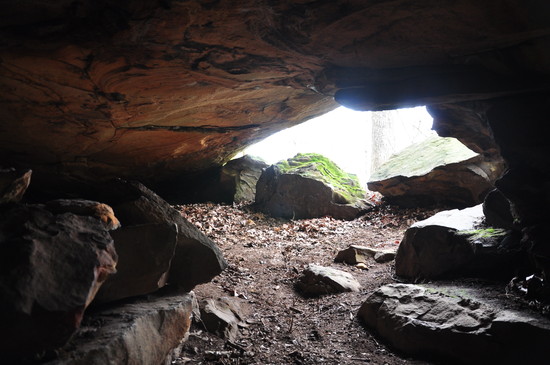 Located at the head of a small box canyon, this natural arch offers the most convenient access to the canyon floor. 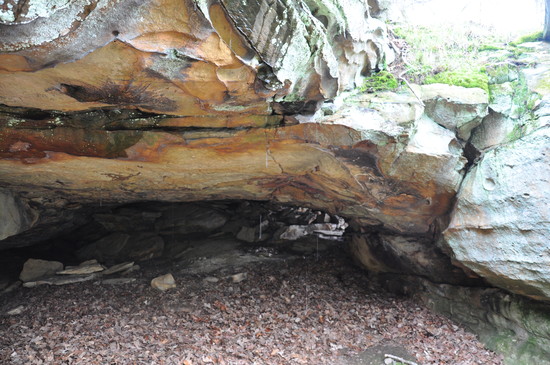 Well, "convenient" might not be the best word, since the arch's low ceiling does require some crawling to reach the other side. 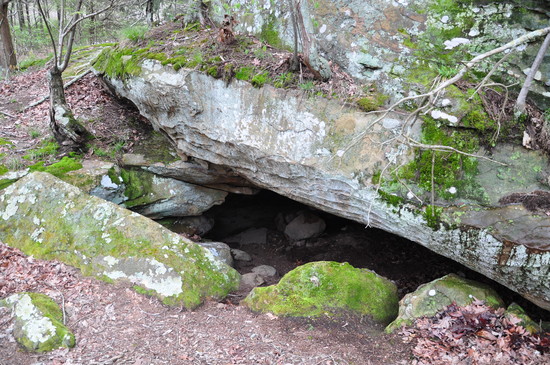 It's the best choice, though, for those of us without rappelling gear. The horseshoe-shaped canyon is surrounded by sheer walls and overhangs. 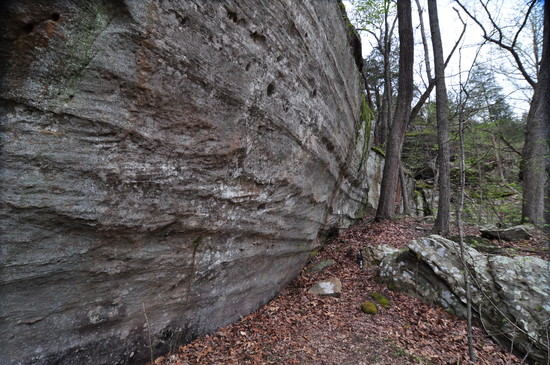 Like elsewhere in Southern Illinois, the sandstone bluffs feature curious textures made from iron deposits. 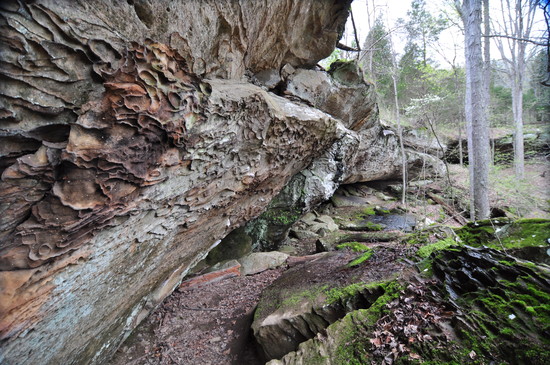 No canyon would be complete without at least one rock shelter. While not very tall, this particular shelter is deeper than it first looks. 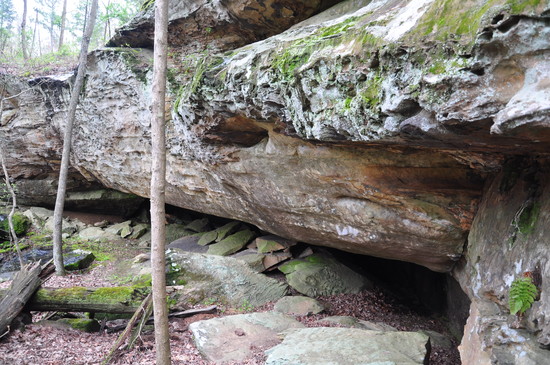 The arch and canyon are only 300 yards from the nearest road, and can be reached by following the clearing underneath a powerline. The only downside is that the right-of-way is likely to be choked with weeds and brush during the summer. 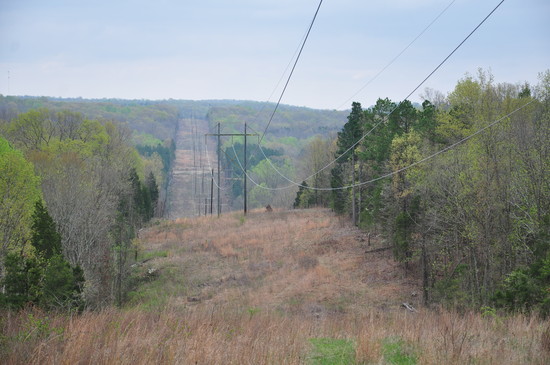 From the clearing, it's hard to see anything, but I could hear the sound of falling water to the left. I followed an unofficial trail and quickly reached a precipice overlooking the canyon. 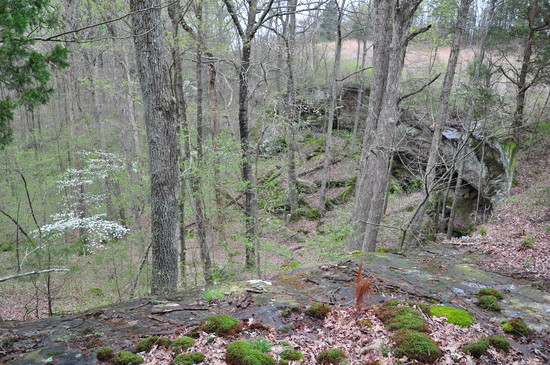 On the opposite side of the clearing, I found markers for a National Forest natural area called "Horse Cave." That's a different canyon with its own shelters and bluffs, but I'll save that for another time.

This whole area between Vienna and Tunnel Hill is filled with impressive and little-known canyons. Just be careful to avoid rock formation overload.

Drive 3.7 miles and turn right on Bowman Bottoms Road. Follow this gravel road 2.3 miles and park on the side of the road underneath a large powerline that stretches northwest to southeast. The coordinates are approx. 37.51125, -88.87969. If you start driving down a large hill, you've gone too far.

Look for the faint trail that leads southeast along the powerline clearing. After crossing a rocky glade, start hugging the clearing on the left and look for the canyon's edge just past the treeline.