Ferne Clyffe State Park in Illinois is a popular place, and for good reason. It features a variety of rock formations: shelters, bluffs, pinnacles, waterfalls, and more.

Many visitors don't realize, however, that some of the park's best scenery isn't actually located in the main part of the park. An annex on the west side, separate from the rest of the park, offers its own shelters, bluffs, pinnacles, waterfalls, and more.

But with fewer people. That's why it pays to study the park brochures and maps. You never know what you're missing when you stick to the main road.

In particular, the southwest corner of the park includes Cedar Bluff, a massive wall of standstone. 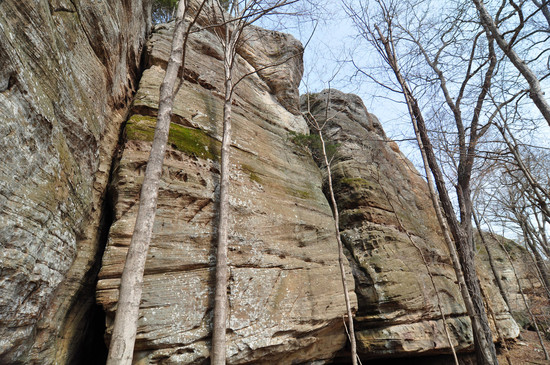 The bluffs are over 50 feet tall. With easy access from trails above and below, the walls make for quality rock climbing. 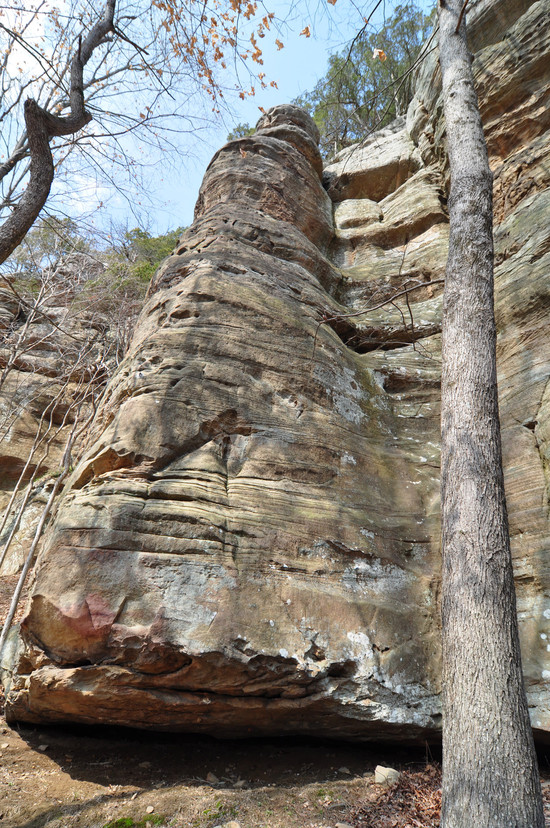 Park officials allow rock climbing within a designated section of Cedar Bluff. It's a bit unusual to see a sign that welcomes people to do something risky, as opposed to the usual parade of "Thou shall not" signs that litter most state parks. 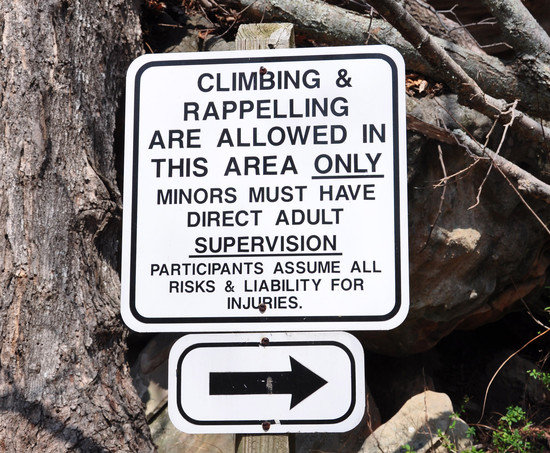 Two trails provide access to the bluff, one from below and one from above. The lower trail, intended for climbers, reaches the base of the bluff and then fans out in both directions along the bottom. 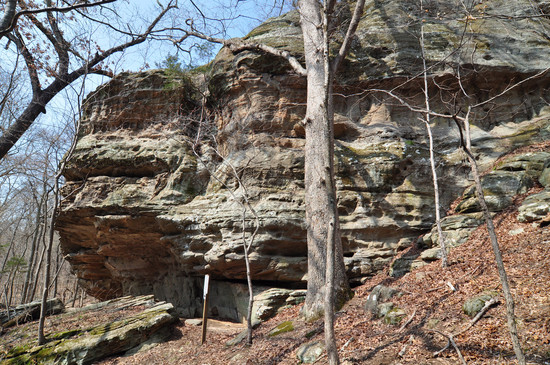 At the west end, the trail passes under a large overhang before ending at private property. 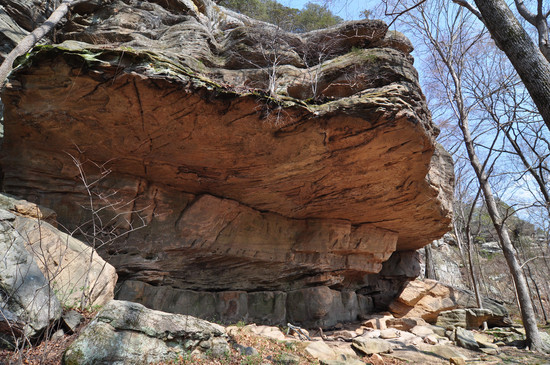 On the other end, the trail stops near a freestanding rock that has separated from the rest of the bluff and slid down the hillside. It doesn't look very large from a distance, but this is a three-story bohemoth. 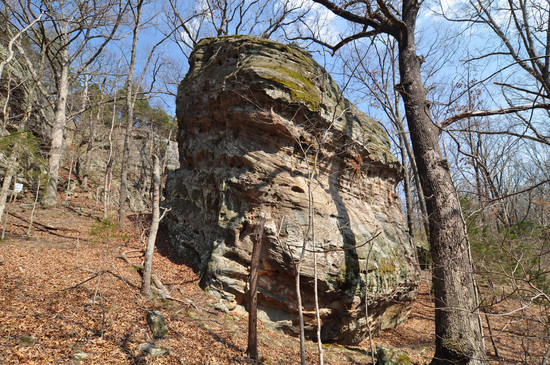 Meanwhile, a second trail, starting at a small parking area on Happy Hollow Road, leads to the top of the bluff. A break in the rocks, located near the bluff's east end, provides a way to scramble between the upper and lower trails without requiring any rock climbing skills. 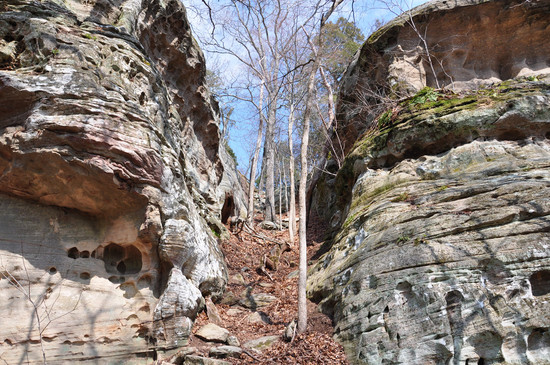 The crest of the bluff provides dramatic views to the southwest. This is the reward for climbers who reach the top. 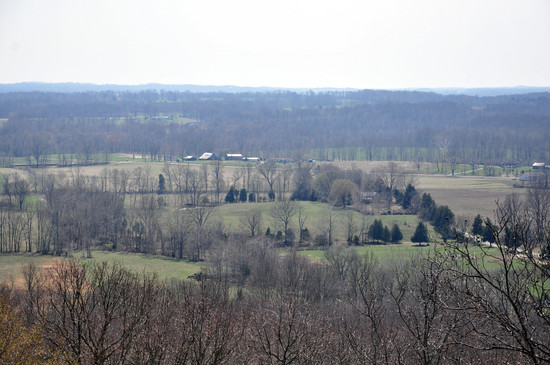 As a bonus, the top of the bluff is home to isolated pockets of cactus. 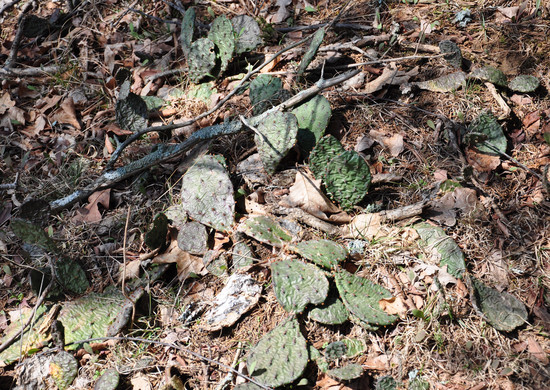 The upper trail turns to the north, eventually connecting to a spectacular waterfall called Bork's Falls. But more on that in a future blog.

From Cape Girardeau, cross the Emerson Bridge and follow Highway 146 through McClure, Ware, Jonesboro, and Anna. Continue to the I-57 interchange and turn left to follow the interstate north. Take the next exit (#36) for Lick Creek and turn right. Follow Lick Creek Road for 3 miles and then turn left on Cedar Grove Road. Follow this paved lane for one-third of a mile to Cedar Grove Church.

For the lower trail, park at the back of the Cedar Grove Church parking lot and look for the sign marking the beginning of the trail ("X"). The trail heads uphill, reaching a T-junction at the base of the bluff. Turn left to go to the west end ("Y") and right to go to the east end ("Z"). Just before reaching the east end, look for the break in the rocks allowing access to the top (watch your step, as the slope is steep and covered in leaves).