I was faced with that philosophical question while hiking the Waterfall Trail at Ferne Clyffe State Park near Goreville, Illinois. The so-called waterfall didn't have any falling water. Thanks to the recent drought conditions, it was barely even wet. 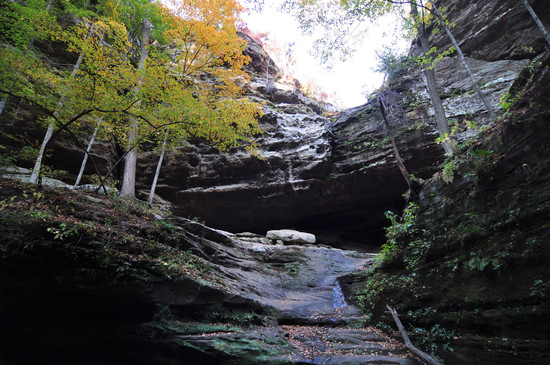 That was the bad news. The good news was that the fall colors were already spectacular. The foliage should be even better during the next couple weeks. 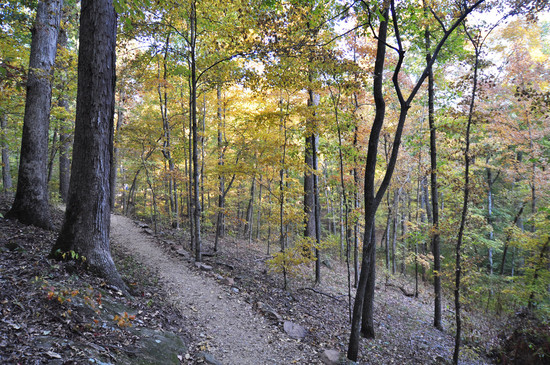 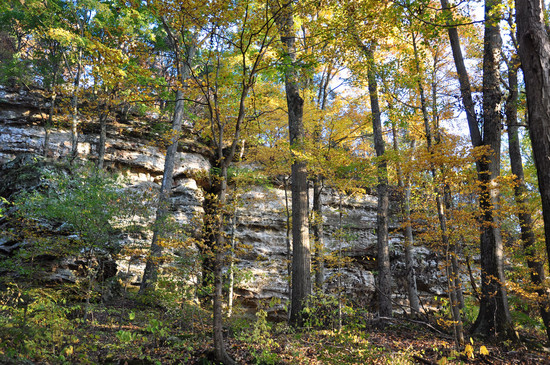 Like many areas in the Shawnee Hills, the sandstone at Ferne Clyffe has eroded into complicated formations. Sometimes the rocks are at right angles... 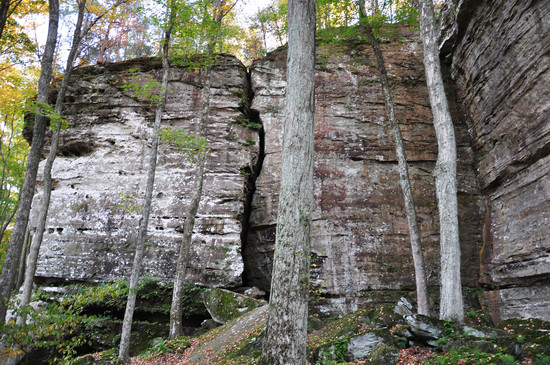 ...and sometimes they come together at crazy, tilted angles. 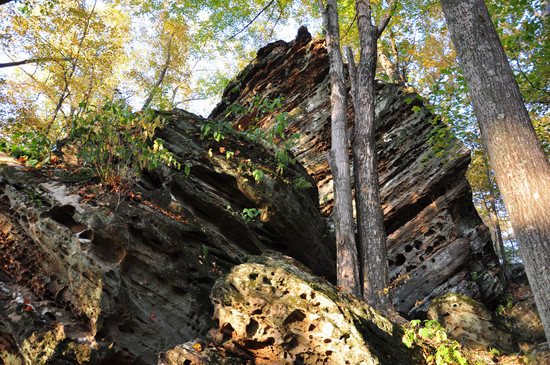 These two rocks have come together to create a "natural arch" of sorts. 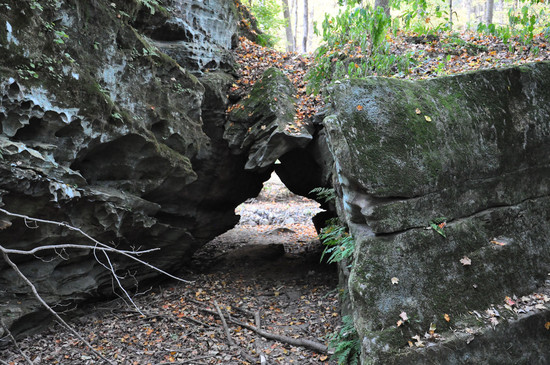 Much larger arches can be found on the Hawk's Cave Trail, located near the waterfall. The trail first passes through an impressive rock shelter. 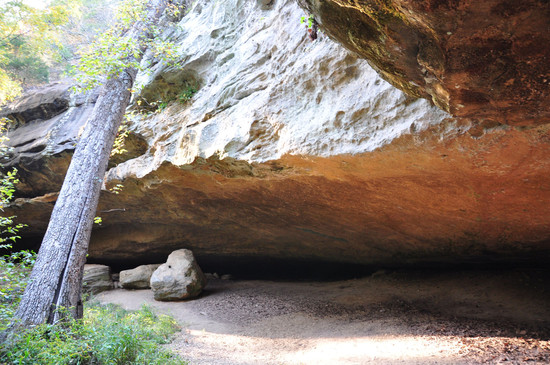 However, the shelter isn't nearly as impressive when compared with the actual Hawk's Cave located up the trail. 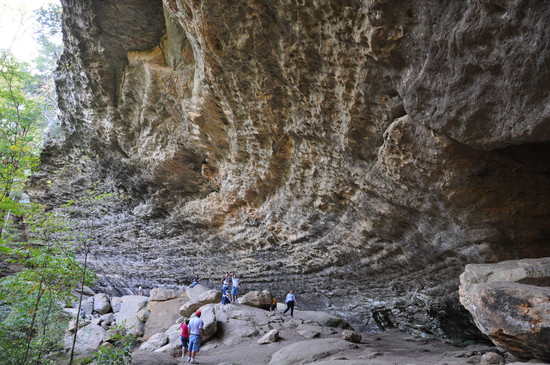 The "cave" is really a large shelter with an arched opening that towers overhead. Massive boulders are jumbled at the bottom, creating the perfect spot for playing hide-and-seek. 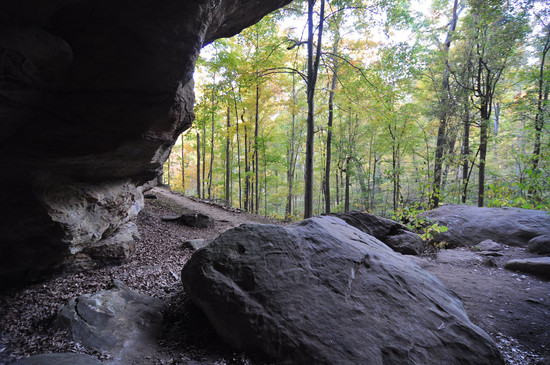 Indeed, a family was playing hide-and-seek when I visited. Well, it was more of "hide-and-hide" since the seekers weren't having much luck.

Ferne Clyffe features many other trails, but I'll have to visit them another time -- hopefully when there's water falling over the waterfalls.

From Cape Girardeau, take Highway 146 into Illinois and through McClure, Ware, Jonesboro, and Anna. A few miles after going through the chaos at Anna, turn left (north) on Interstate 57 and go 9 miles to Exit 40 for Goreville. Turn right and follow the highway into Goreville. Turn right on Highway 37 and go south 1.7 miles to the entrance for Ferne Clyffe on the right.

Once in the park, drive to the first stop sign and turn left. Just past the lake, bear right and follow this drive until it ends at a parking area and turnaround loop. Park as close to the loop as you can. The Waterfall Trail begins at the end on the loop, while the Hawk's Cave Trail begins to the left across a low-water bridge. The trailheads are well marked.