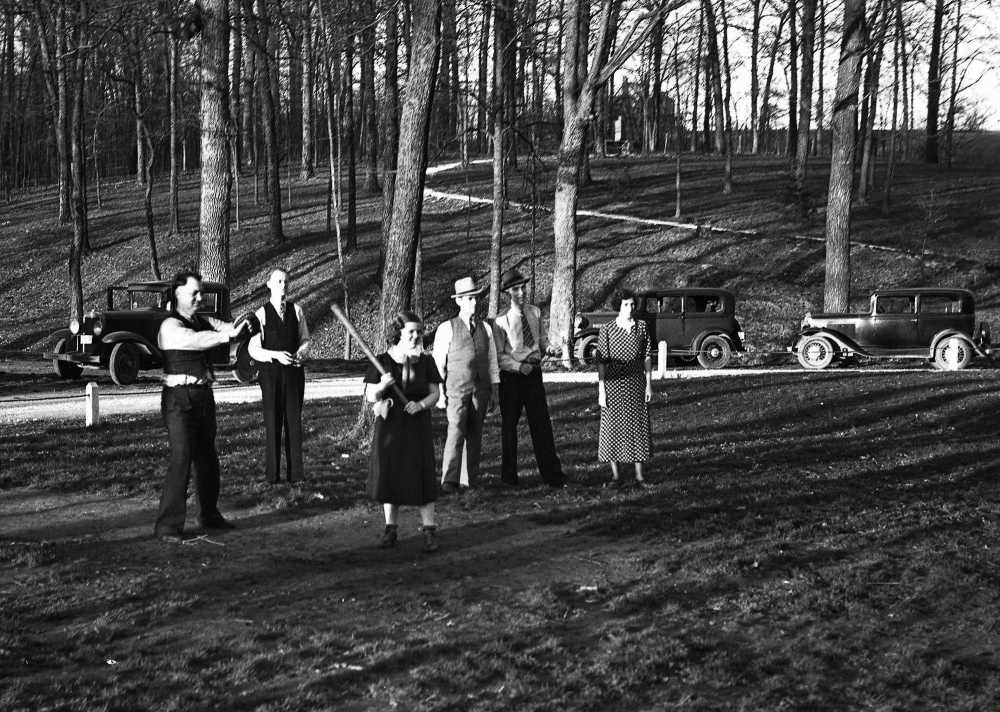 This early photograph by G.D. Fronabarger shows adults playing a ballgame at Dennis Scivally Park in Cape Girardeau. The date is unknown. Frony began taking pictures for the Southeast Missourian in the middle 1930s.

One of the features that has marked development of the Cape Rock Drive, also known as the Outer Drive, is Dennis Scivally Park. Purchased and developed by the Cape Special Road District, it quickly sprang into popularity as a place for family gatherings and picnics on warm summer evenings. Fitted up by the road district, it has ample facilities. It gets its name from the chief engineer of the road district, Dennis Scivally.

The people are standing in the area which is now a children's playground. The photo is looking to the north. The gravel lane behind them connects with the present Brookwood Drive to the left. The background is now a residential area.

Here are pictures of Dennis Scivally Park in 2010.