Bunkers and bald eagles: a visit to Crab Orchard Refuge

Crab Orchard National Wildlife Refuge covers almost 44,000 acres between Carbondale and Marion, Illinois. A large chunk of this land is restricted from public use. However, during the last two Sundays in October, the public is invited to drive through the area along a self-guided "Discovery Tour" route at no charge.

Last Sunday afternoon, a large crowd descended on Crab Orchard to enjoy the tour, and this will likely continue during the second tour date this Sunday (Oct. 28, 2018).

The tour begins at the causeway across Crab Orchard Lake on Wolf Creek Road. Volunteers hand out brochures explaining the stops along the route. 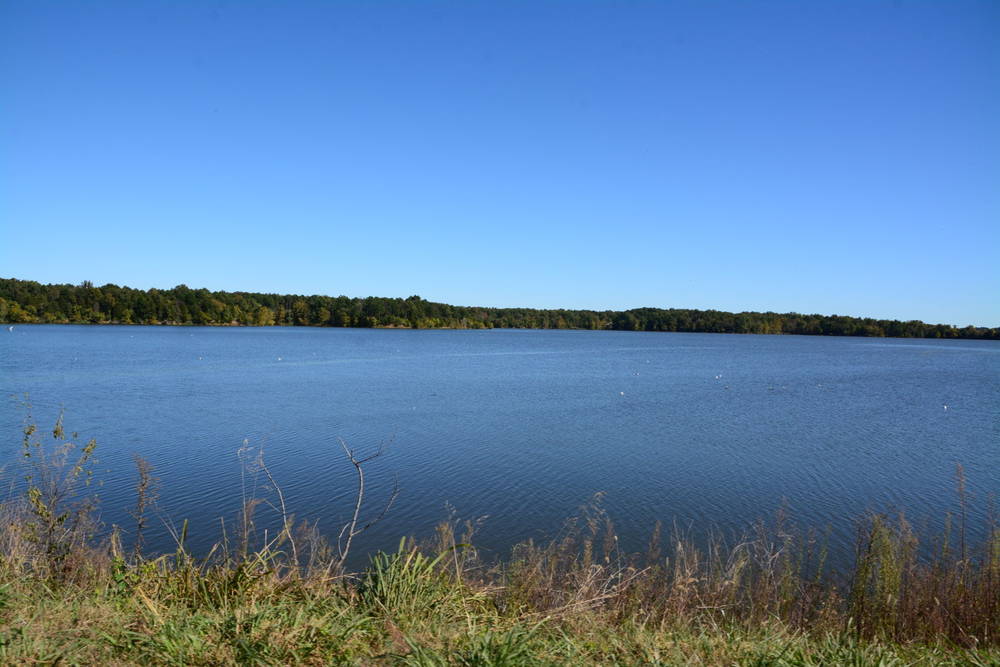 Past the causeway, the road leads to a wildlife viewing platform on a hill overlooking the lake in the distance. 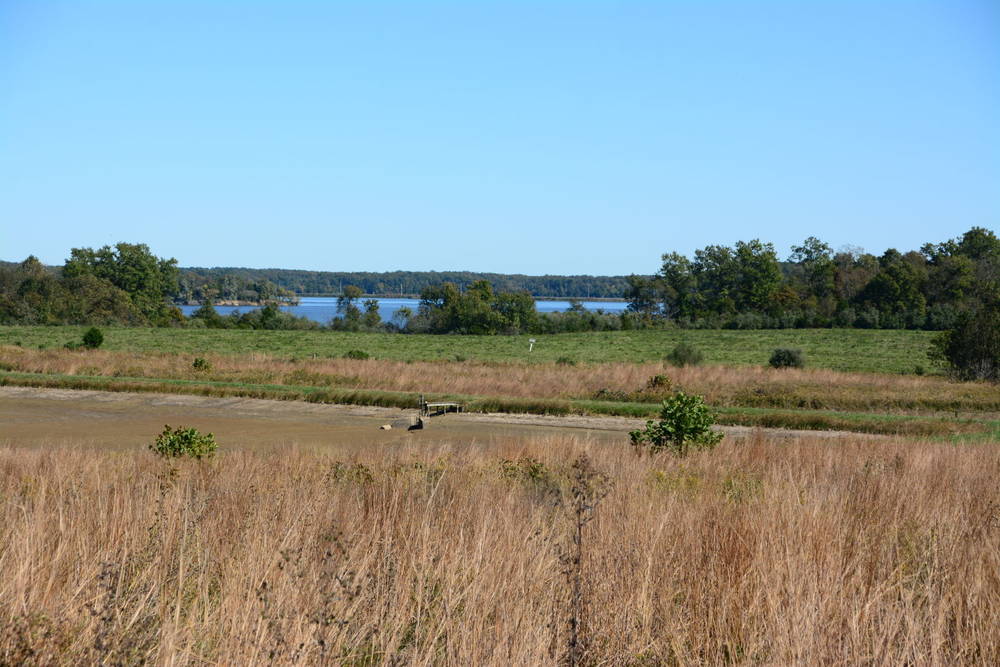 Sure enough, there was wildlife to be seen: bald eagles approached and circled overhead. 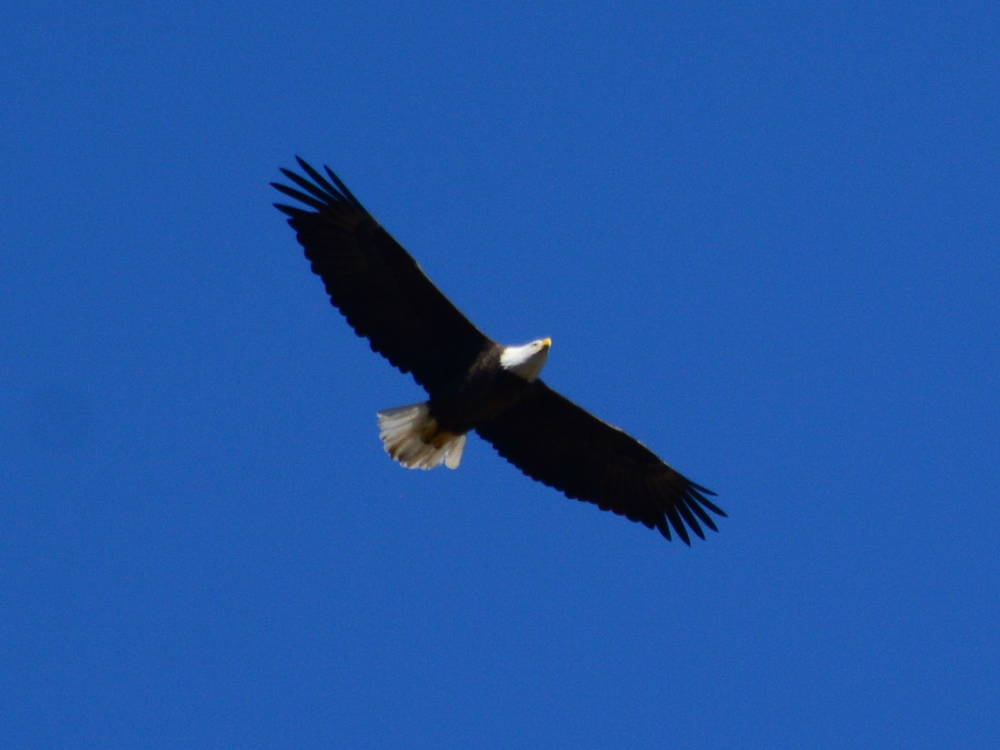 Turning westward, the tour route passes cattle grazing land and then reaches the turnoff for Hampton Cemetery, one of 38 known burial sites within the refuge.

According to the brochure, several Civil War veterans are buried at this cemetery. "The most infamous person buried here," the brochure states, "is Marshall T. Crain, who was executed for committing three murders during the 'Bloody Vendetta' in Williamson County." 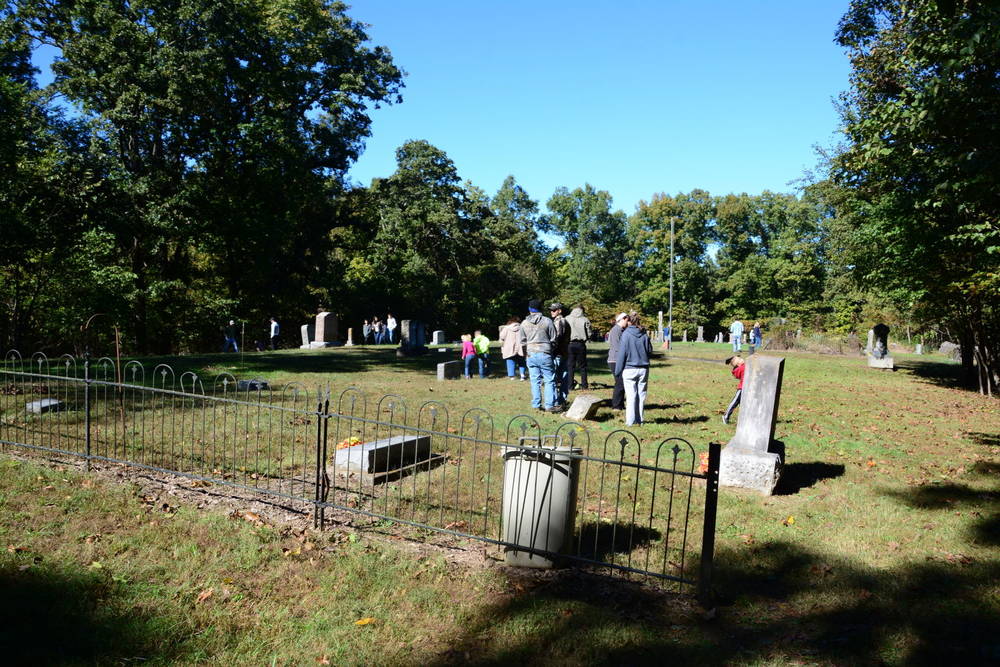 Like many old cemeteries, Hampton is filled with different styles of grave markers. The most primitive -- and saddest -- is a row of hand-made headstones at the back of the cemetery. 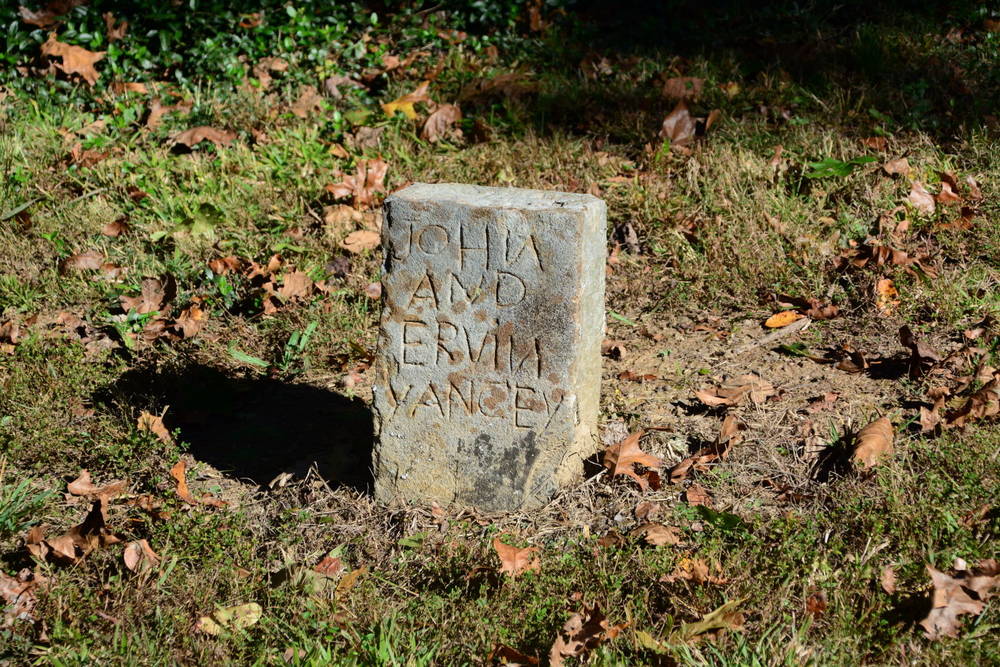 The cemetery, usually not accessible to the public, was a popular stop along the tour, and a traffic jam choked the access lane. Past the cemetery, the tour heads due south along the old Carterville Road. The brochure, as is customary for Illinois, gives an obligatory "Lincoln Was Here" statement. It's believed Abraham Lincoln traveled this road to reach Jonesboro for a debate against Stephen Douglas in 1858. 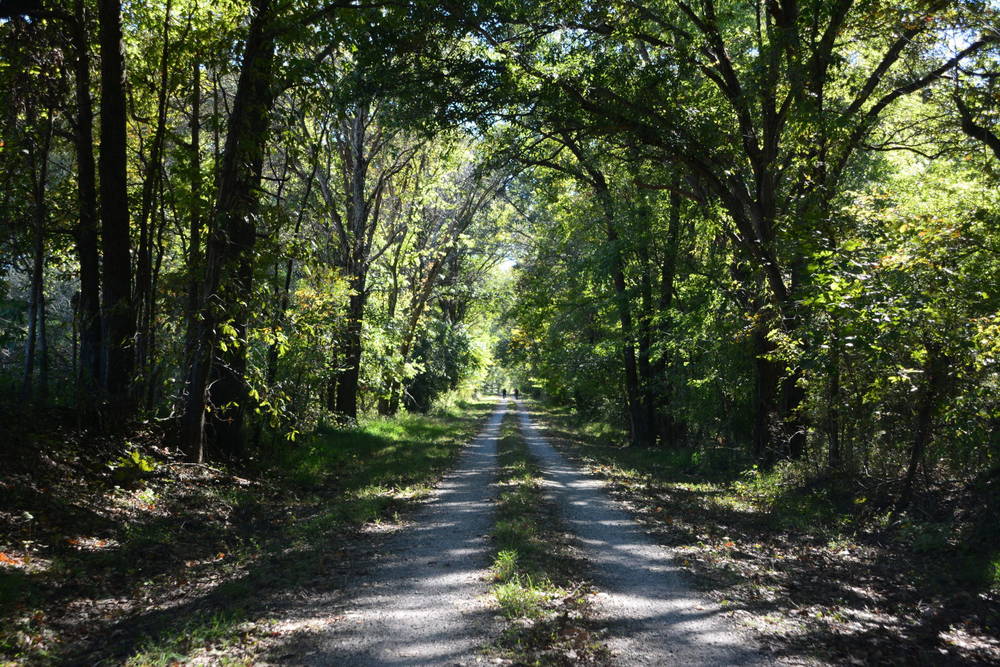 Turning east away from the historic road, the tour route comes to a champion tree. With a height of 90 feet, this tree is listed as the largest swamp white oak in Illinois. 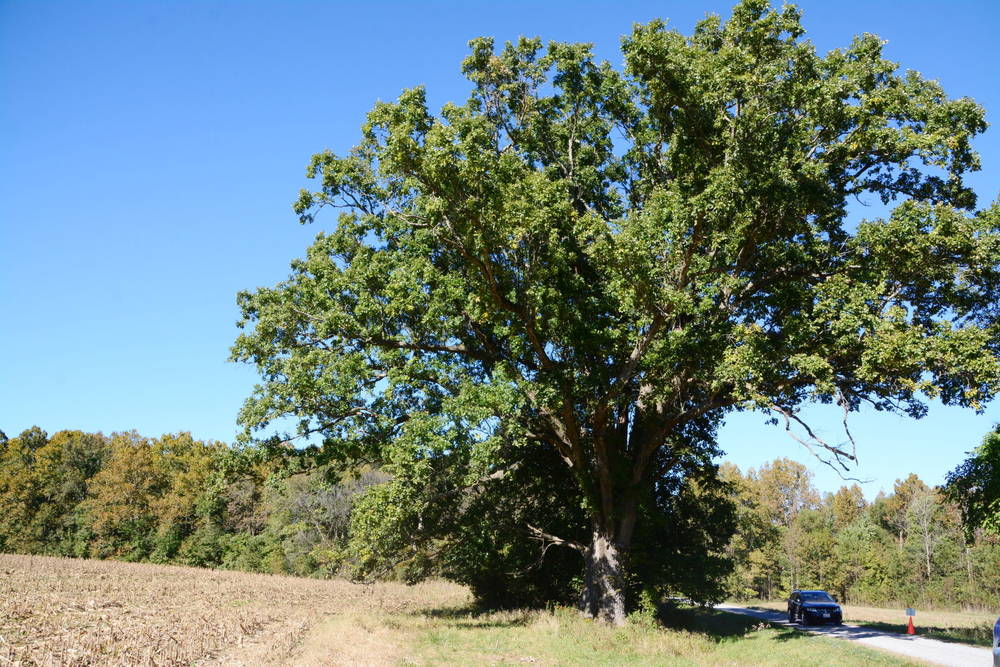 After a leisurely drive through deep woods and open fields, the tour crosses Highway 148 and enters the part of the restricted area that everybody wants to see: Area 13. This the home of a large collection of tree-topped ammunition bunkers. 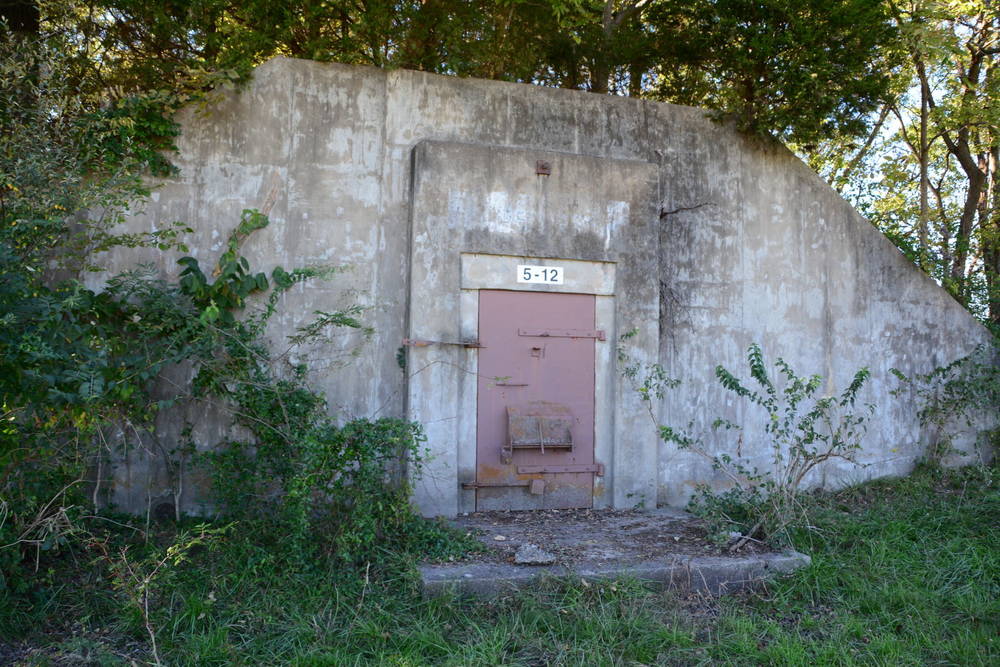 These bunkers are a legacy of World War II. Crab Orchard Lake was built as a Depression-era relief project, but then during the build-up to the war, additional land was acquired to establish "Ordill", or the Illinois Ordnance Plant. This facility, employing 10,000 workers during the peak of the war effort, cranked out prodigious quantities of ammunition. 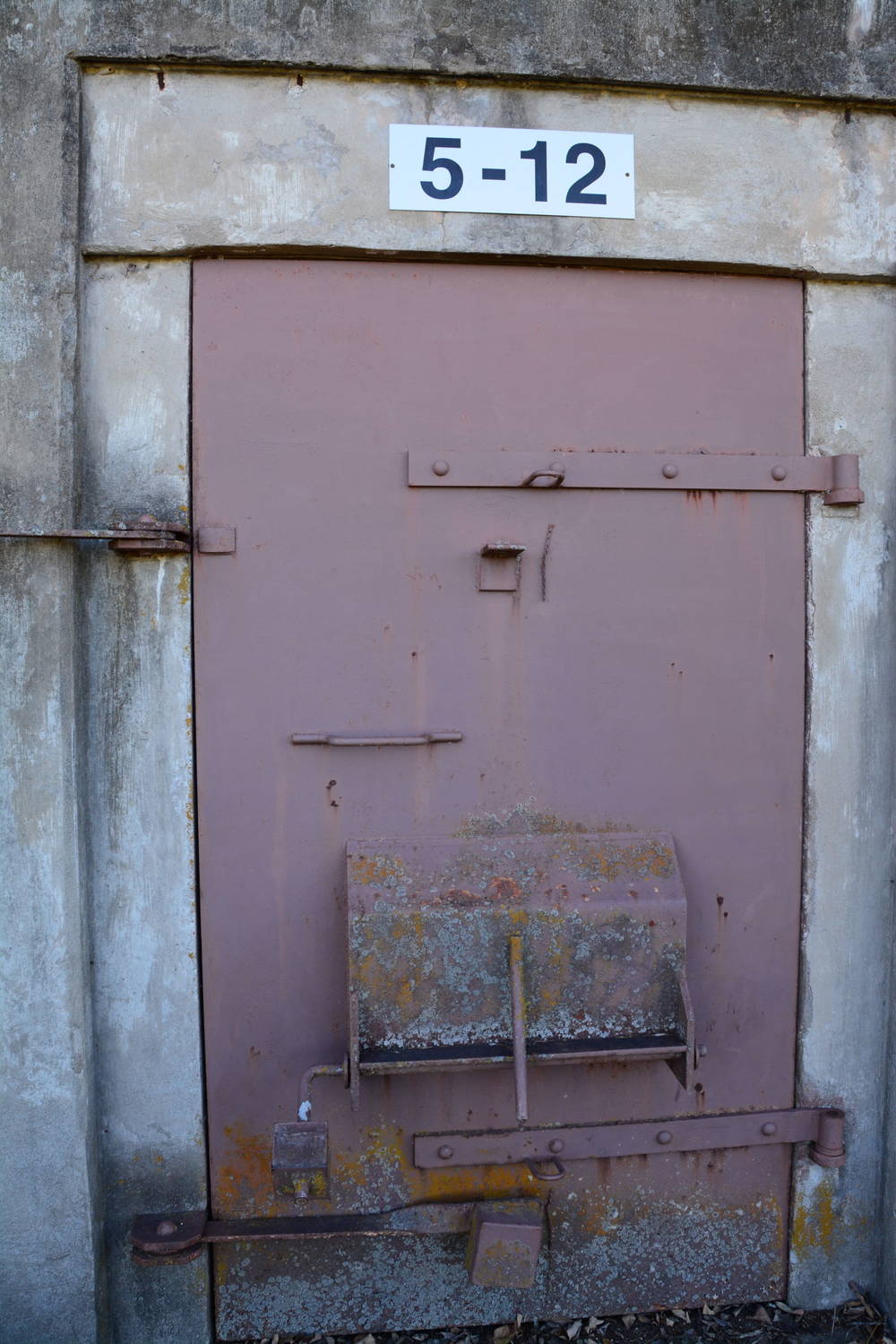 Some of the ordnance was stored in concrete bunkers for safety while waiting for transport. These structures were spaced out on a geomatric pattern so that if one bunker exploded, it would be too far away from surrounding bunkers to cause a chain reaction. Today, the bunkers are scattered across a cow pasture, and many are leased to private businesses for storage. 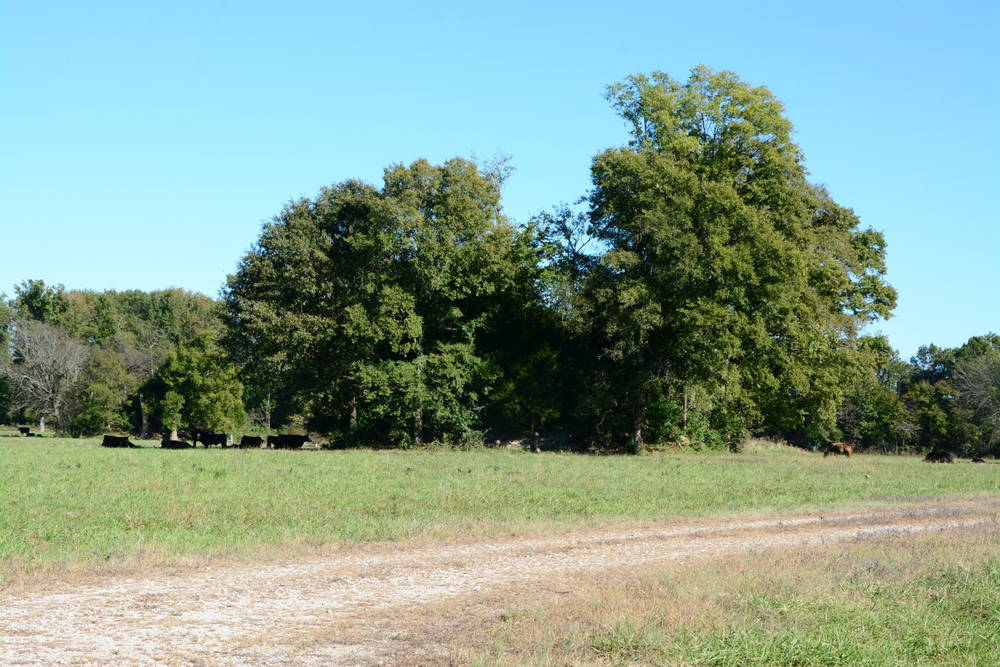 Running through Area 13 is another historic structure, one that predates the war effort: the Chamnesstown Road. This concrete "sidewalk highway" was built during the 1920s to connect to the village of Chamnesstown, one of many places wiped off the map when the federal government took over the land. 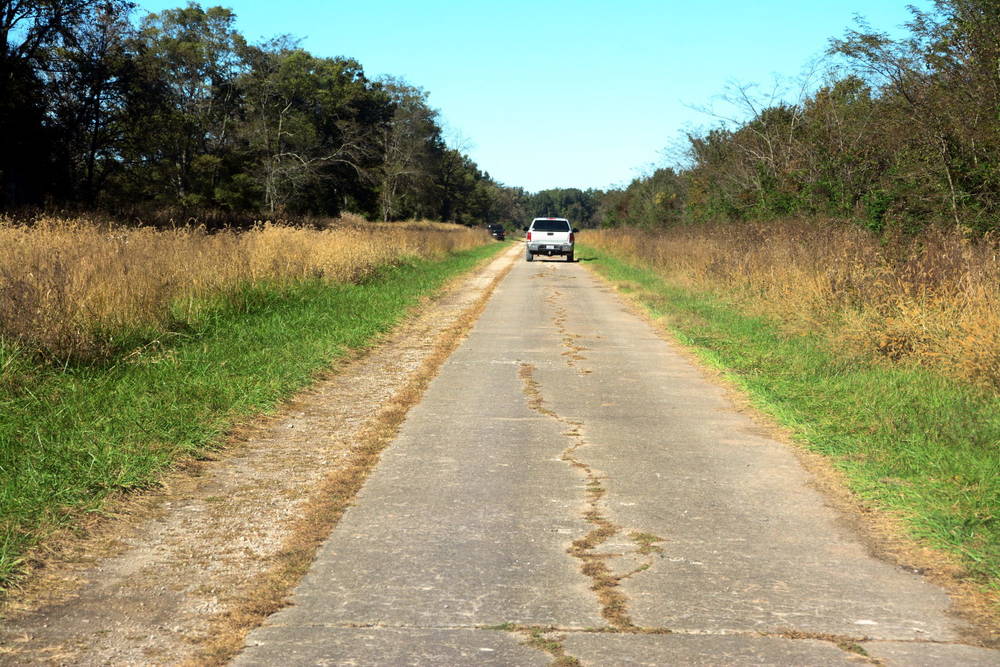 Although only one lane wide, this ribbon of concrete must have been a sight to behold for early motorists accustomed to muddy quagmire roads. Of course, the narrow, cracking road seems downright ancient now. 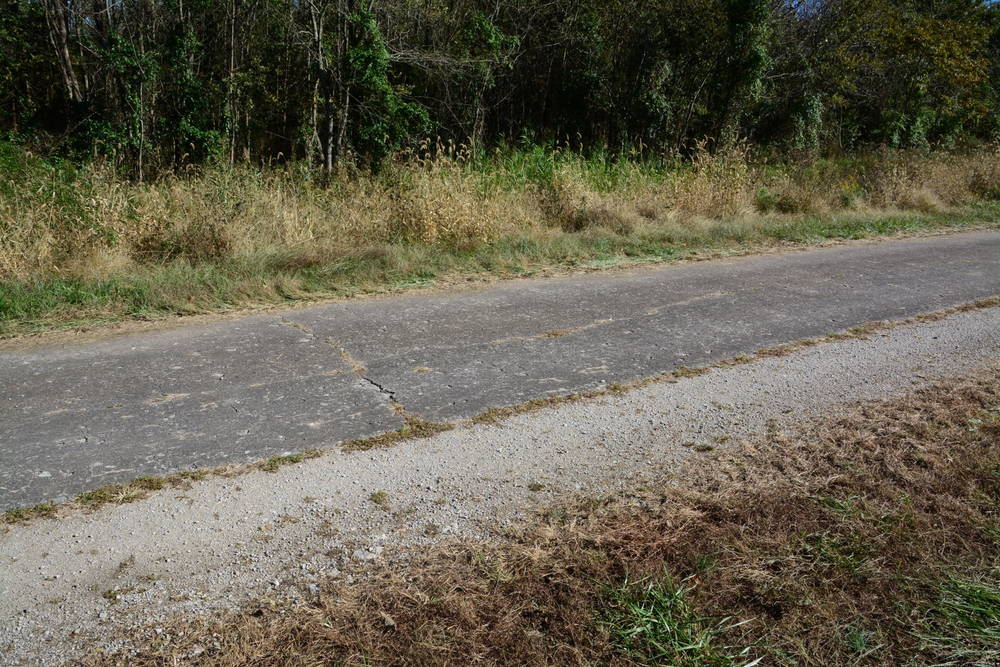 Driving past the bunkers, the tour ends just outside of Marion. Overall the event is a fun chance to see historic landmarks that are usually off limits.

Drive to Carbondale using your preferred route (such as taking Highway 146 from Cape Girardeau to Anna, and then north on US 51).

At Carbondale, take Highway 13 east. Continue to the exit for Wolf Creek Road between Carbondale and Marion. Take the offramp, and then turn right. Follow Wolf Creek Road south to the causeway and look for the volunteers handing out brochures.