What timing: Today is the 85th anniversary of the debut of the Clydesdales 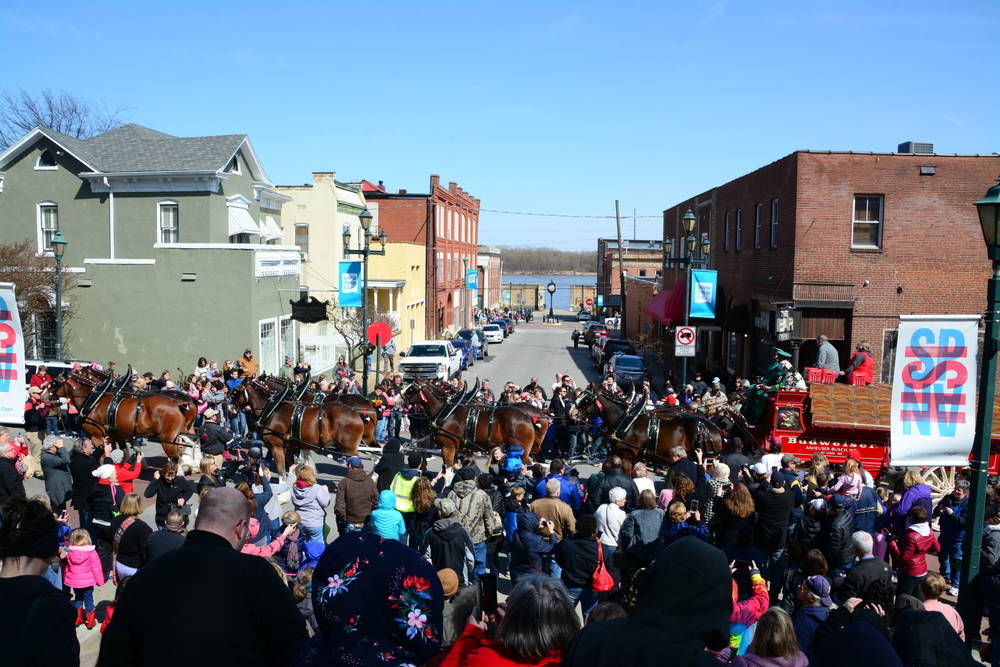 Cape Girardeau has been enjoying the visit by the Budweiser Clydesdales, especially Saturday's mini-parade around downtown. What most people probably don't realize is that this date, April 7, marks the 85th anniversary of the first legal beer sales following Prohibition -- and the debut of the Clydesdales, one of the most successful marketing icons ever. 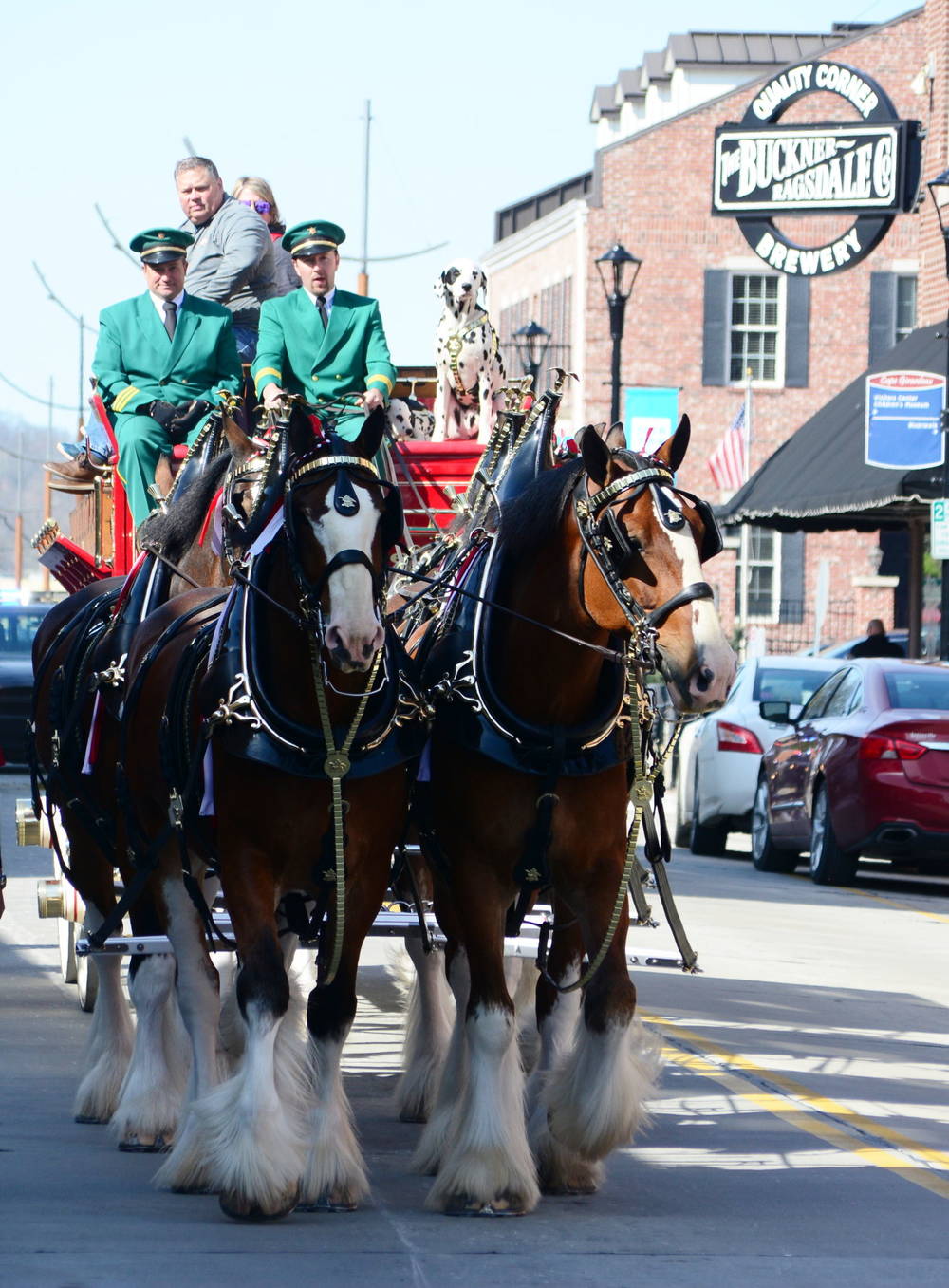 Following the November 1932 election, it was clear that popular opinion had turned against outlawing alcohol sales, but it would take time before a constitutional amendment repealing Prohibition could be ratified. That didn't happen until Dec. 5, 1933. In the meantime, the law was softened to allow beer with 3.2% alcohol content under the argument that this kind of beer wasn't an "intoxicant."

Starting at midnight on April 7, 1933, it was legal to sell beer again in Missouri, even if it was only 3.2% beer. The Anti-saloon League of Missouri tried to obtain a temporary injunction against allowing alcohol sales, but they were rebuffed.

According to a Post-Dispatch retrospective, over 25,000 thirsty people descended on the Anheuser-Busch brewery during the evening of April 6 waiting for the clock to strike midnight (another 10,000 congregated at the Falstaff brewery).

To celebrate this major step toward ending Prohibition, Anheuser-Busch introduced a pair of six-horse teams of Clydesdales to make symbolic deliveries on April 7. 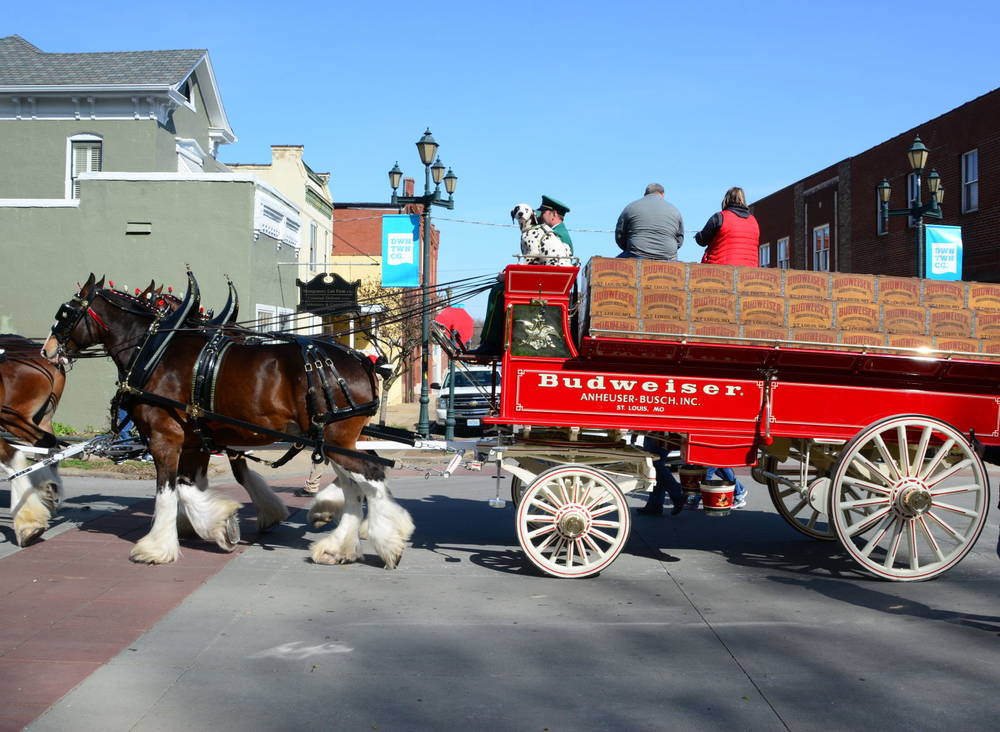 As explained by the A-B website, one wagon departed from the St. Louis brewery, a surprise gift for August A. Busch, Sr., from his sons. The second hitch was stationed in New York City and made a delivery to the Empire State Building for Alfred E. Smith, a leading proponent for ending Prohibition. 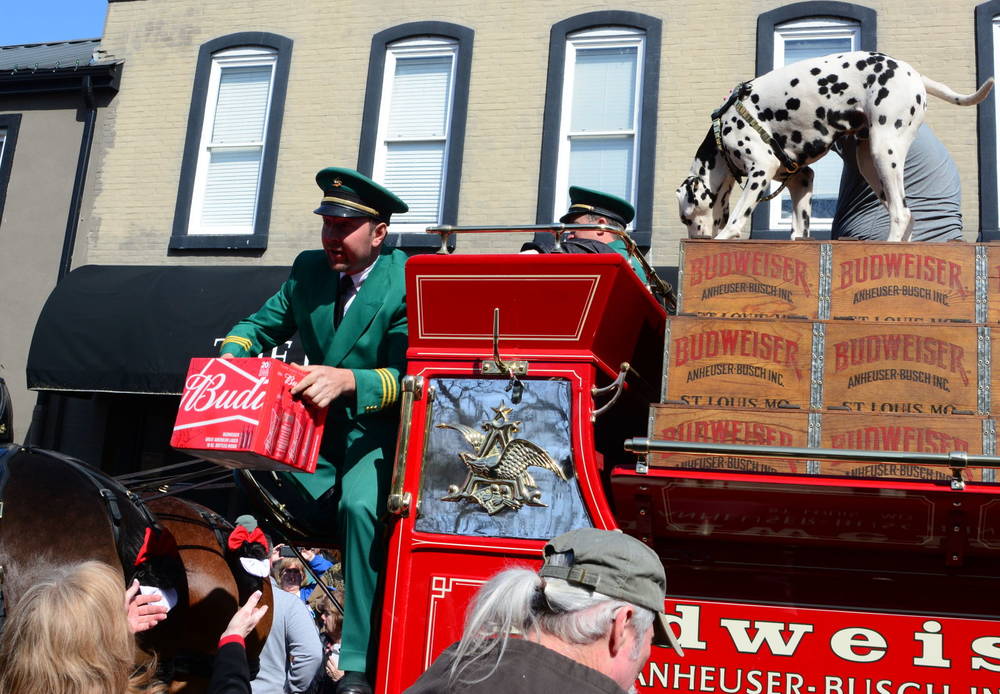 The Clydesdales were a smash hit, and the two hitches embarked on multi-state tours. One team made a famous delivery to President Roosevelt in Washington (although Roosevelt had already been sent a shipment of beer by air from Lambert Field on April 7).

Before long the hitches were increased to eight horses each, and then the Dalmatians were added in 1950. Today the company operates three hitches spending most of their time on the road. 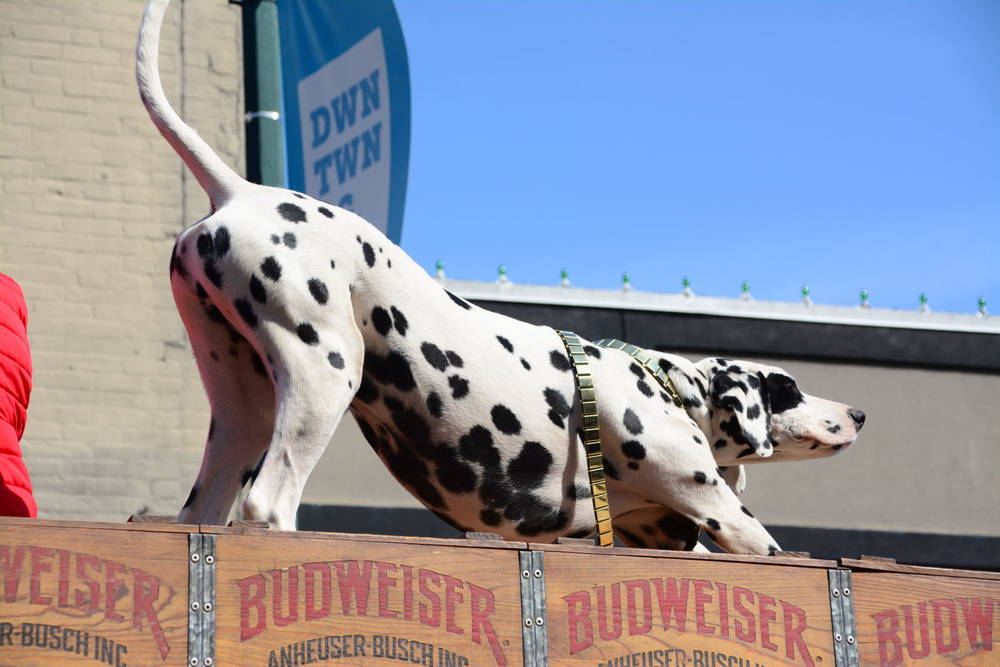 As one writer pointed out, "In an era before viral marketing, the Clydesdales were one of the first out-of-the-box advertising sensations, as they traveled across country to deliver beer in custom-made, turn-of-the-century beer wagons."

How many companies can boast of an marketing campaign that has endured for 85 years, and is more popular than ever? 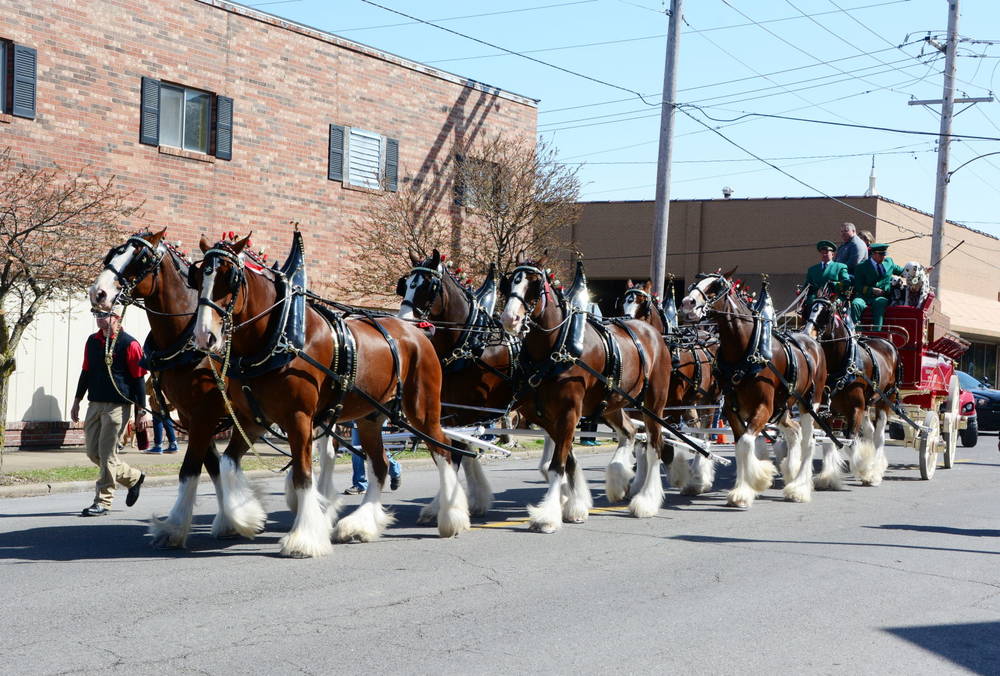 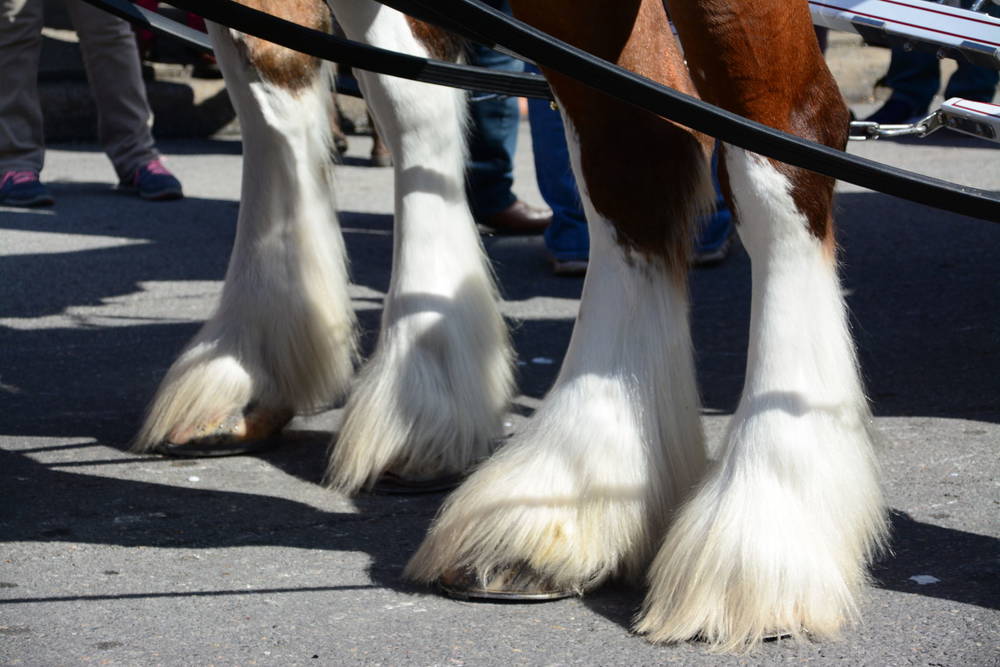 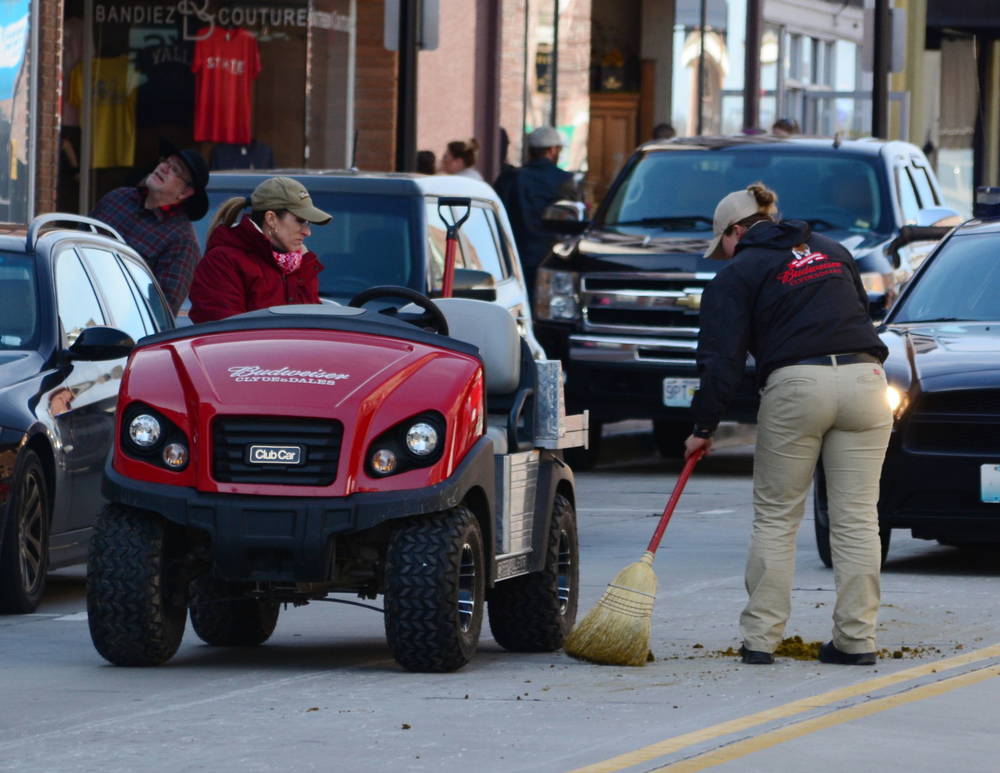