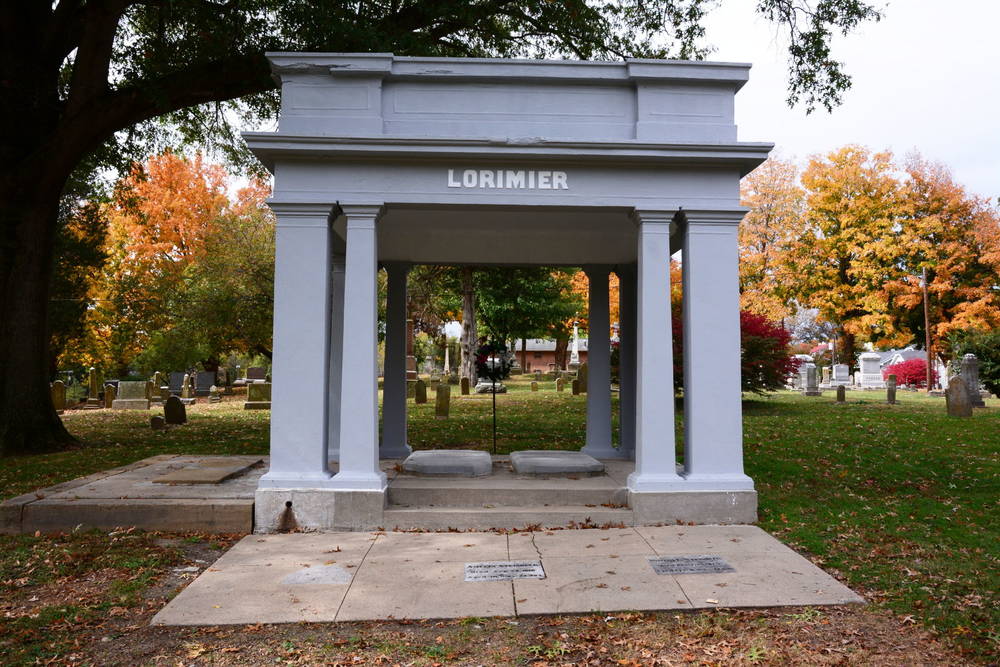 The concrete pagoda at Old Lorimier Cemetery was dedicated a century ago on Aug. 5, 1917. The ladies of the Cemetery Association raised money to build the protective structure above the graves of town founder Louis Lorimier and his wife Charlotte.

Featuring a keynote address by historian Louis Houck, the dedication ceremony was described by the Daily Republican newspaper as a "solemn occasion, beautiful in its simplicity, sublime in its meaning and patriotic in its consummation."

Since then, the pagoda has been a maintenance headache. By 1940, deterioration of the concrete led the Southeast Missourian to state, "...unless something is done soon the shrine will be a shambles."

In 1952, at the 150th anniversary of Louis Lorimier's death, the pagoda was repaired and new tomb markers were installed. More recently, in 2015, the city completed another round of repairs on the structure.

The pagoda itself hasn't changed much over the years, but the elm tree that towered above Lorimier's grave is gone. Last winter, the tree was chopped down after it succumbed to old age. Now the landscape of the cemetery looks much different. 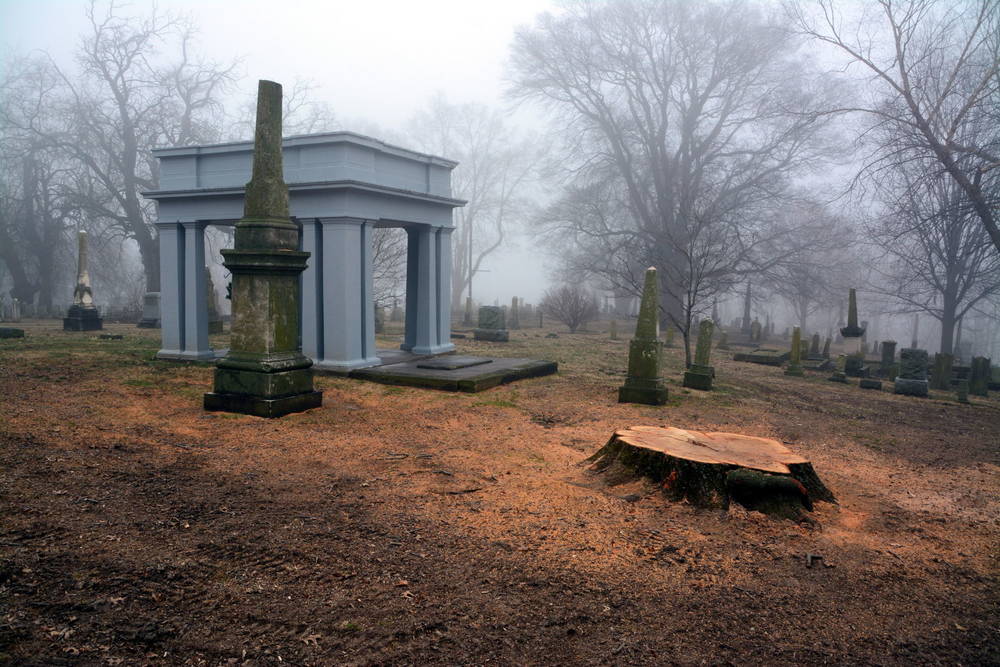 This tree was known as the "Lorimier Elm Tree." It was recognized as one of Missouri's historic trees in a 1941 program given in St. Louis. The Missouri Botanical Garden published the full text of the program in their Sept. 1941 newsletter, including a photo of the pagoda and tree: 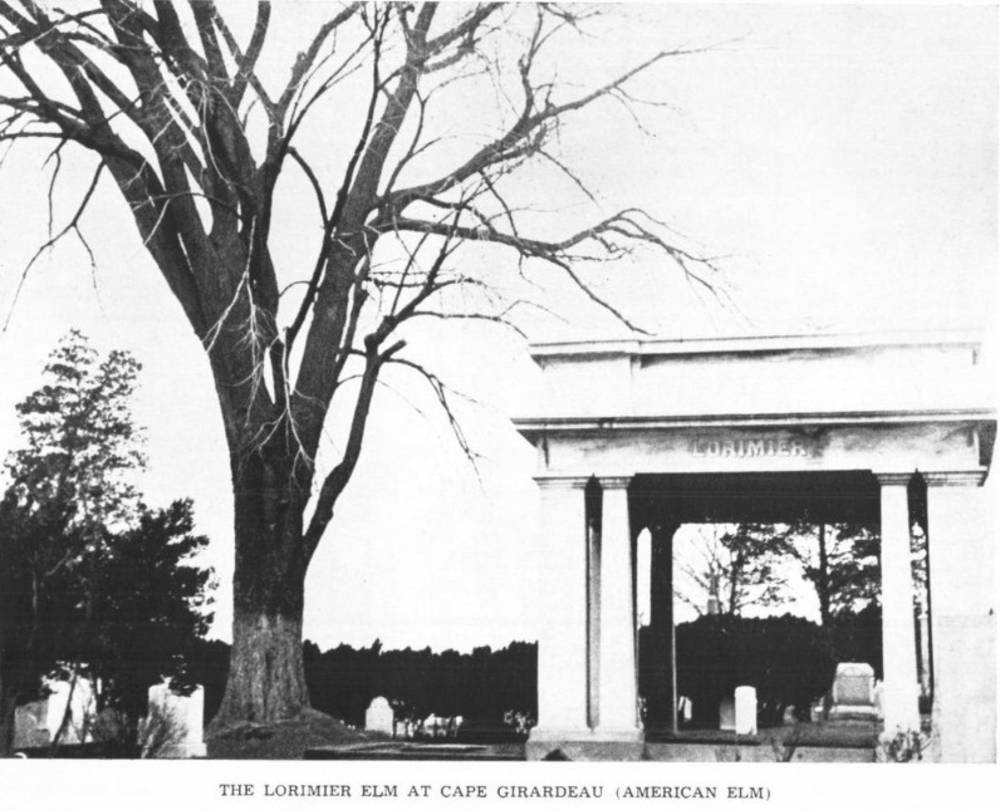 In Cape Girardeau, in the old family cemetery of Don Louis Lorimier, Spanish commandant of the military trading post in that town, there is a tomb erected about 1820 over the grave of Don Louis by the executors of his estate. The people of Cape Girardeau at a later date built a pagoda over this tomb in memory of the man who, during the Spanish regime, was of so much use in controlling and keeping friendly the Shawnee and Delaware Indians who resided north of the post.

A large American elm, six feet in diameter, grows at Lorimier's grave. Its roots have raised the ground at the base of the tree so as practically cover a stone by its side. 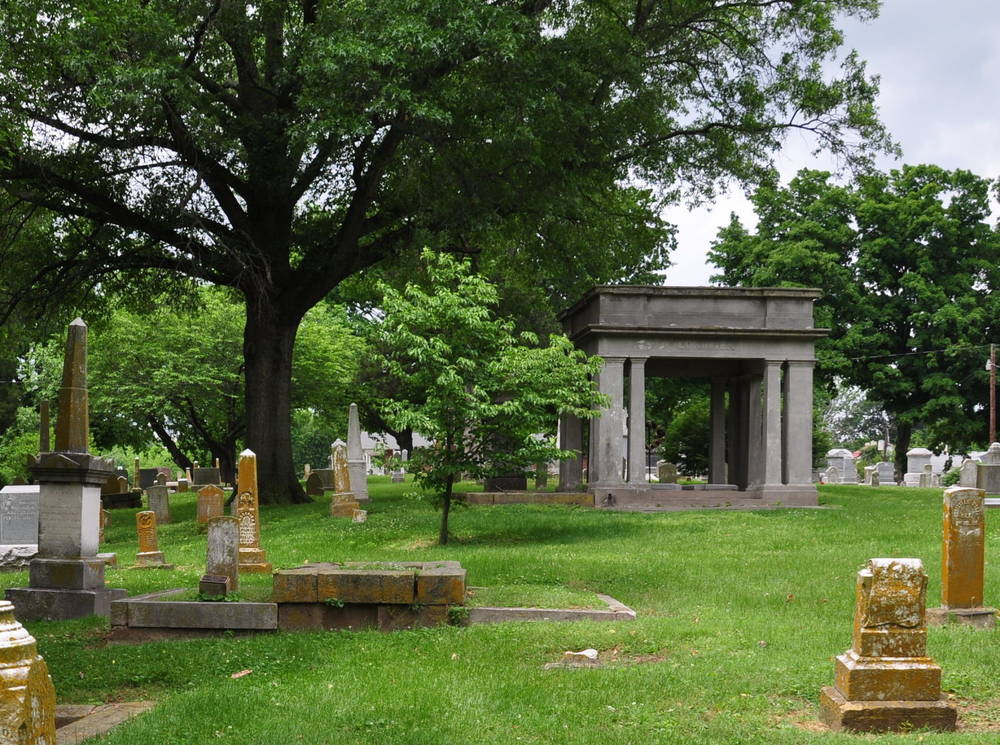 In 1956, when Cape Girardeau was celebrating the 150th anniversary of the town's founding, the Southeast Missourian published a special section with a story on the life of Louis Lorimier. The elm tree was mentioned in this story as well:

This landmark tree is now just a stump, but the pagoda -- and the memory of Cape Girardeau's enigmatic founder -- should remain for many years. 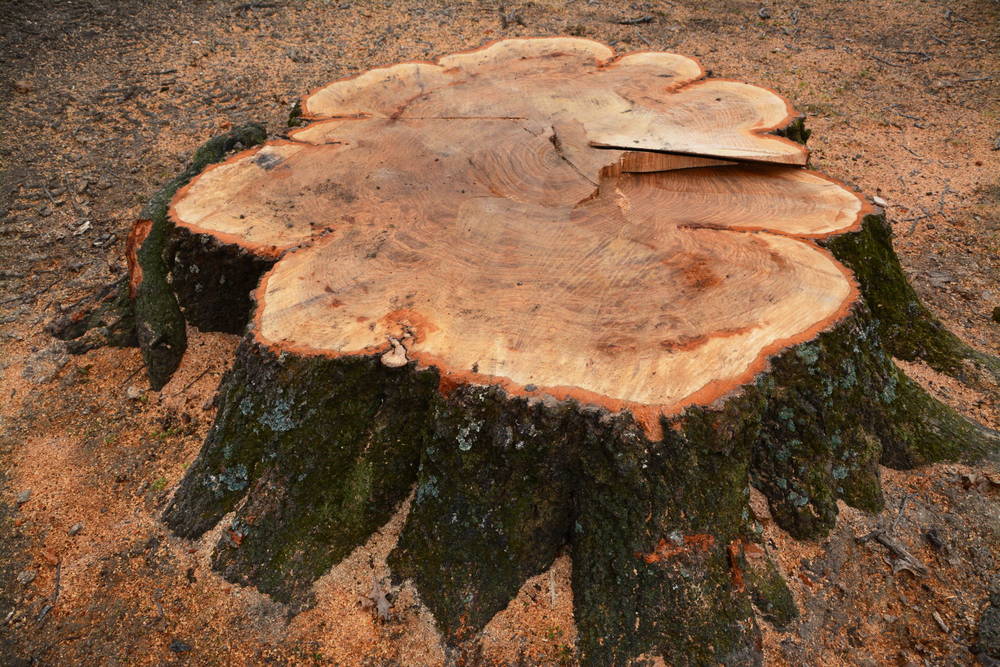