The surprise on Westview Road 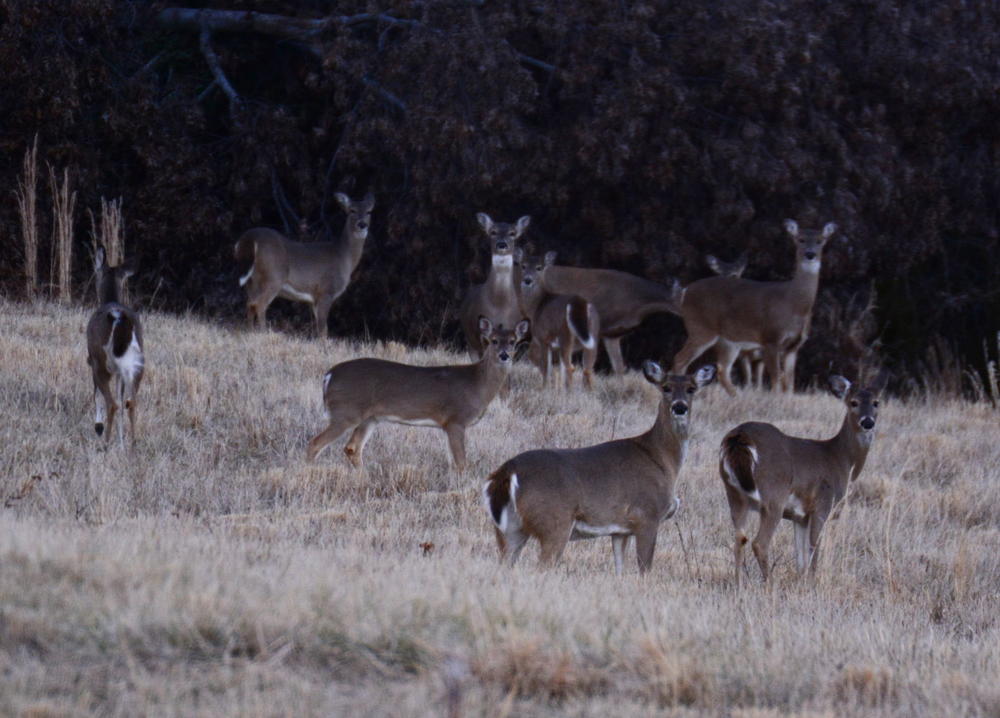 When driving back from Southern Illinois late in the day, it's fun to take a detour through the Union County Wildlife Refuge to look for deer. It can be hit or miss, though, as the fields along the road may contain abundant deer… or squat.

I've found another scenic drive with even better deer viewing: Westview Road in Massac County. Although located farther from Cape Girardeau, this country lane southeast of Vienna offers the chance to see exceptionally large herds of deer around twilight. 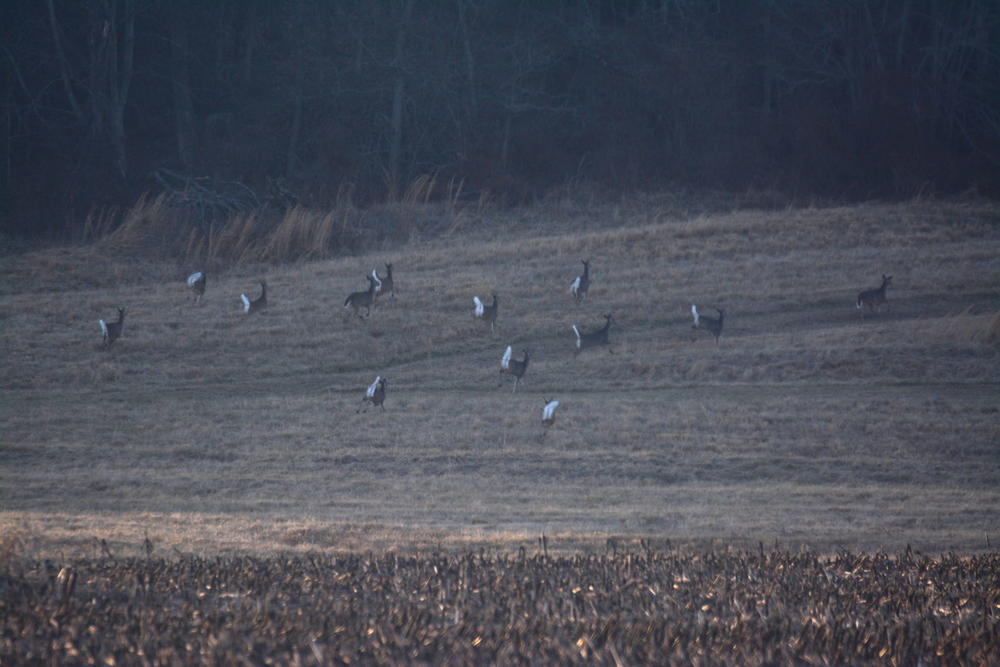 Running west to east between US Highway 45 and New Columbia Road, this paved road straddles wooded hillsides to the north and large open fields to the south. 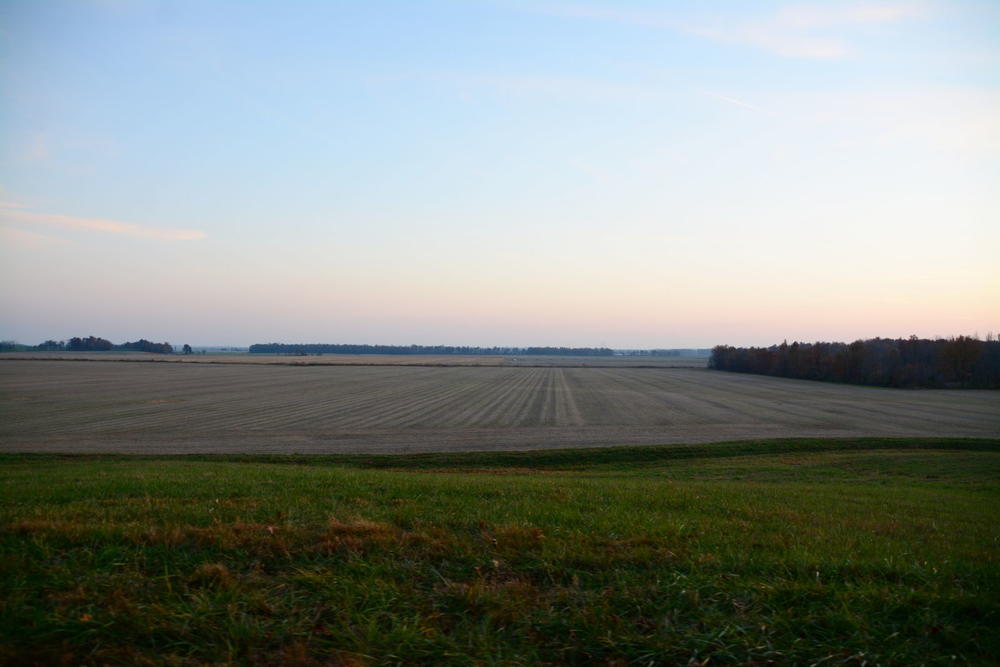 Just to the west lies the deep woods of the Cache River State Natural Area. Altogether, this makes for a perfect deer habitat. 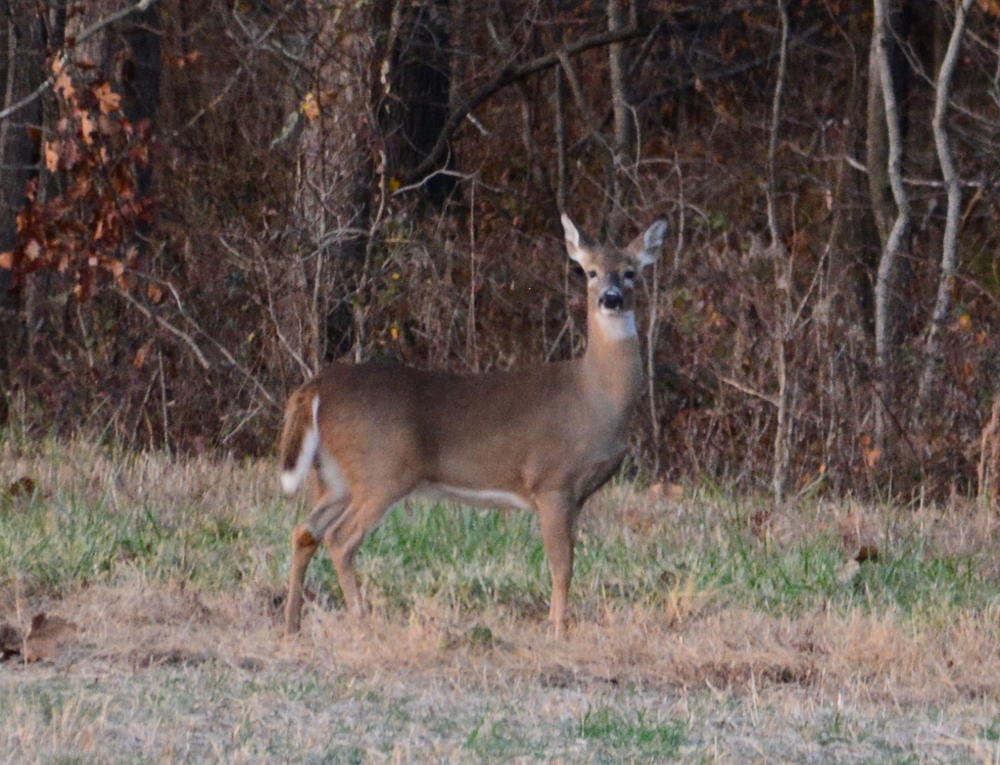 I first stumbled across the road last year when randomly exploring the area around Vienna. Arriving just before sunset, I didn't get very far before I had to stop to make way for a parade of deer bounding across the pavement, one at a time. 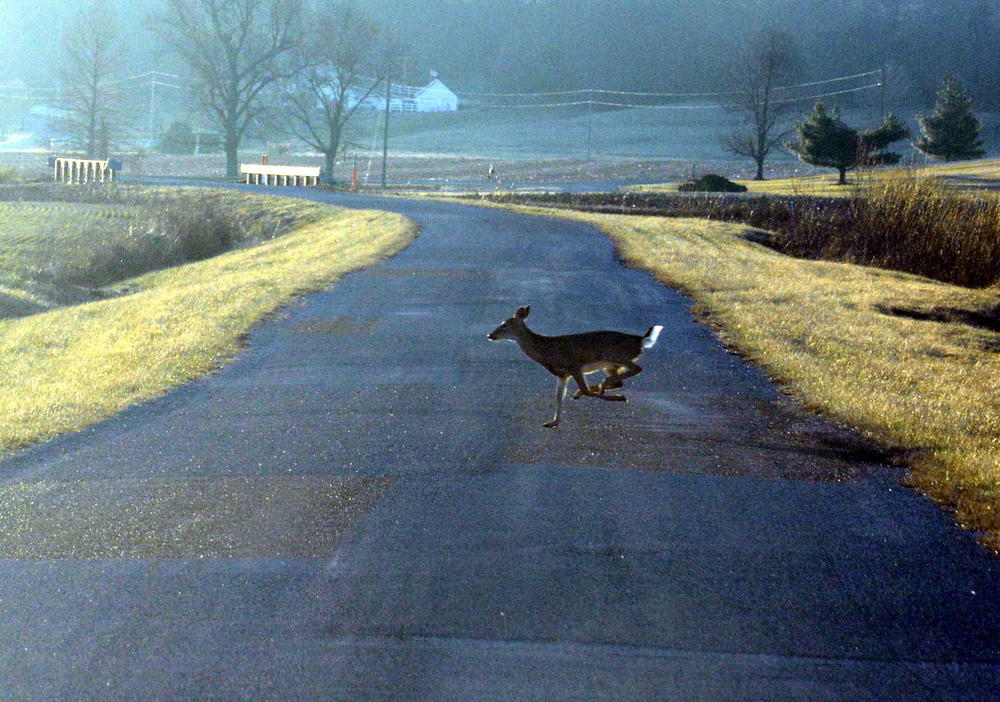 For the next two miles, I lost track of the number of whitetails that were visible along both sides of the road. Unfortunately, I didn't really have the right camera gear with me, but I captured what I could. 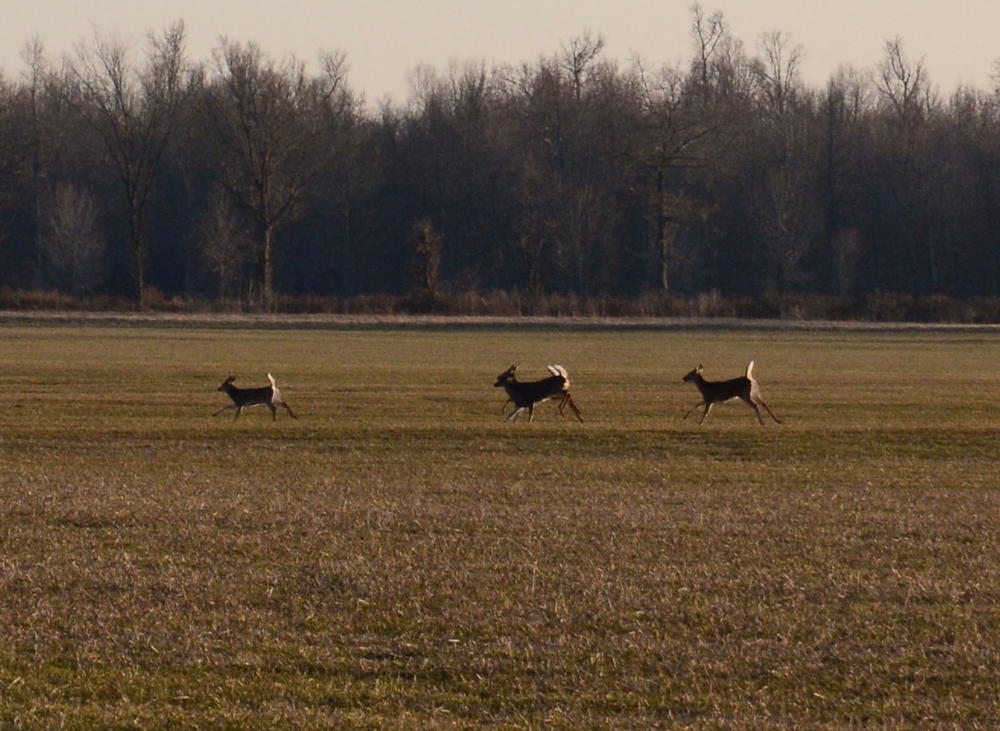 The largest herd featured multiple bucks, although all but two jumped into the woods before I could get a clear camera shot. 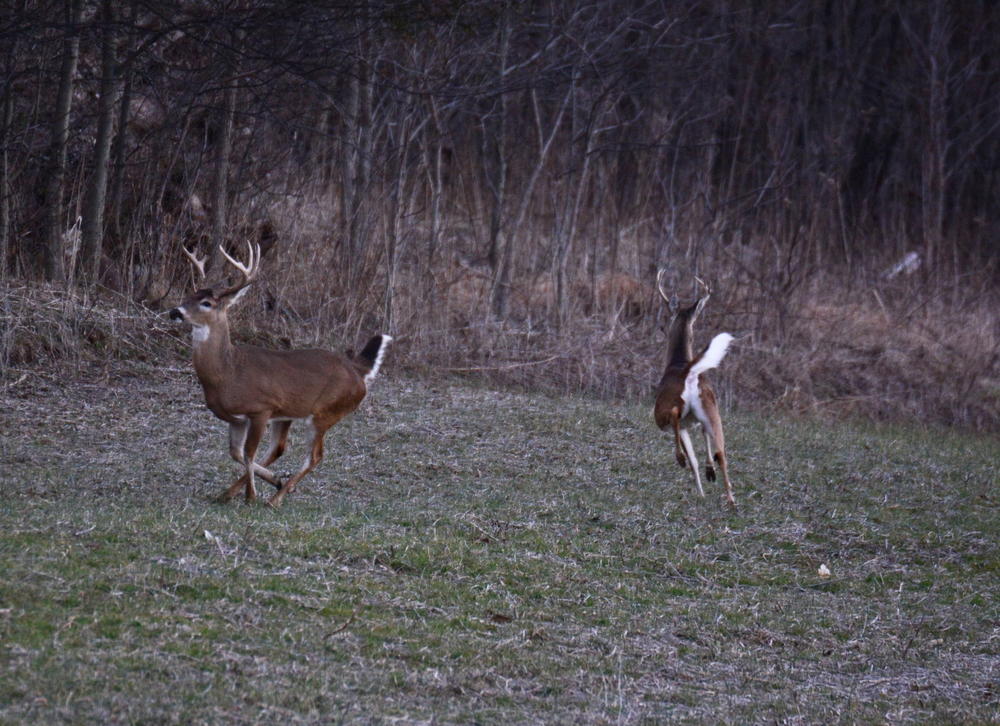 It occurred to me later that this might have been a fluke, that perhaps this road doesn't always deliver a surplus of wildlife to passing cars. But I finally had the chance to return last week, and the scene wasn't much different: the deer were still all around. 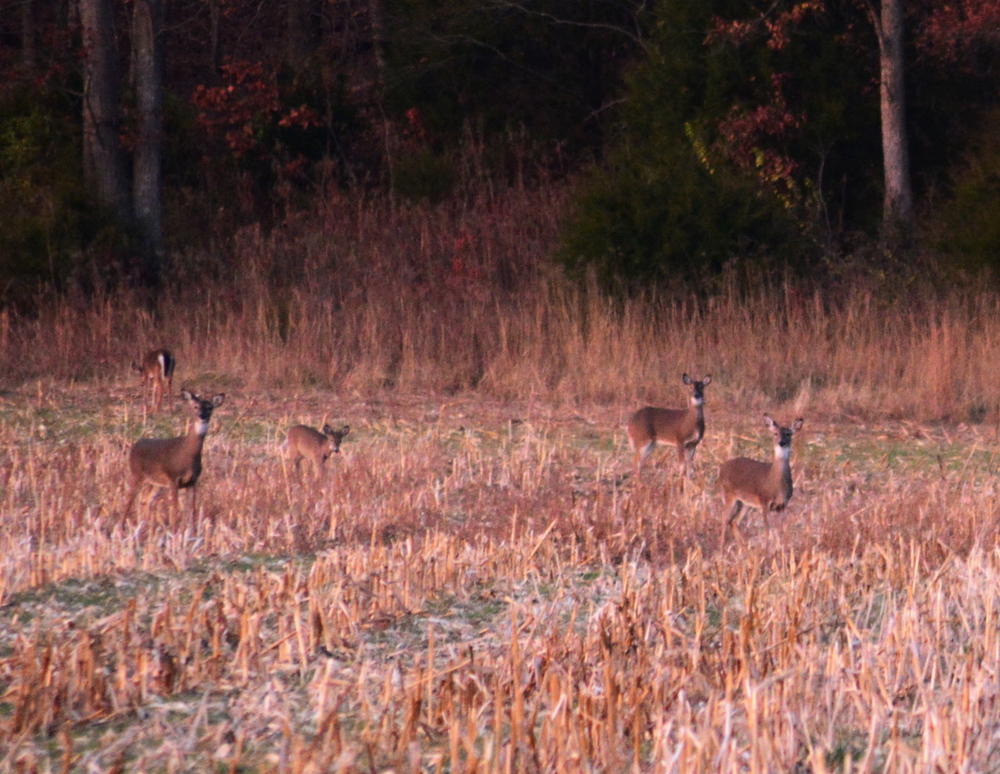 Most of the deer were farther away this time, congregating in the farm fields downhill from the road. But they were still abundant.

Although it's not unusual these days to see deer all over Southern Illinois, Westview Road appears to be one of the better bets for photographing large herds. Now I just need to remember to bring my telephoto lens next time.

Traffic is light on the road (approximately 100 vehicles per day according to one source). Deer, of course, are always a road hazard, but you might encounter another problem: the local farm dogs that like to give chase, and can run surprisingly fast!

I've found that the western half of the road, closest to Highway 45, features the most deer.