The mystery of sunflowers

July weather is awfully brutal for outside exploring, but there is one place in Cape Girardeau County that is worth visiting even on a ridiculously hot day: the sunflower patches at Maintz Wildlife Area near Oak Ridge. This year, several acres of sunflowers have been planted at multiple locations around the conservation area. 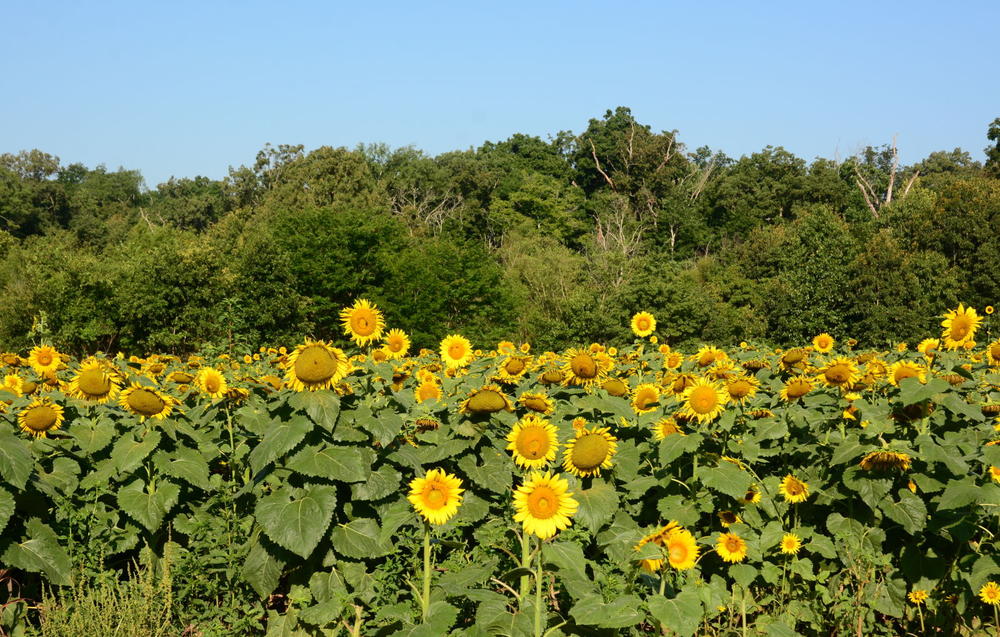 I've been trying to capture the perfect photo at Maintz for several years, but I've been thwarted each time by a different problem. Either the sunflowers are too immature... 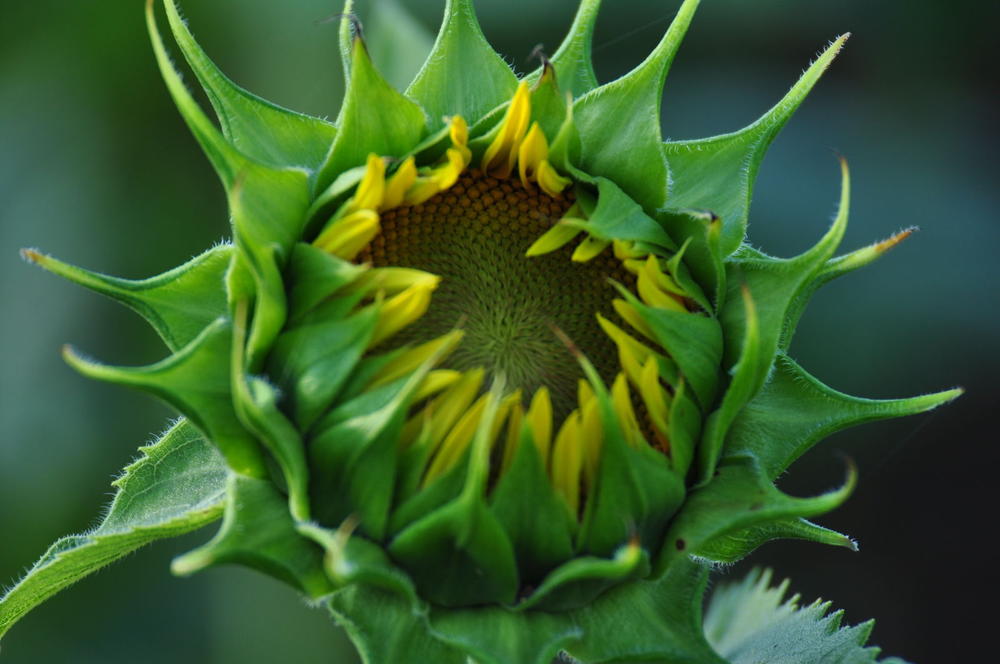 ...or they are past their prime and have started drooping... 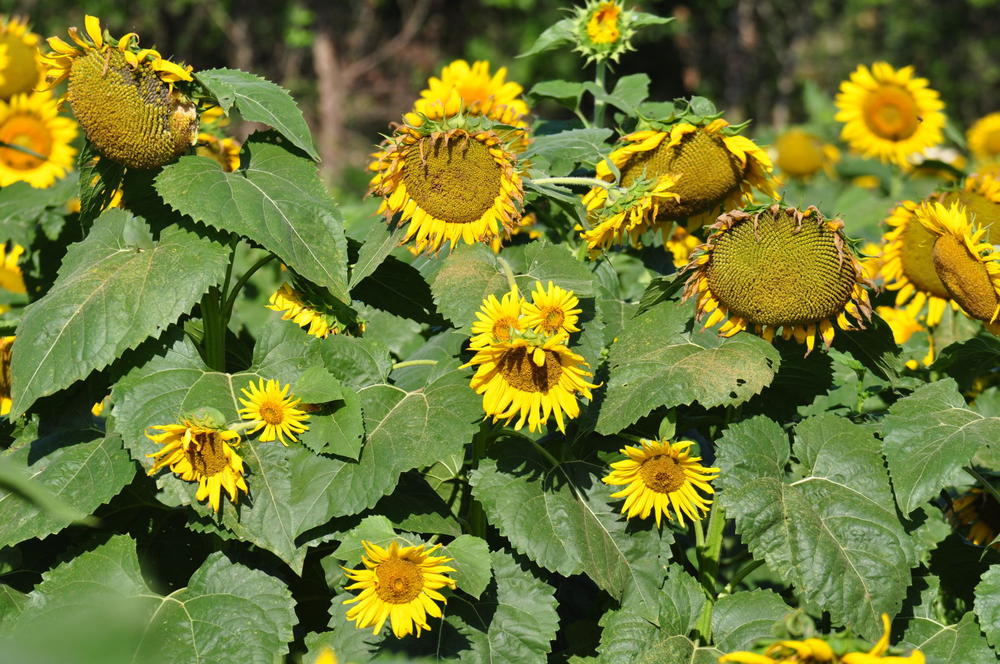 ...or the darn things are facing away from the sun. 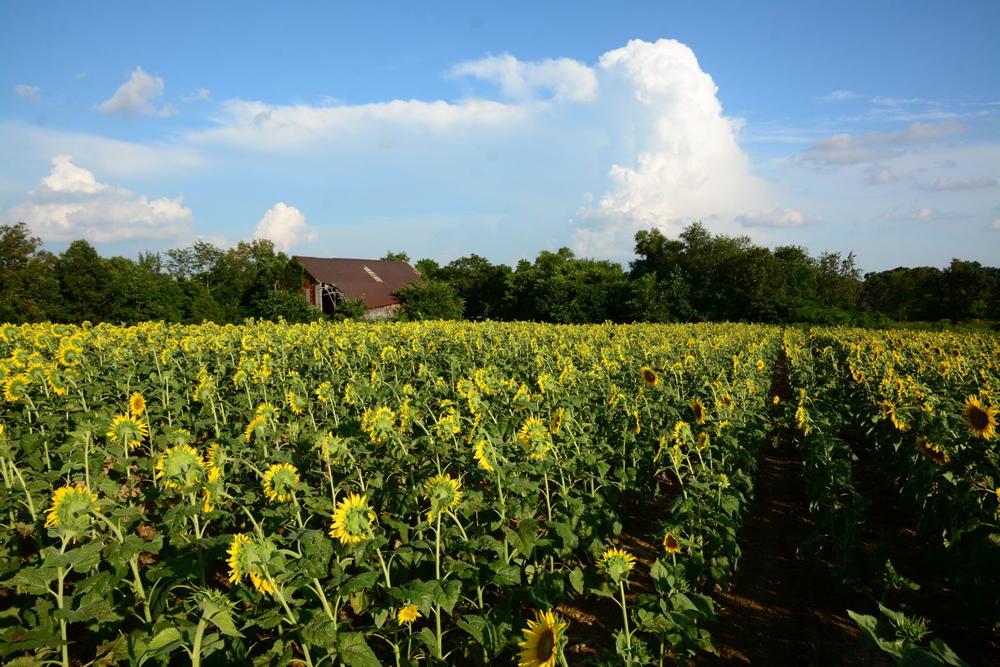 According to conventional wisdom, sunflowers track the path of the sun during the day, turning their heads from east to west. With this in mind, I tried visiting in the evening, hoping to catch the best golden light on the flowers.

But, alas, the conventional wisdom is both right and wrong at the same time. Young sunflowers do track the sun -- a process called heliotropism -- but once they start to mature, they become fixed in place and always face east. 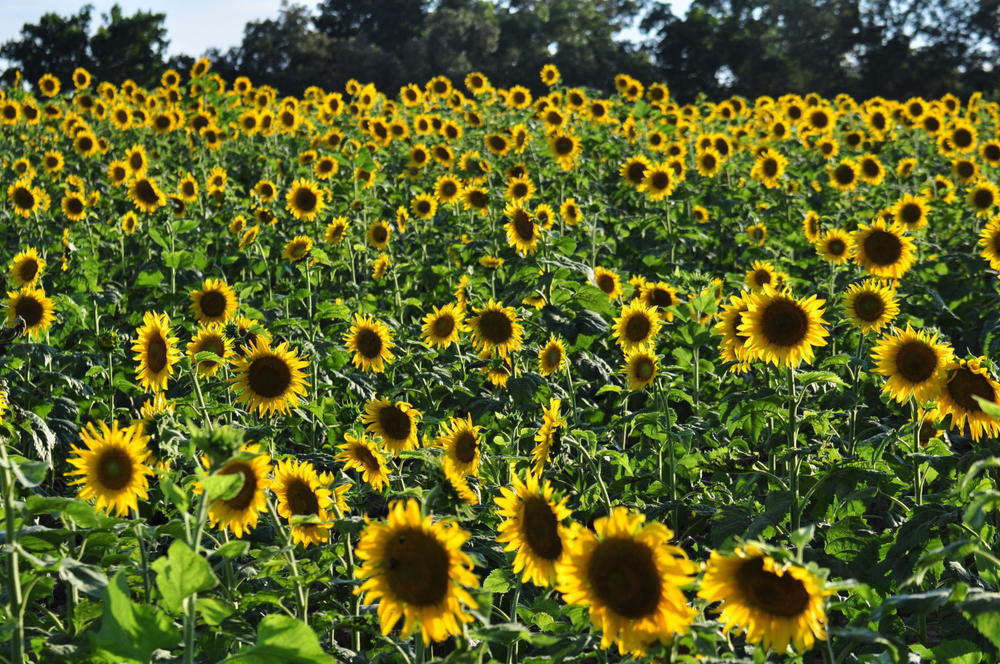 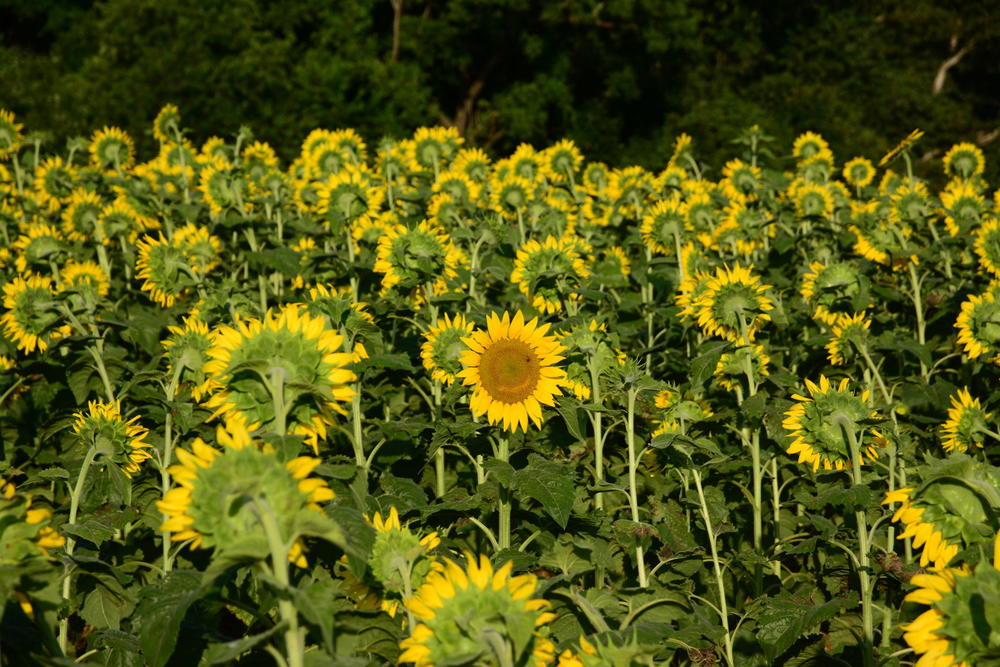 I also found one secluded corner of a field where some of the sunflowers were facing west. Perhaps, because this area sits in deep shade during the morning, the plant's natural tendencies are disrupted. 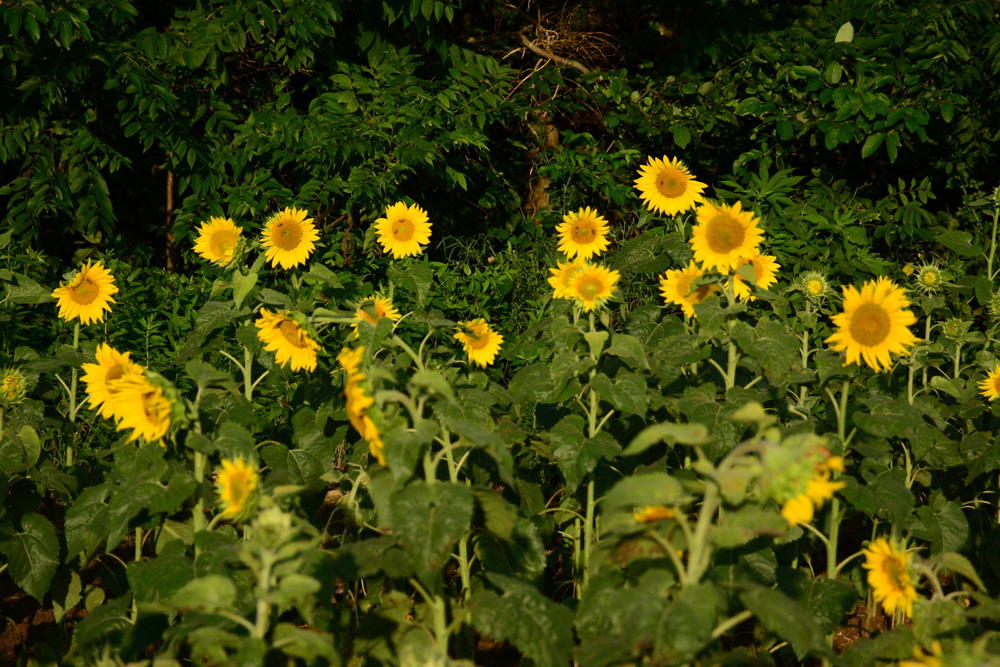 It's not entirely clear why sunflowers behave as they do. According to the National Sunflower Assocation, "When the plant is in the bud stage, it tends to track the movement of the sun across the horizon. Once the flower opens into the radiance of yellow petals, it faces east. No one knows why. However, it is likely a defensive response. Facing south or west could result in sun-scalding of seeds during very hot days." 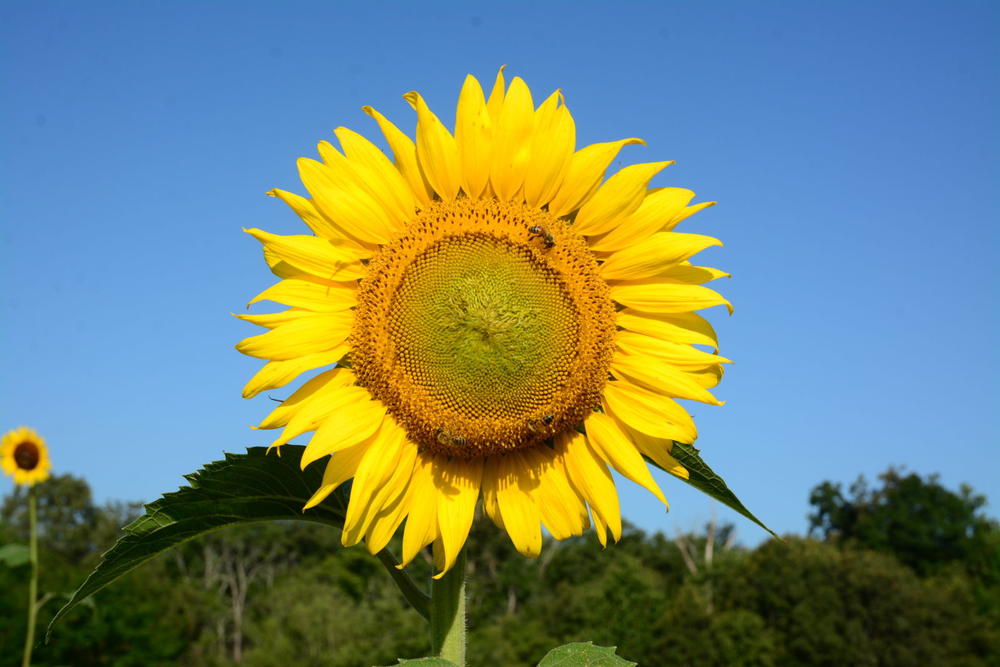 An article in the journal Plant Science from 2014 provides an overview of other explanations. "For instance, it has been proposed that the eastward orientation permits greater reception of radiation in the morning, thus allowing the more rapid drying of morning dew and reducing the opportunity for fungal establishment." 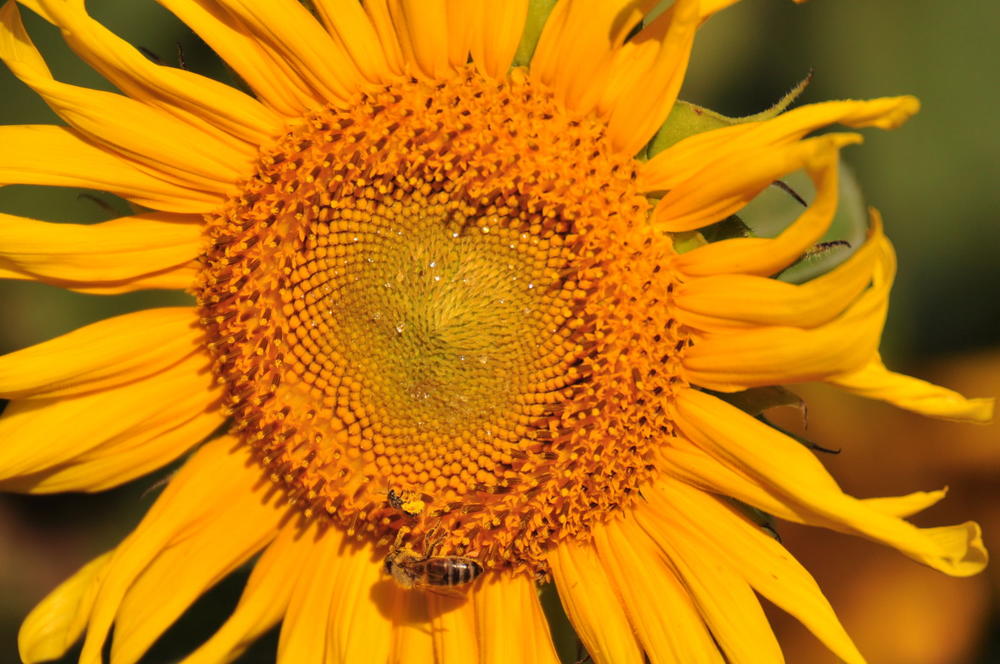 The behavior might also play a role in attracting pollinating insects, which ultimately is what the sunflower is all about. 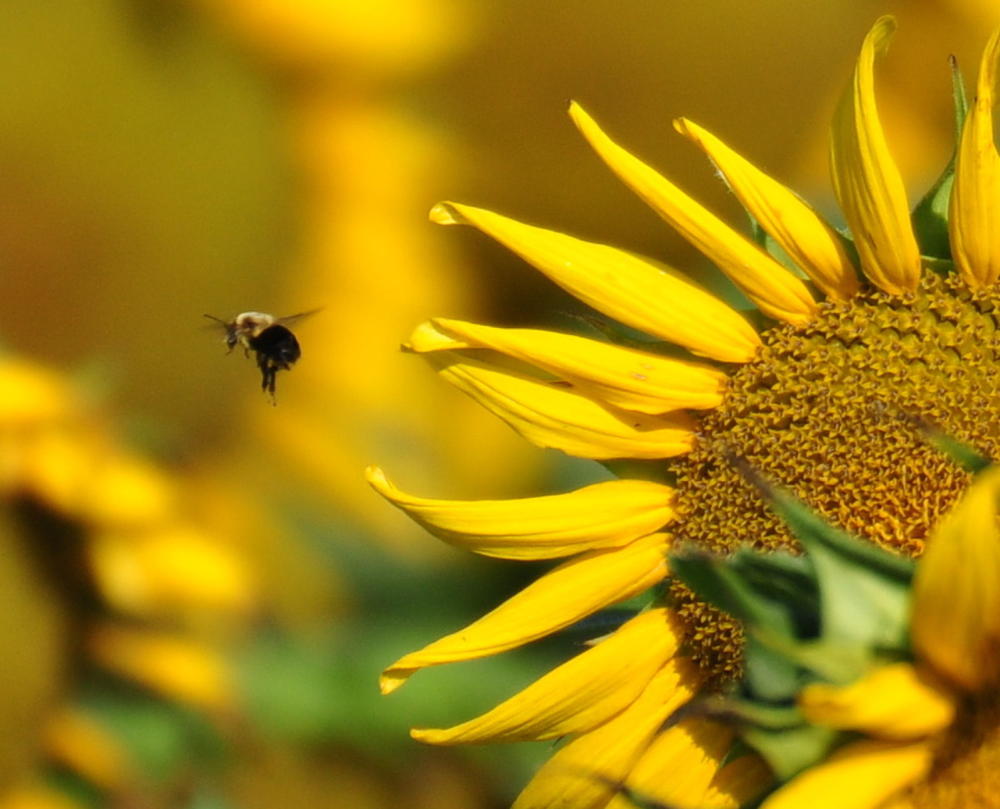 Regardless of the science, the Maintz sunflower patches are a sight to behold -- if you can catch them on the right day with the right morning light.

From Cape Girardeau, take Highway 72 through Jackson toward Millersville. Just before reaching Millersville, turn right on Route B. After two miles, turn left on Route BB near the water tower. Go one mile and look for County Road 471 on the right.

This gravel road will pass two parking areas on the left. The second parking lot, designated as Lot #4, is the best location this year. From the lot, walk along the old farm road a short distance and look for the barn to the right with the sunflower patch behind.