The story behind Themis Street 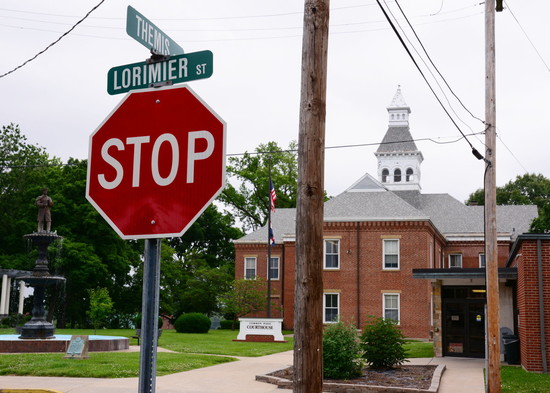 Cape Girardeau is the home to the only Themis Street in the entire United States. An exhaustive search of the U.S. Census Bureau's "TIGER" database does not reveal any other streets, roads, highways, or lanes of any kind bearing the name Themis.

Other nationally unique names in Cape include Aquamsi, Thilenius, Beaudean, and Campster. Surprisingly, Cape Rock Drive is not unique: Prescott, Arizona, sports a cul-de-sac with the name Cape Rock Pass. Lorimier Street would seem like another candidate as a one-of-a-kind name, but Jacksonville, Florida, has both a Lorimier Road and a Lorimier Terrace.

Cape's downtown streets were first laid out in 1806, but the names don't appear on a plat map until the city was incorporated in 1808. Some of the early street names haven't changed in over two centuries: Themis, Independence, Spanish, Lorimier, Bellevue, and Merriwether. Others have been renamed: Harmony Street became Broadway (although a portion of Harmony survives), German Street became Main, and Indian Street became Fountain. 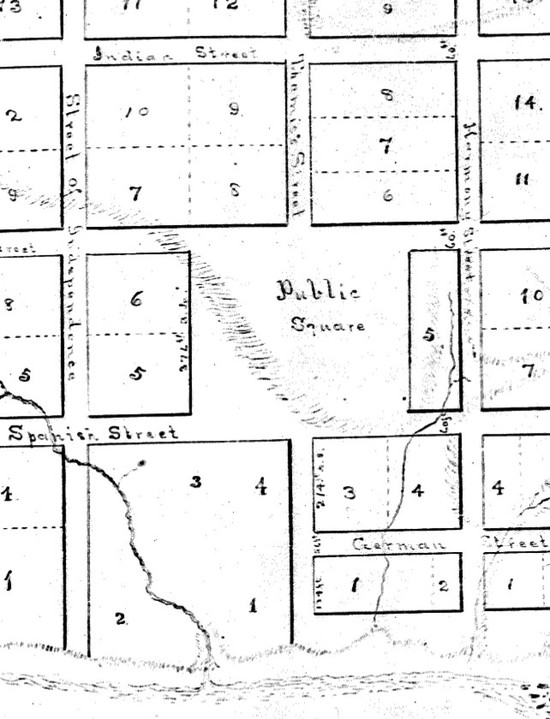 Plat map of 1808 oriented with the river at the bottom

Most of these names are self-explanatory, but who or what exactly is Themis?

Wikipedia defines Themis as a mythological Greek goddess and the "personification of divine order, law, natural law and custom." She is the Greek prototype of Lady Justice, the stereotypical figure wearing robes and a blindfold while holding scales and a sword.

A research guide from the University of Washington School of Law describes Themis this way: "Her ability to foresee the future enabled her to become one of the oracles at Delphi, which in turn led to her establishment as the goddess of divine justice. Classical representations of Themis did not show her blindfolded (because of her talent for prophecy, she had no need to be blinded) nor was she holding a sword (because she represented common consent, not coercion)."

It's fitting, then, that Themis Street leads to the Common Pleas Courthouse. If we think of Themis as an erudite way of saying "justice", then Cape Girardeau was laid out with three parallel streets that represented lofty virtues: Harmony, Justice, and Independence. It was a strangely classical touch for a town that in 1808 was at the edge of civilization.

City founder Louis Lorimier was well educated, but I suspect the real brains behind the town plat and street names was Bartholomew Cousin. Serving as Lorimier's secretary, Cousin also dabbled in surveying, real estate, translating, engineering, and inventing. Some sources described him as a "greffier", a French term for a legal clerk, an important detail because he grew up and was educated in France.

Cousin's life is somewhat of a mystery, but he did provide some important autobiographical details in his will. He wrote, "I am the son of Marin Cousin, a farmer and of Magdaline Pienot, his wife of the parish of Greville on the coast of Manche, or English Channel, three leagues to the westward of Cherbourg in France. I was born 28 Mar 1767, and left France for the West Indies in year 1791."

Indeed, a review of modern maps reveals a placename, Hameau Cousin, located west of the city of Cherbourg in the Normandy region of France, not far from the English Channel.

Cherbourg is famous as the site of an American Civil War naval battle -- yes, really -- in which the USS Kearsarge sank the CSS Alabama outside the city harbor.

Of more local interest, however, is the fact that Cherbourg has a "Themis Roundabout" (Rond-point de Thémis) featuring a statue of Themis dating to circa 1810. 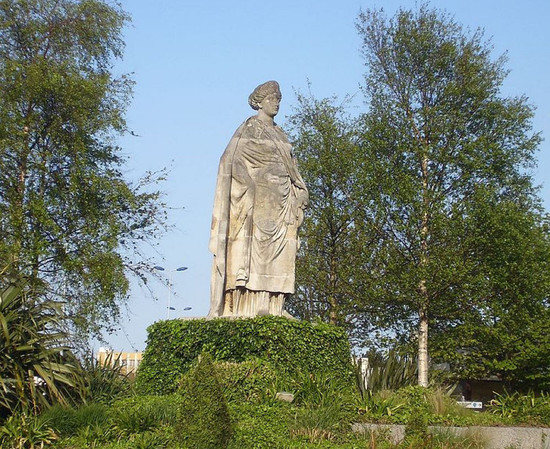 Photo by Wikimedia user HaguardDuNord (licensed under CC BY 3.0)

Cherbourg is also the home port of a patrol boat named Themis. I don't speak enough French to tease out why Cherbourg has such an affinity for this particular Greek goddess, but the connection is clear. This leads me to believe that Bartolomew Cousin's old stomping grounds provided the inspiration for our Themis Street and courthouse square.

And so that's the story of how Cape Girardeau ended up with the only Themis Street in the country.