When approaching downtown St. Louis on Interstate 55, you've probably noticed the Lemp Brewery complex to the left as the highway makes a sweeping curve. Right next to the old brewery is another historic landmark, the Chatillon-DeMenil Mansion, that is harder to see through the trees. Blink and you'll miss it. 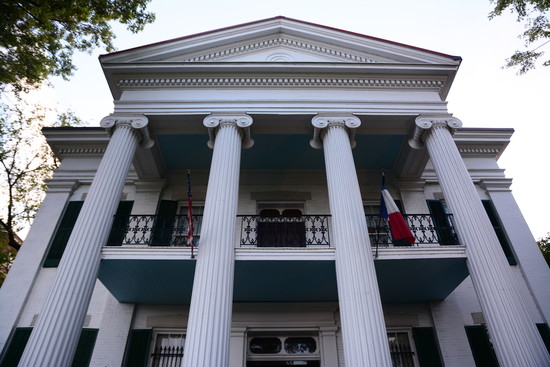 The house represents a major historic preservation success story. In the late 1850s, the property stood in the way of the proposed "Ozark Expressway" (today's I-55). Due to local outcry, the highway department adjusted their plans to allow sparing the house, although an on-ramp was built just a few feet away from the front gate. 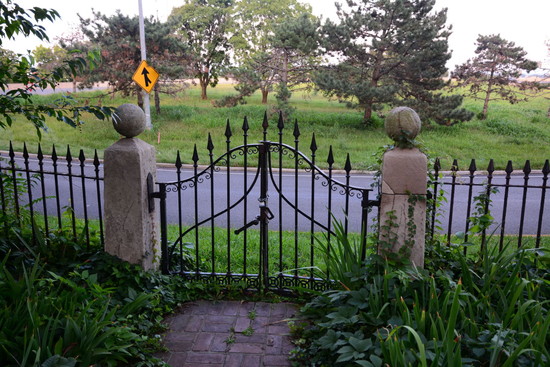 Having survived the bulldozer, the Chatillon-DeMenil Mansion is now operated as a museum and event venue. It was the perfect location to announce this year's crop of Missouri Places in Peril, those historic sites that are currently threatened, but have the potential to become success stories. 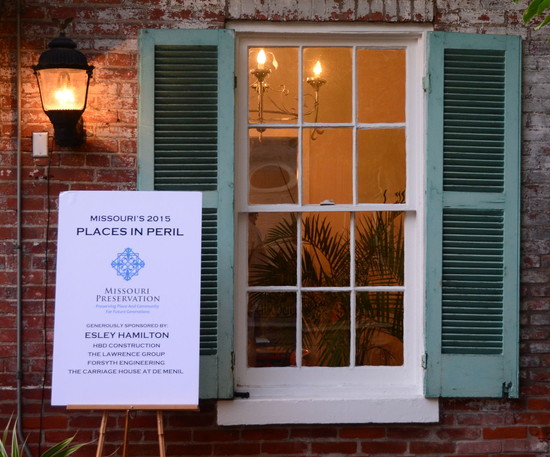 In previous years, this was called the "Most Endangered Historic Places List", but the Missouri Preservation organization decided to change the name to reflect that this is not a contest to see which is the "most" endangered.

An "UnHappy Hour" reception was held Friday evening at the carriage house on the Chatillon-DeMenil grounds for the unveiling of this year's list in front of an overflowing crowd of over 120 people.

Bill Hart, executive director of Missouri Preservation, announced that these properties were selected for the Places in Peril list:

In addition, several places from previous years were also mentioned as "Watched Properties" that have seen progress, but are still in limbo:

The Cape Girardeau area does not have any locations on this year's main list, although two towns in Southeast Missouri -- Bloomfield and Charleston -- are represented on the Watched list. However, that doesn't mean that we don't have any historic sites that are threatened. As I write this, Southeast Missouri State University is poised to fire up their bulldozers yet again -- and this time the university has found a way to target sites in Cape Girardeau and Ste. Genevieve (more on this later).

I should mention that I submitted the nomination for one of the properties on the list: the Bend Road Bridge in Franklin County over the Meramec River. A local campaign hopes to save the bridge for non-motorized use, potentially as an extension of the Ozark Trail into the St. Louis metro area. This would represent quite the coup for Missouri tourism. 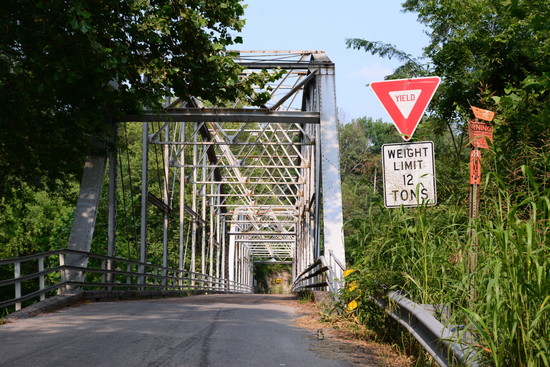