It's the stuff of nightmares: being buried alive. For one Cape Girardean in 1876, this nightmare turned all too real.

Professor Lucius H. Cheney had just completed another school year as the "principal" of the Southeast Missouri Normal School. The school, established in 1873, was growing rapidly. The Board of Regents was certainly satisfied with his leadership, as they had agreed to give Cheney another two year term as principal.

During the summer break, Cheney was participating in a Harvard University summer program in the Cumberland Gap region. A report on the program explained, "By invitation of the Governor of Kentucky, the instruction was, to a certain extent, given in connection with the work of the geological survey of that State." The report added, "The teaching was by excursions, lectures, and assigned field-work. The fee was $50; the board, $4.50 per week."

The roster of participants indicated a wide diversity in ages as well as backgrounds, ranging from a junior class member at Harvard up to an "Assistant Superintendent of Revenue Survey" from Bombay, India.

As part of this field work, Cheney was participating in the excavation of an Indian mound in nearby Lee County, Virginia. Now known as the Ely Mound, this burial mound is, according to Wikipedia, "considered the best-preserved Mississippian culture site in Virginia." 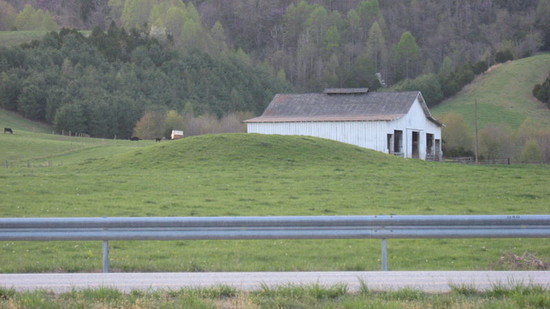 Lucien Carr of the Peabody Museum was overseeing the work, and he would later write a verbose report of the project.

His article includes this chilling account of what happened:

About 4 P.M. of the first day, at a depth of ten feet, the laborers in the central shaft announced that they had found human remains, and Mr. Charles B. Johnson of Gibson's Station, Va., immediately descended into the shaft and began in person the work of disinternment. These remains were subsequently found to belong to two children, but as they had been evidently buried together in one grave, we shall for the present classify them as Grave No. 1. In a few moments the announcement was made of a similar "find," No. 2, in the side excavation at a depth of six feet from the surface. To this point, Prof. Lucius H. Cheney of Cape Girardeau, Missouri, a student in the Harvard School of Geology, at once repaired, and as he had had some experience in opening mounds in the south-eastern portion of his own state he was placed in charge of the excavation. The remains at each place were found to be in such state of decay that it required the utmost care to extricate them from their earthen mould. To one who has had experience in this delicate work it is needless to say that the spade and shovel have to be discarded, and that prone up on the ground the conscientious workman must be content to pick out the bones one by one, or as is far more frequently the case, piece by piece, with a pocket knife or some other instrument of equal delicacy.

Whilst lying in this unprotected attitude, and just as Prof. Cheney had declared with great earnestness his belief in the possibility of saving the entire skeleton, a sudden rush of spectators to the brink of the side excavation, to see what was going on, caused a section at the top of the wall, along its entire length, to give way and fall upon those who were at work below. Prof. Cheney and Mr. Johnson were completely buried by the falling earth; one or two others were caught, and although not entirely covered up, yet they were held fast until relieved by outside assistance. All hands at once sprung to the rescue of our imperilled comrades, and in about twenty minutes, the lifeless body of Prof. Cheney was reached. Every effort, guided by the advice of a neighboring physician, was made to resuscitate him, but in vain. The mass of earth had fallen on his neck and back of his head, and the blow had doubtlessly caused instant death. Mr. Johnson, who was at work in the central shaft, was buried some four feet deeper, and was not reached until five or ten minutes later. He was severely bruised but fortunately suffered no other injury from his painful and dangerous imprisonment. This sad accident of course put an end to our work for the time being; and it was not until the next week, after the last sad offices had been paid to our friend, that Mr. Johnson, in nowise daunted by his narrow escape, returned with me to the mount for the purpose of finishing the excavation, at least, to the extent of the original plan.

It took some time for Cheney's body to be transported back to Cape Girardeau. The funeral wasn't held until July 22.

The Missouri Cash-Book newspaper published an exceedingly detailed -- perhaps too detailed -- account of the funeral service:

The funeral of Prof. Cheney took place on Saturday evening, July 22, and was one of the most imposing ever witnessed in our city. The remains had been conveyed to the Baptist church under an escort of Masons, who remained with it, relieving each other at intervals of two hours. There the pupils of the Normal school decorated the casket with wreaths of laurel and lilies and handsome bouquets. At 4 p.m. the members of St. Mark's Lodge, No. 93, A.F & A.M., also of Wilson R.A. Chapter No. 73, formed in front of their hall and proceeded to the church, which was densely crowded with people regardless of party or sect who came to attest their high regards for the departed scholar.

The services were opened with music, solemn, grand and suitable for the occasion; then, after an earnest prayer, the Rev. J. C. Maple delivered a short discourse, which left but few dry cheeks in the congregation. The Normal students then joined in a parting hymn timely executed.

The Masons then took charge of the remains, and marched toward the cemetery, followed by the Normal students in double file. Then followed the citizens, old and young, marching in like order, followed by a long line of carriages. At the grave, the ceremonies of the fraternity were solemn and impressive, conducted by Deputy Grand Master W. B. Wilson, assisted by the Rev. J. C. Maple. When the services were through, and last sprig of Cacia deposited on the casket, the congregation were dismissed with the benediction. The members of the order formed a close circle around the grave, the casket was opened, and the body examined and fully identified by his brethren who loved him so well. Then all that was left of Lucius H. Cheney, the ripe scholar, the true Mason, the faithful friend, and loving husband and father, was deposited in its last resting place, leaving a void in many a heart, and vacant place in the corps of teachers of the S.E. Mo. Normal school that will be hard to fill. Space will not permit me to enlarge. Enough to know that his ability was well known, and the best proof of it that he had been re-engaged by the regents for the next two years to preside over the Normal. He will be greatly missed by the people of this community. 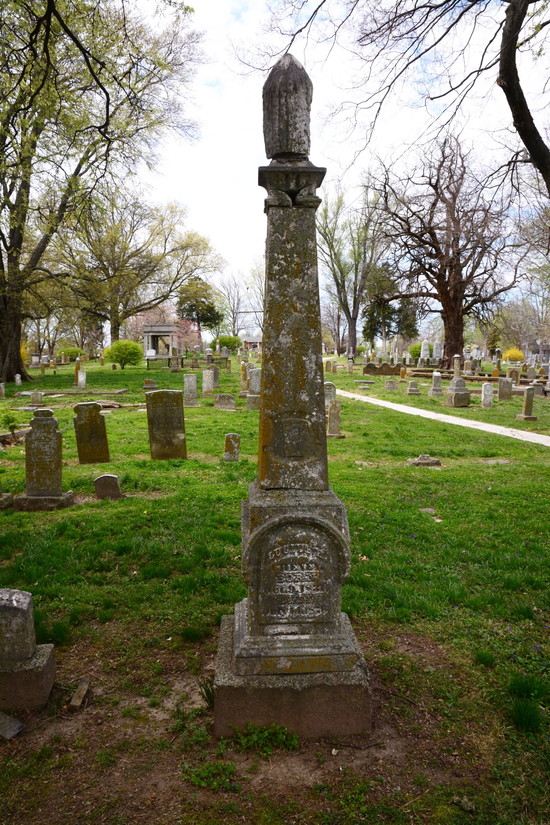 Cheney's wife Frances briefly served as interim principal. She was more than qualified: she had already held the title of "assistant principal" since the school opened in 1873, and she also taught Geography and History.

The Board of Regents would pick a new replacement principal, Alfred Kirk, but his tenure was short-lived. By the next summer, the Cash-Book was lamenting the trouble in finding a good leader. "We need some good western man--one who is qualified to discharge the duties of the office, and who will make himself one of the people," the Cash-Book wrote. The newspaper recommended Prof. C. H. Dutcher of the Kirksville Normal School, an endorsement that was shared by the Regents, who selected him as the third principal.

Even after her husband's death, Frances Cheney continued as faculty member. Her obituary in the March 10, 1888, Ste. Genevieve Fair Play stated: "Mrs. Cheney, with her late lamented husband Prof. L. H. Cheney, was of the first faculty of the Southeast normal district school, and occupied various chairs during a period of fifteen years' continuous service." The obit added, "The services here were very impressive and were very largely attended. Mrs. Cheney was held in very high esteem, and during her long connection with the school wielded an influence for great good."