Mardi Gras in New Orleans: Not what you probably expect 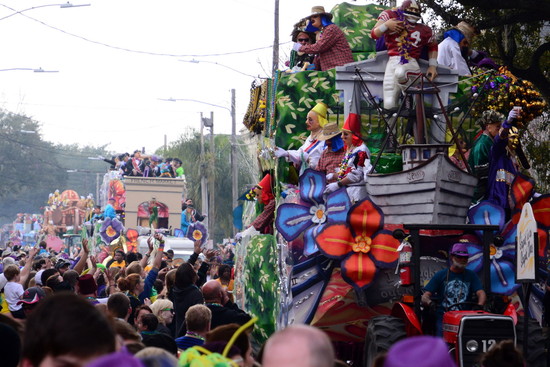 In reality, the wildest debauchery is only tolerated in the French Quarter. The rest of the city, believe it or not, is generally family friendly. Indeed, the parades are actually geared toward children. 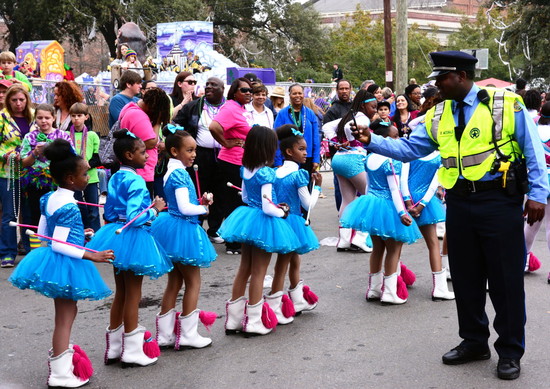 Families line the parade routes, jostling for the best position to catch the most beads, toys, and other trinkets that are hurled from passing floats. Many of the big parades follow the "Uptown" route along St. Charles Avenue, a wide street with a median (called a "neutral ground") that is perfect for parade watching. 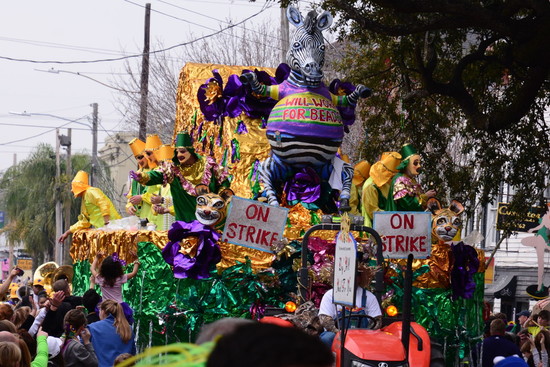 A popular strategy is to bring ladders that are outfitted with seats for children so they can see above the crowd and have a better chance to grab throws. The ladders have built-in wheels so they can be folded and easily rolled down the street. 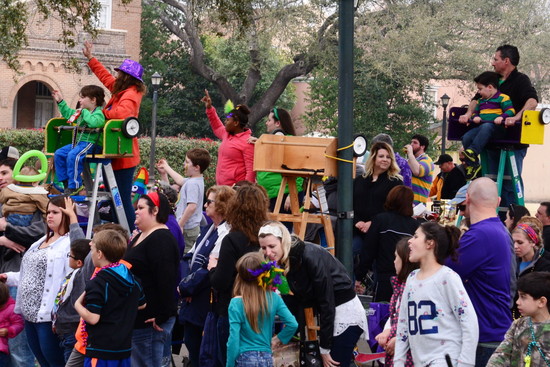 Other paradegoers try to maximize their hauls by waving buckets, baskets, signs, and other kinds of targets -- anything to grab the attention of the masked float riders. 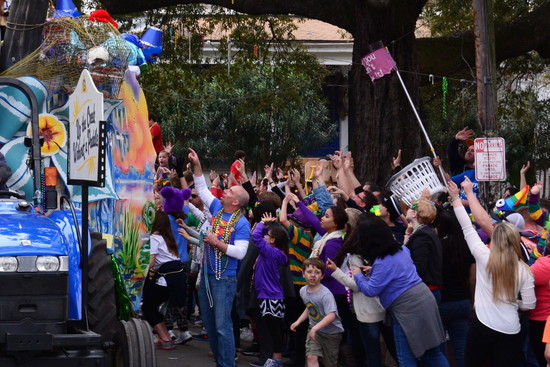 A smart strategy is to bring a pick-up stick to grab trinkets out of the air, or to safely snatch items on the ground. Bending down to pick up something that lands on the street is a good way to get your hand trampled or run over, so most New Orleans natives don't bother. 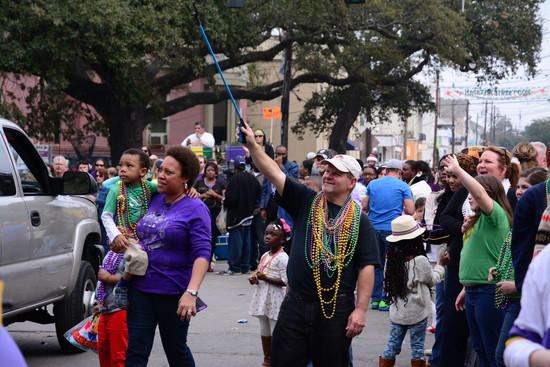 It's helpful to stay away from trees with low-hanging branches. There's nothing more depressing than discovering that an inanimate tree is better at catching beads than you are. 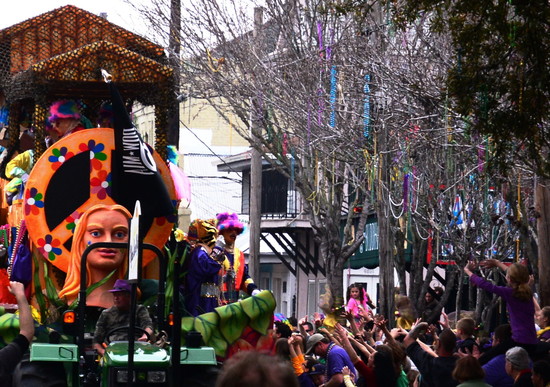 The crowds at the bigger Mardi Gras parades are intense. Imagine the Homecoming Parade in Cape Girardeau, but spread out over multiple weeks, with several hundred thousand people lining a much longer route -- and with looser city ordinances in effect. 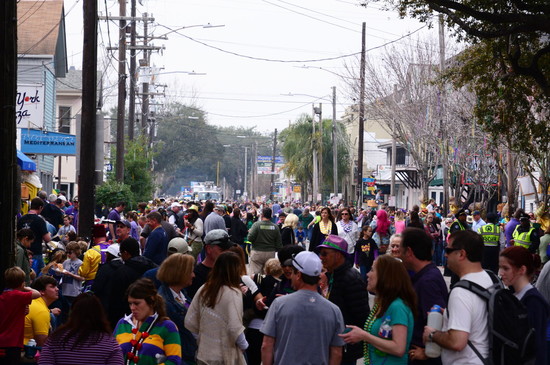 New Orleans residents think nothing of rushing up to moving floats, perching their children on tall ladders, or dragging large coolers of beer down the middle of the street. Parade riders don't think twice about hurling large objects (including unopened bags of beads) at high speed. Our own city fathers would go nuts if Cape Girardeans started doing these things: the safety and liability issues would give them a nervous breakdown. 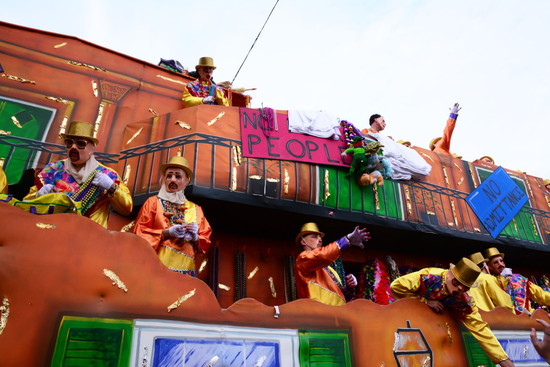 That's not to say that Mardi Gras parades are recklessly unsafe. New Orleans police officers are deployed en masse along the route; although they tend to be friendly, they are experts at crowd control. The crowd is allowed to push close to the floats, but marching bands are a different story. The band chaperones insist on spreading out to occupy every square inch of the street in order to protect band members -- and if that requires bulldozing spectators back to the curb, so be it. 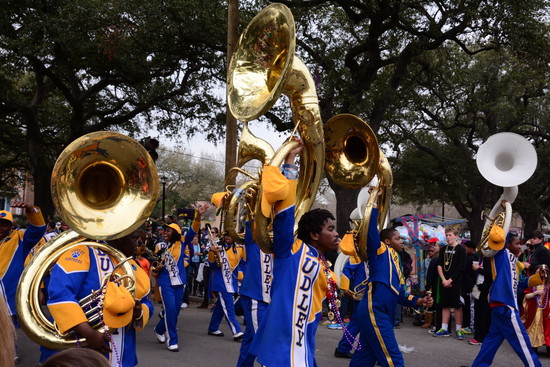 The very first vehicle in a parade is a utility truck with a large pole checking for sagging power lines and other dangerous obstructions -- a task made even more important by what happened in Haiti this year. 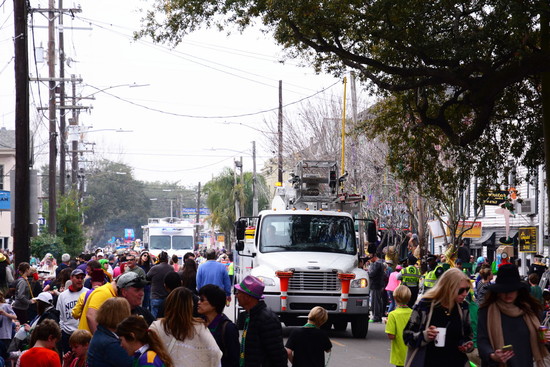 Next up is a fleet of police vehicles, then the parade gets underway in earnest with an assortment of elaborate floats, marching bands, dancing groups, horseback riders, wagons, and even stilt walkers. 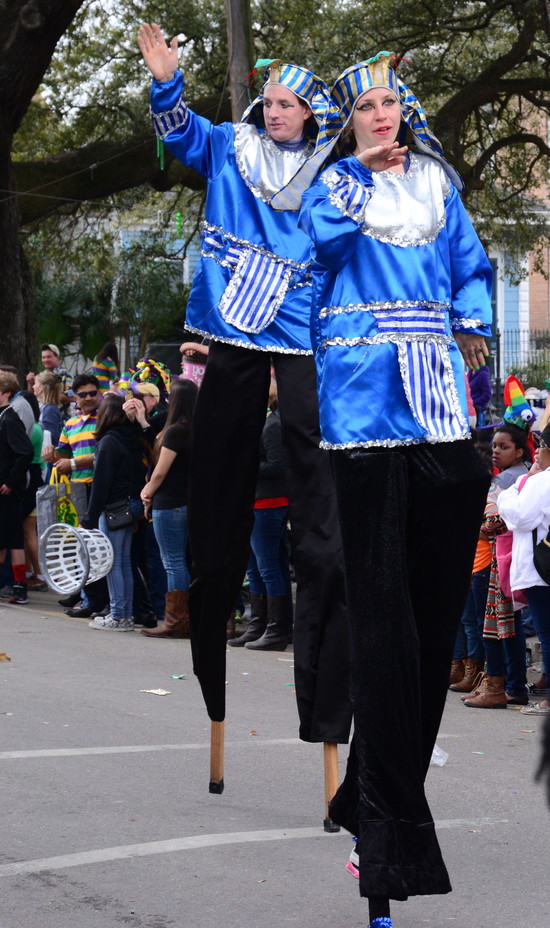 The floats can be massive double-decker structures. Some have two articulated sections for better handling around corners, much like a train. Since the parades can last for several hours, the floats have hidden bathrooms so the riders can drink all they want without suffering later. 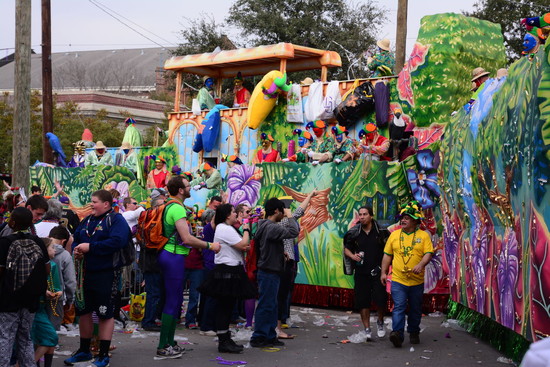 Each "krewe" that organizes a parade picks their own theme for the year. Krewe of Okeanos, for example, chose "Okeanos Parades The Kings" which included floats for King Henry VII, King Kong, King Tut, King James -- and yes, even a creepy-looking Elvis, the King of Rock & Roll. 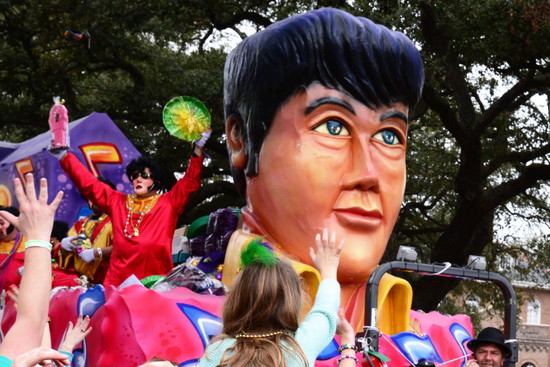 This year marks the 200th anniversary of the pivotal Battle of New Orleans, and so the Thoth parade delivered an Andrew Jackson float. 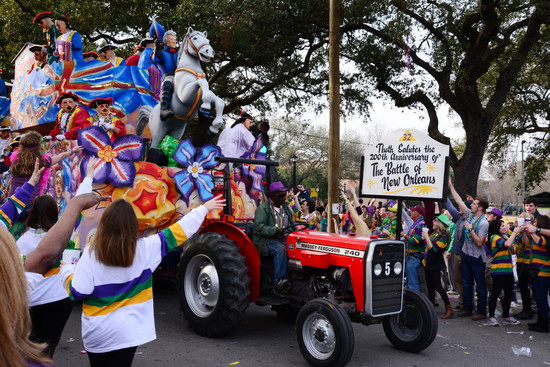 Other floats are a little more obscure with their references. 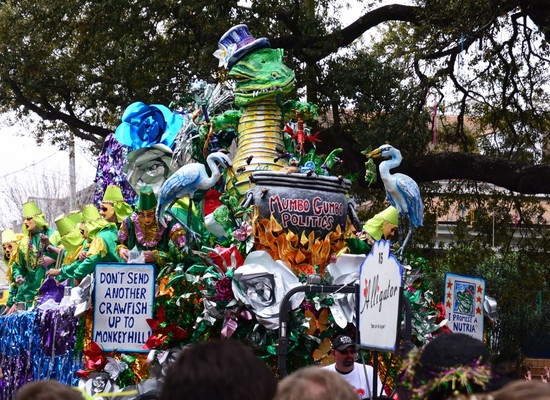 Thoth's final float, which capped several hours of parades, was in the form of a Viking ship with the proverbial singing fat lady. 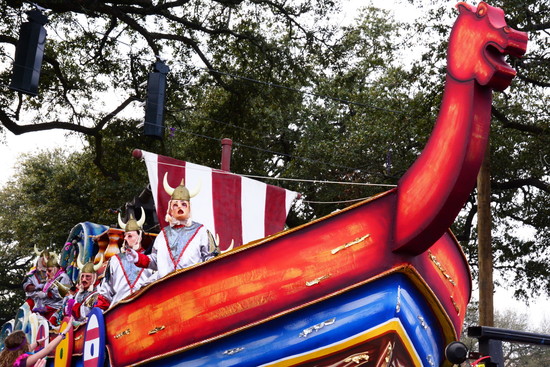 Mardi Gras in New Orleans is sometimes described as "The Greatest Free Show on Earth." I heartily recommend it as a bucket-list item for anybody. And there's no reason why you can't bring the whole family - if you stay away from the French Quarter.